After entering to the Red Storm Rising Fb page the usual thing happen and we started showing each other our toys like grown up kids we all are. 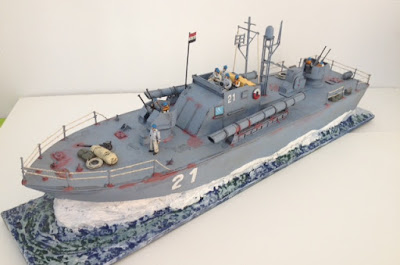 The Soviet made P-6 torpedo boat of Saddam's navy participated in the ill-fated operation around the Saudi Arabian city of Khafji, besides many actions in the previous Iran-Iraq war. 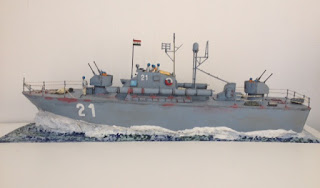 The model started from the hull of the Tamiya 1/72nd Japanese modern Torpedo boat. When I first bought it I think I made the same mistake as many: no, this is no WWII Torpedo boat... 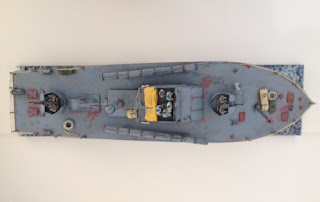 Well, the mistake was made. But Later while reading about Khafji I found some utility for the model. I scratch-built all details usig only the torpedoes from the original kit and its nice crew figures to produce a sort of P-6. 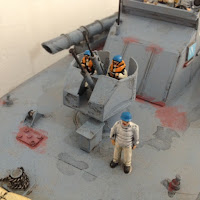 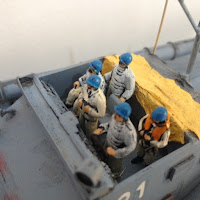 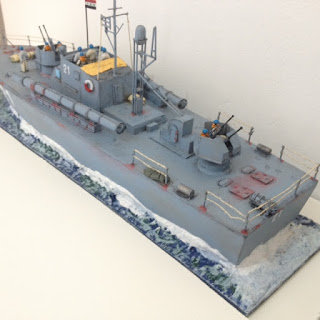 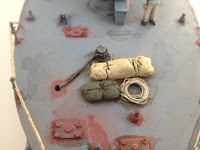 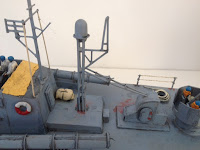 Looking at real pictures of the boat the final result is not bad. In fact any flat deck hull of a PT shaped boat can be used if you want to produce a post-WWII Soviet torpedo boat.
Posted by João Pedro Peixoto at 16:37