In a stormy sky a Nationalist Cant Z 501 prepares to get to its naval base while passing over the village of Casa Sola. 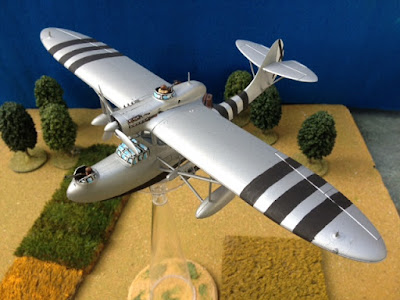 The model is the old but still very nice Italeri model. All insignia and numbers are hand painted (it shows sometimes...). 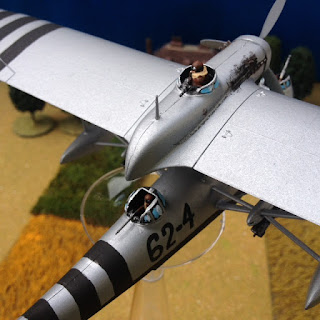 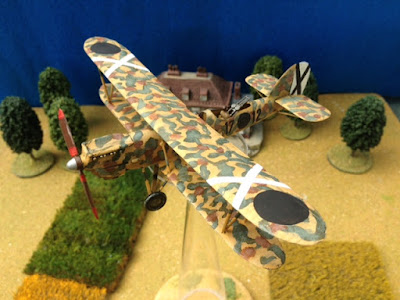 From KP came this Czech Aero A101. The Nationalists captured a batch of them inside a Republican  ship and used them against their previous owners. 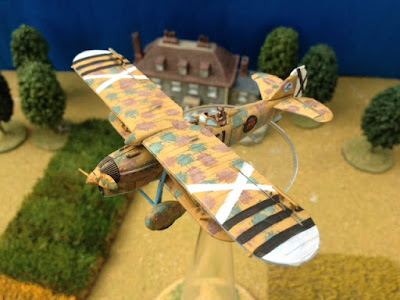 Top ace of the war, Comandante Garcia Morato, on board of its Fiat CR.32. 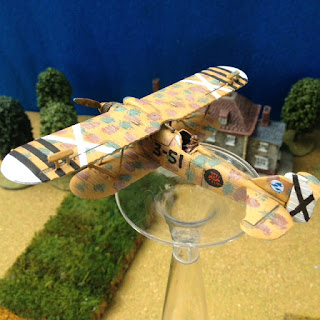 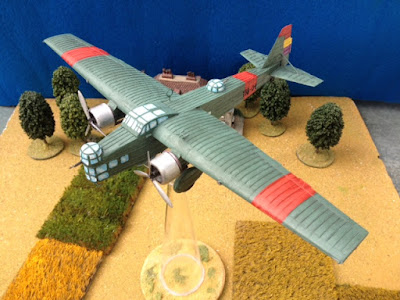 Directly from France, and apparently using the same aerial corridor of Casa Sola, here it comes a big Bloch MB200 from SMER on the service of the Republican airforce. Again no interiors and painted windows which speeds painting procedures a lot. 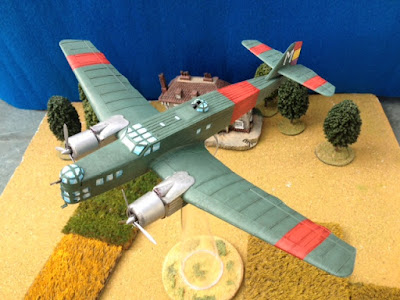 The more modern Bloch MB210 from Heller also arrived just in time before French government cut the weapon support for the Spanish Republican.

The positions of France, England and USA (with a strong catholic lobby in the Senate and White House and plenty of oil sales to the Nationalists) during the conflict were shameful. As democracies they should have helped the Republic, but instead they bought the promisses of non-intervention of both Germany and Italy, which of course were broken almost immediately.

In the end only the USSR and Mexico gave assistance during most of the conflict to the Spanish legitimate government and Hitler and Mussolini came out of this war with enough confidence to do what they did in the next few years: WWII.

Posted by João Pedro Peixoto at 08:52