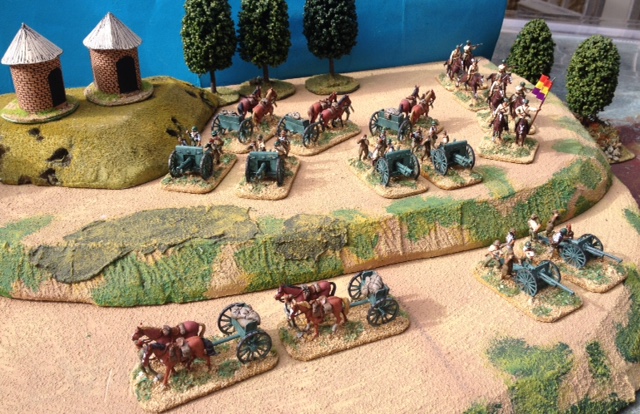 Near Dos Molinos the Republican artillery deploys before the advancing Nationalists. But here they 'No Pasarán'. 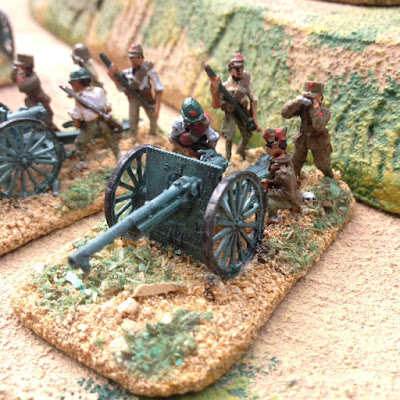 The box of the FirstToFight 75mm Schneider gun comes with a pair of highly detailed model guns. When I first looked I thought some kind of mistake hapenned and FTF got them in 1/100th scale or something like that. But no, after some measures I concluded its the others I have from other brands that are a little bit on the large size.

The crew are Irregular Miniatures and they go well with the guns. 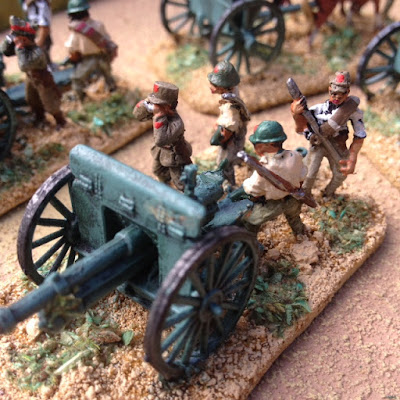 Also four HAT Russian Putilov 76,2mm guns also joined the defense of Dos Molinos.  The models are simple but a pleasure to build with only a few pieces on the contrary of FTF guns. 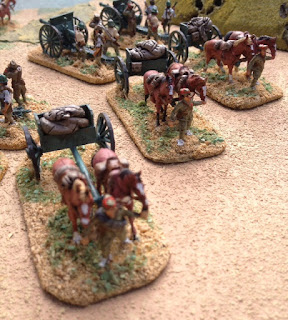 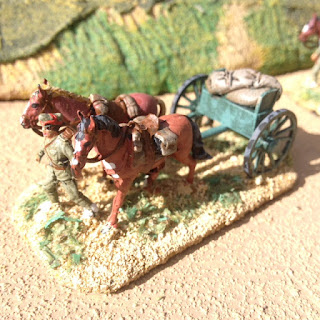 These are the limbers, now painted, from two posts ago. 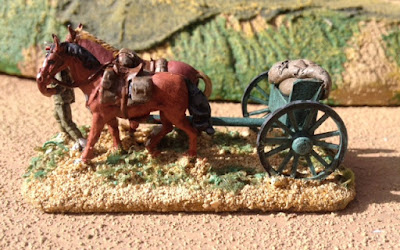 For the spanish artillery green I used GW Waaagh!Flesh - damn stupid name, but very close to the true colour I saw in Spanish museums. 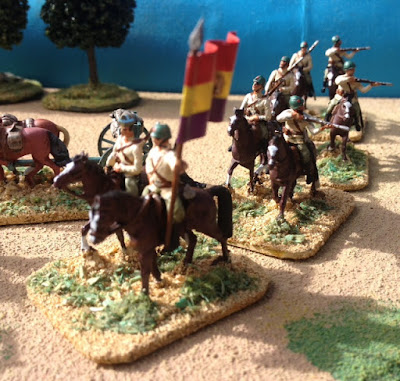 The cavalry mixes the until now useless Hasegawa cavalryman and Revell Cossacks with Adrian helmets. 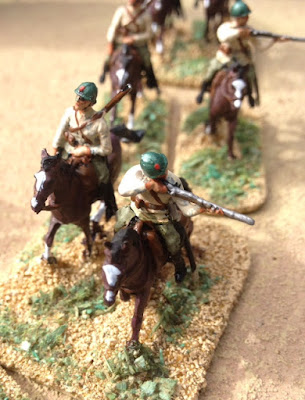 Posted by João Pedro Peixoto at 14:56