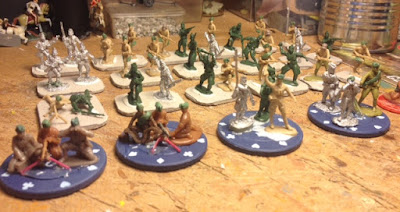 This Bandera is made out of metal figures from IM, green figures from BUM, desert yellow from Japanese Esci/Matchbox and Russian Italeri and Brown ones from Revell WWI Germans and Esci WWII Brits. 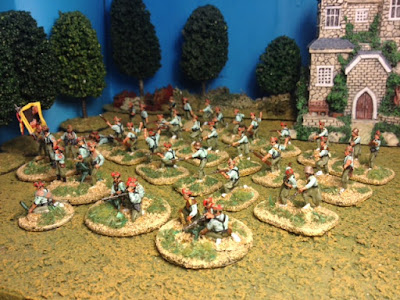 After a week of practice ( painting, I mean) 1st Bandera gathers around the village of Casa de Piedra somewhere in North/Centre/South Spain trying as always to conquer Madrid from the Rojos. 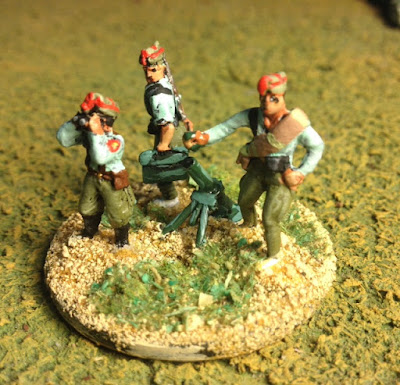 The mortar stand has two metal IM and the old plastic copy of the Japanese officer from Esci. As in many other figures the head was shaven and a GreenStuff Isabelino was modelled instead. The rest of the sword was made into a sort of mortar shell.

The Japanese uniform, as well as the Russian, suits most of the SCW Nationalist infantry as they have very close cuts. 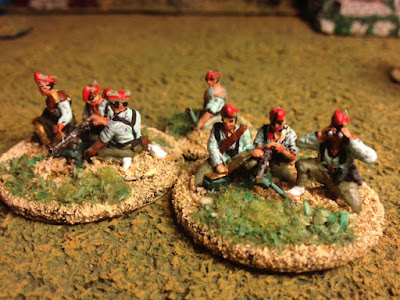 The Banderas of the Legion had extra Mg's here the ones from the Matchbox along with firers. To the left the ammo feeder is Esci British and to the right both feeder and observer are Revell German WWI.When modelling the borlitas on the caps I didn't notice I've made them too big and now they look like cucumbers. 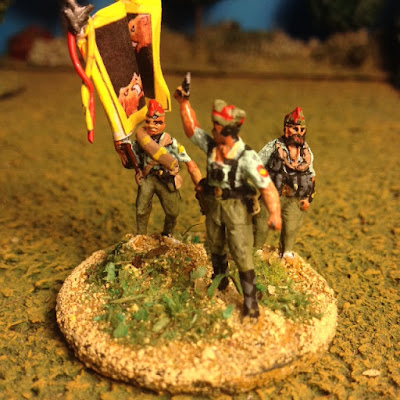 The command stand has an IM flagbearer, a Russian Revell officer with many cuts and scars and a BUM gastador. 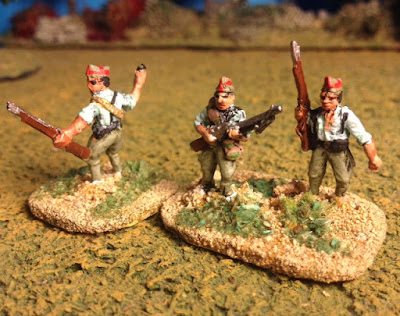 Metal IM figures. For those who look at Irregular Miniatures with suspicious eyes take another look at their SCW range which not only is very complete as the figures are very well sculpted. 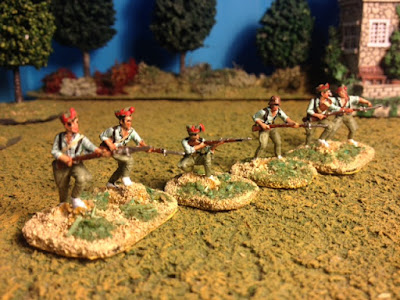 Here you have the Japanese from Esci (first three); an helmeted figure with WWI head, japanese  Esci torso and legs from cheap japanese copies. 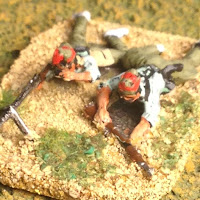 This LMG has a Japanese firer and a BUM figure.

Next: I think I'll go for break on the SCW and show you some WWII oddities or Gulf War stuff.