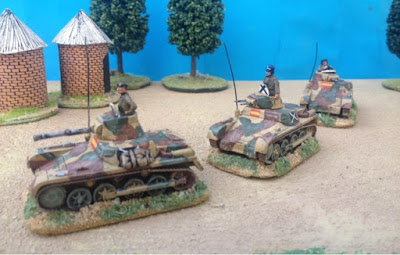 After all they 'pasaran'... At Dos Molinos a column of triumphant PzI advances clearing the Ex Republican positions. 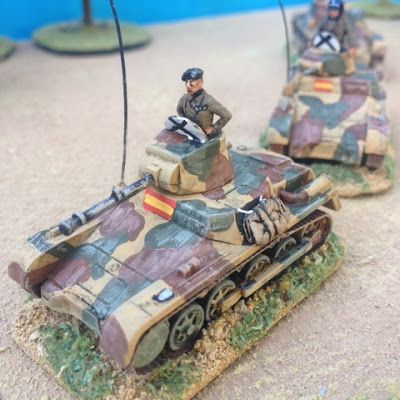 The models are Minairons. They are easy to build, three in a box and they even offer the 20mm Breda conversion turret. In the one above even the Matchbox Monty gave a hand proving the suspicious role the UK had in this war... 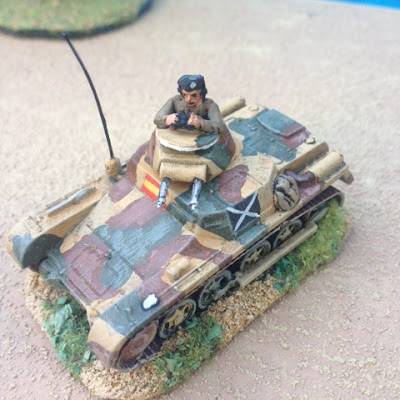 This is the standard Pz I this time with a figure from PSC with a new beret. 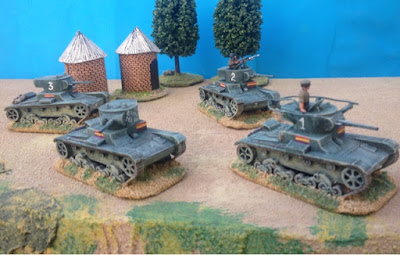 Hey, Pavlov's T-26 counter attacked and the tiny Pz I are all gone or destroyed! After all they didn't 'pasaran' as it happened so many times during the SCW in which the positions were conquered only to be lost in the next assault. 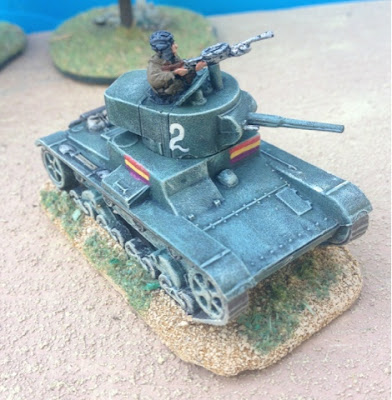 The T-26 are Minairons again. Simple but well designed models with two in a box. This one has a Irregular Miniatures Russian paratrooper cut to fit the turret with its Degtyarev Mg. The command version on the previous photo has a metal antennae scratch built around its turret. 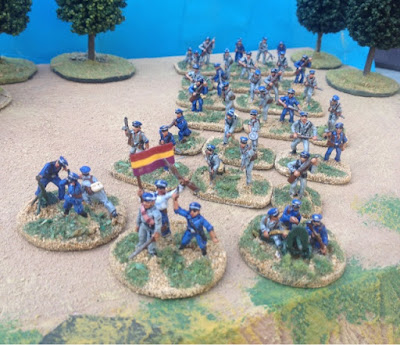 The ground is only secured with boots on the ground. Six companies of Guardias de Asalto arrive. For Rapid Fire! I represent them with five figures as they were 60 per company only . They are a mixture of metal and soft plastic conversions. 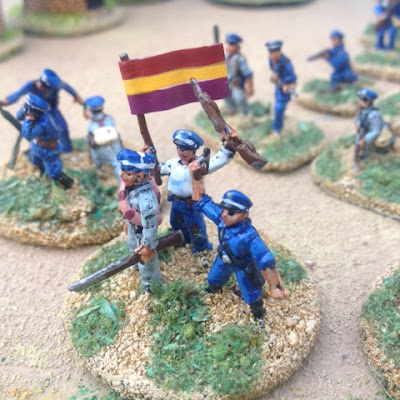 The command stand is a full IM filled with rejubilant figures. 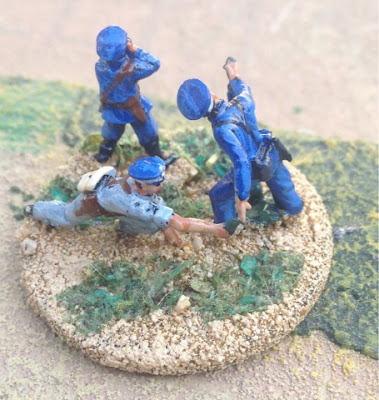 The mortar stand shows the a Guardia de Asalto in blue uniform (right) made out of
a) Head from the Chinese copy of Airfix 8th army officer;
b) Upper body from Esci US WWII mortar firer;
c) Legs from Revell Marines.

The other blue figure is IM and the grey one is again Revell with a new head. 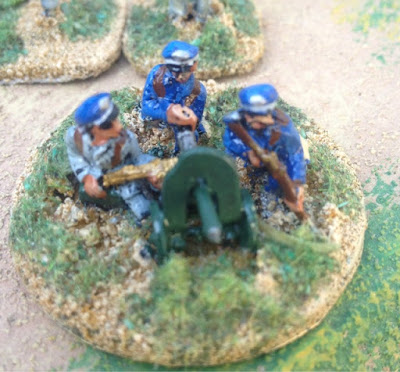 An all IM stand .

In most two-figure stands I try to place one metal and one plastic figure. In all stands you can see the same Revell Marine changed with new headgear and weapons.

More of the same this time. The figures in the extremes are the same Revell Marine figure but one has an Isabelino cap and the other one uses the usual gorra de plato of the Guardias de Asalto.

Next: Legionários or planes, or may be both.