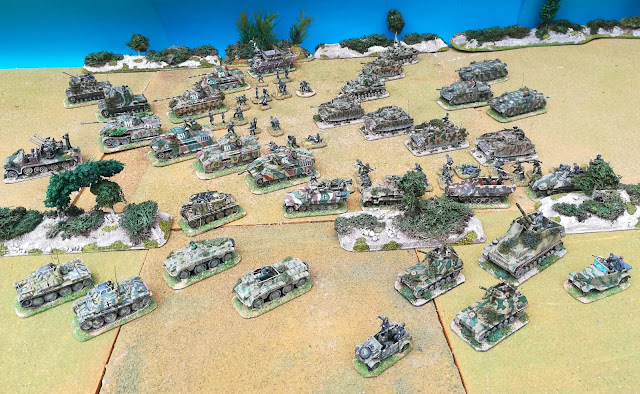 The 116th Pz Div. was still in a good shape around the time of the Mortain operations. It still boasted  around half of its Panzers and SPG's and, in spite of a big shortage in trucks, was considered 'Kampfwert I'. 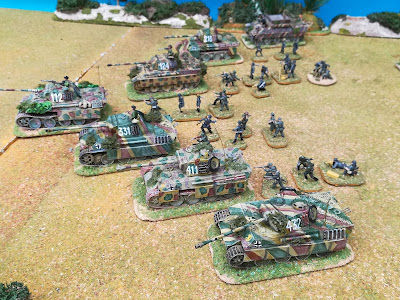 The Panther battalion was on loan from 24th Pz. Div. as the division's Panthers were still training in Mailly-le-Camp. The models are all 1/76th scale and a mixture of Nitto/Fujimi, Frontline Wargaming and Matchbox. The far away Bergepanther is another Altaya model. Due to the shortage of trucks in the Pz. Gren. Regiments I placed the 2nd battalion of Pz. Gren. on foot. Another reason for this is my own shortage of model trucks... 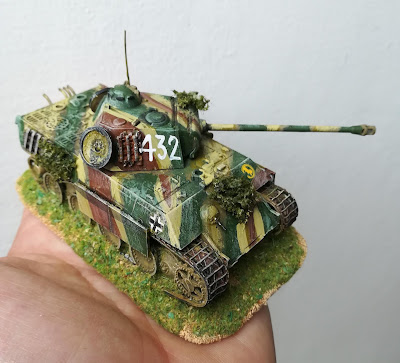 The Panthers from 116th Pz. Div. had camouflage on most of its areas. Another distinctive characteristic were the spare wheels placed at the rear of the turret. The division's symbol is of course the one from 24th Pz Div. This model is Matchbox with EverGreen side protection and extra tracks also for protection. 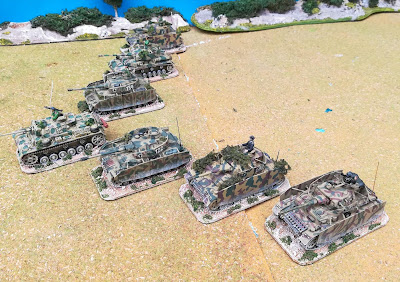 The Pz IV battalion is also 1/76th scale with models from Airfix and Skytrex. Leading the Panzer wedge is an Esci PzIII which the 116th still had a few. 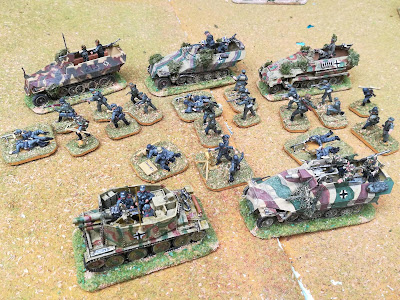 The Mechanized Infantry battalion has Esci, Altaya and Frontline Wargaming Sdkfz 251's with a Sdkfz 251/9 from Hasegawa. The Grille SPG is again an Attack model. 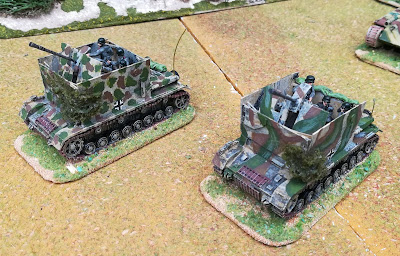 The 116th Pz Div. was one of the few to have the Möbelwagen. The base for this conversion is the Ostwind from Hasegawa. I used the hull and the 37mm gun and build the box superstructure and the gun shield in EverGreen plastic card. 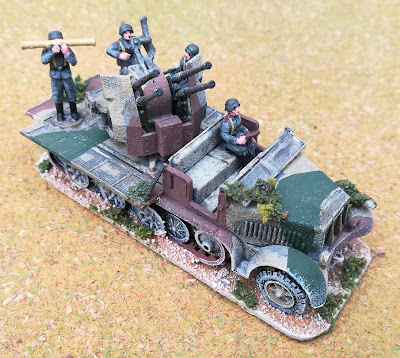 Another AA asset for this division is this Hasegawa Sdkfz 7/1. Flak-Abt. 281 had no guns in Normandy so its better to give this unit some AA protection. 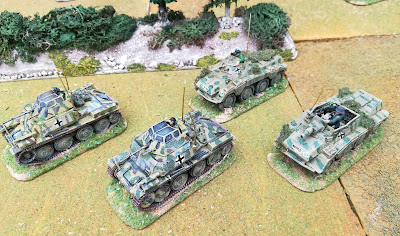 The Pz. Aufkl. Abt. 16 had the PzII L Luchs in its ranks. As I don't have any I used two Attack Pz 38t recce tank. The Sdkfz 232's are Frontline Wargaming. 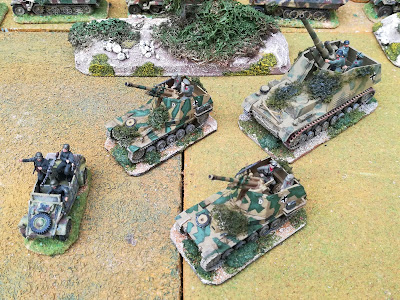 The Art. Reg. 146 has an Esci Hummel and two Matchbox Wespe. The OP Kubelwagen from Hasegawa has a crew from Revell and Atlantic. 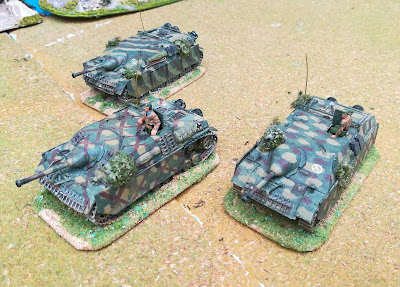 From the original 21 Jagdpanzer IV the Pz Jäger Abt. still had 15 on the 30th July so 3 models according to RF! The models are Esci again with darker colours than other divisions with the camouflage green being the main colour. 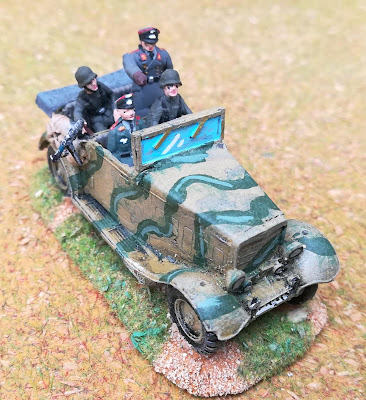 A Fujimi General von Schwerin is seen here in a Frontline Wargaming Staff car surrounded by Atlantic and Hasegawa escort and staff. 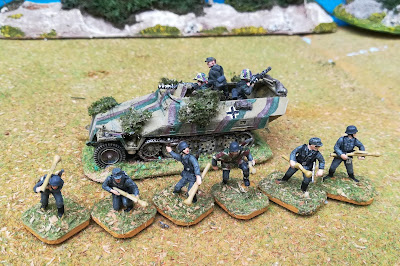