The 17th Pz Grenadier Division was a shadow of itself in the begginning of August 1944 with its forces gathered in Kampfgruppe Fick. Only ten of the StugIV of SS Panzerabteilung 17 remained from the original 42 and all units within the division were as depleted.
As I have 7 StugIV for this division, that I showed you in an older post, I used 6 of them (equals to 30 in RF! terms) to give a bit more colour to this faded group that ended in Mortain under the orders of Pz SS 'Das Reich' division. 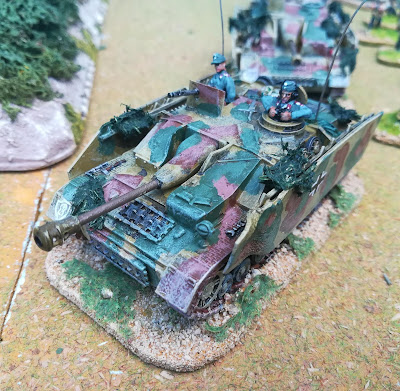 The StugIV are Revell with one Altaya in the middle. 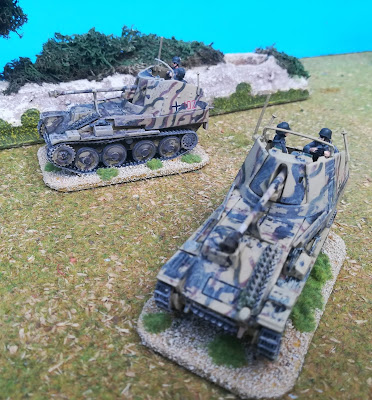 Another anti tank asset of this division was the 17th PzjägerAbt. I found conflicting references to the kind of Marder in this unit, wether Marder I or Marder III. I ended up by alocating these two Marder III from Altaya with plastic crew to this also depleted unit. 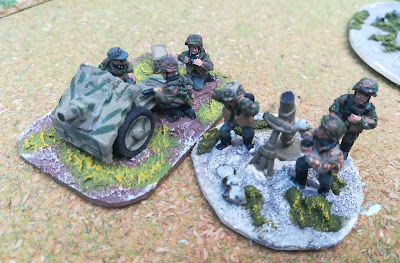 This division still had a battery of IG18 at Mortain. The models are Britannia. The 120mm mortar must still have existed by then also. 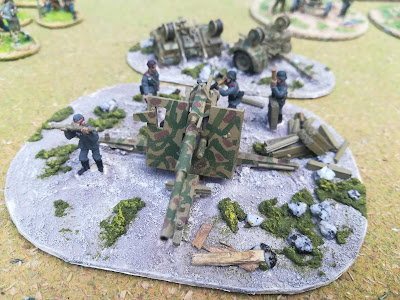 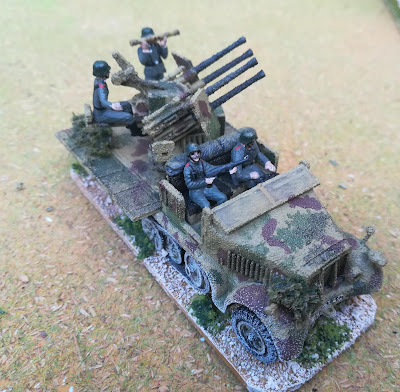 And the Sdkfz 7/1 is Hasegawa with crew from Atlantic. 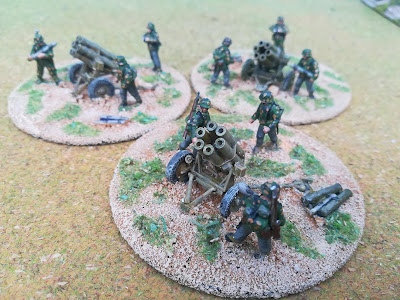 The Rocket battery had three sections of Nebelwerfer NW41 and NW42. 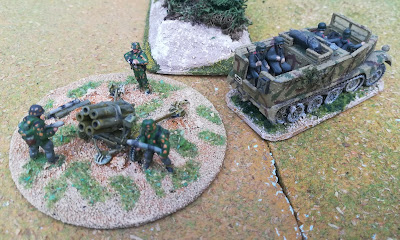 The Nebelwerfer models are old Esci and one Altaya. The tow is an Esci Sdkfz 11 with Hasegawa and Atlantic crew. 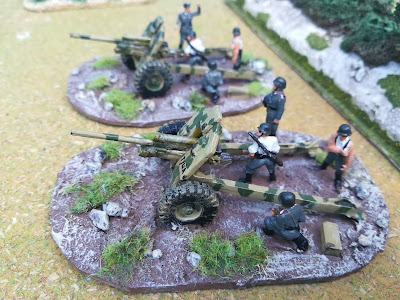 I equipped the leftovers of the artillery with ex-Russian 122mm model 1936 as this division had some in replacement of the FH105mm. The 17th Pz Gren. Div. didn't have SPG's in its artillery.  Crew and guns are Irregular Miniatures. 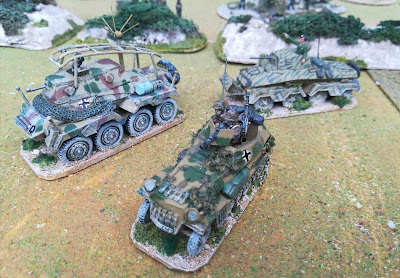 The much depleted SS Pz Aufkl.Abt 17 is represented here by a Skytrex Sdkfz 231, a Britannia Sdkfz 250/1 and a converted Sdkfz 263 based on the strange Airfix Sdkfz 234. Not sure if this one was in this division though. 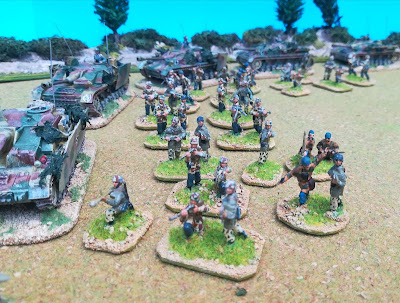 No SS infantry as I'm finished with it for the moment. Instead a battalion of Fallschirmjäger Reg.14 (from 5th FJ. Div.) is supporting the SS troops as it happened in Mortain. 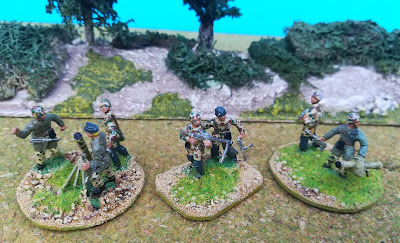 The figures are mostly Esci with a few Revell. I converted a few in order to have LMG's and Panzerschreck teams. The arms holding the Panzerschreck are Valiant. 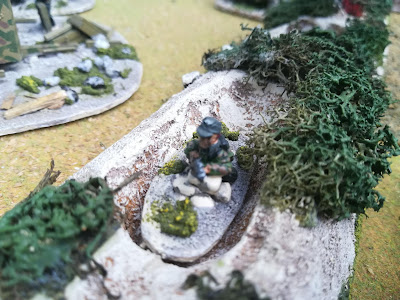 Finally a deadly SS Sniper from Britannia is lurking in the middle of the bocage... but no problem as you are seeing it.
Next: The end of this series with the remnants of the once mighty Panzer Lehr.
Posted by João Pedro Peixoto at 13:47