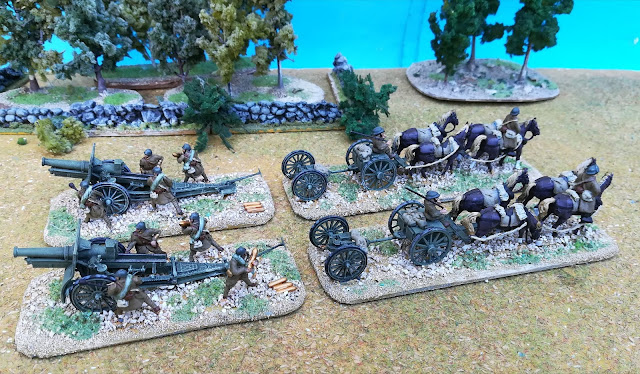 Close to Bois Perdus (who saw, or was forced to see, the Zelda series  knows were it is) a battery of French 155mm C deploys in order to deliver some devastating fire on the invading Boches. 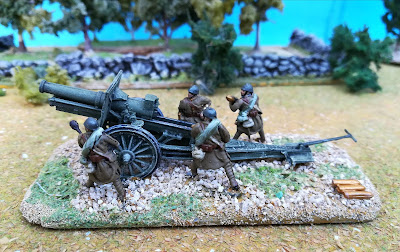 The guns are ACE and the end result is quite nice. The worst part is what happens since you open the box until you finish building it with over 60 parts to glue for you to have a gun, some of them no bigger then 1mm. This ACE newer models are already designed in computer and far superior to the first type of short-run models but they keep on having zillions of tedious small parts which for wargamers are a true pita, to say the least.

The crew are WWI Revell conversions with GreenStuff arms. The ammunition  sockets camefrom the Ace models themselves. 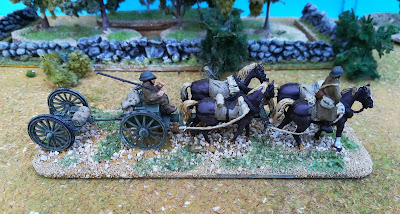 The limbers are also conversions but using the trailer supplied by ACE.

The crew are GreenStuff copies of Hat and EWM figures with Italeri Napoleonic horses from their outstanding box of French high command. The limber box is Evergreen plastic card with leftover Hat  wheels from last post 4.5 QF guns. Some true cord was used as harness for the horses.

The lot prior to painting.
Next: Most probably more French stuff to the desperate fighting in June 1940.
Posted by João Pedro Peixoto at 01:58