My dear friend JMM, the artillery was not the last post for the Syrian of 82, but this one will be: the T-62, which by this date was the most important tank in their arsenal, at least numerically, and the mainstay of the 1st armoured division. 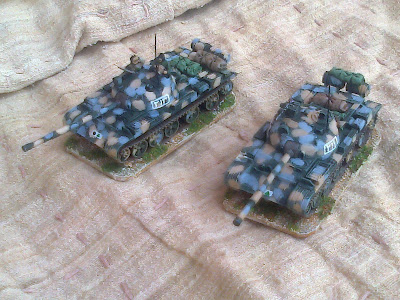 First some of the T-62 , left the T-62A (without MMG), transformed from the excelent Petner Panzers plastic kits from the USA in 1/87th scale and right, the T-62M, . This brand I think no longer exists, and I only know two kits made by them: the T-72 (same mould as the one once made by Roco...) and the T-62. I remember building the T-62 plastic kits (18 of them) and feeling glad on how all pieces glued so well, making me think these were the best kits ever. Besides the tracks were one piece, and some 15 years ago were some of the first to be seen (ahhhh... the Airfix Bren Carrier is some 40+ years old, right...?). 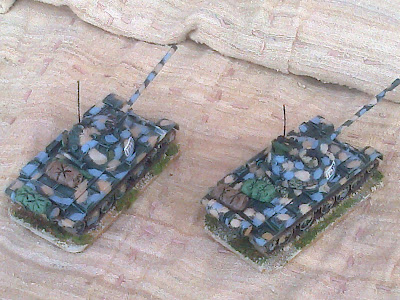 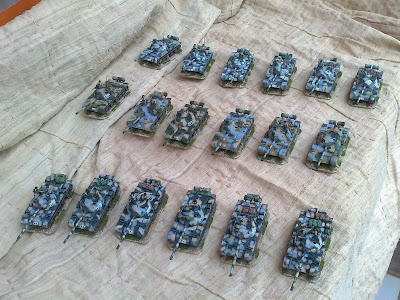 The Petner Panzers T-62 fleet, is this case the 76th brigade of the 1st armoured division. 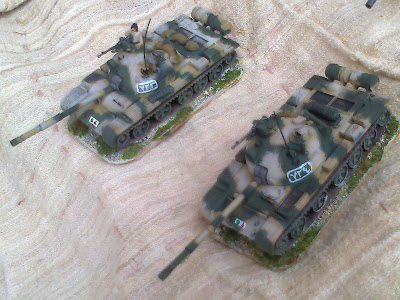 A different camouflage, without the grey colour. 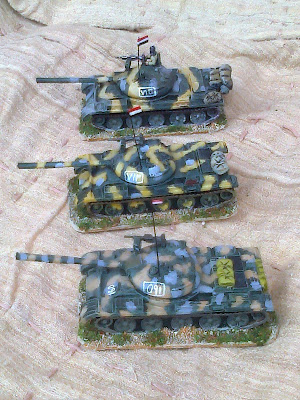 The Salvat 1/87th scale T-62. Each I find turns into a command vehicle with a little Syrian flag added. 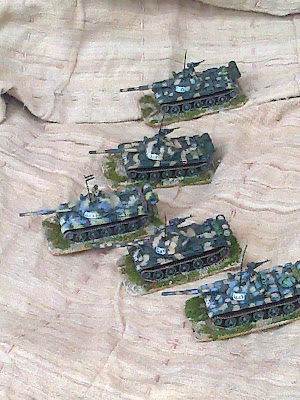 The Skytrex 1/100th scale T-62. This is the beginning of the  91st brigade for the 1st armoured division. 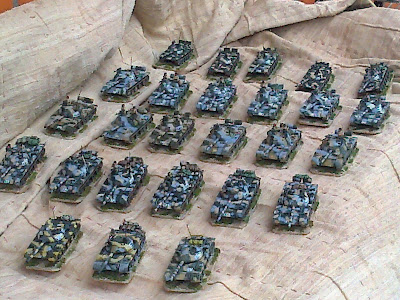