The Syrians use many different soft skins, even civilian, and APC.  These are Skytrex (1/100th scale) BTR-60´s painted for the 85th bgde that stood in Beirut during the Israeli siege. 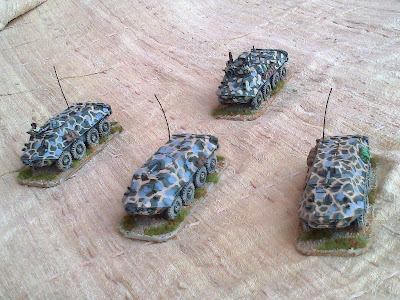 This camouflage is based on a photo of the 85th bgde leaving Beirut under the eyes of an Israeli high ranking officer. The photo is B/W but it seems something like this: 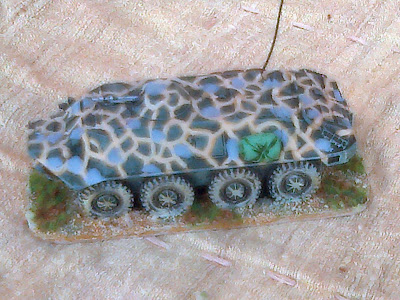 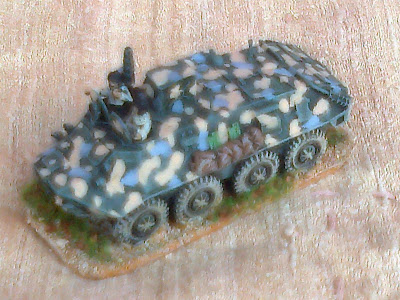 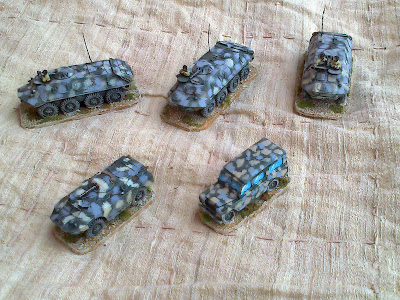 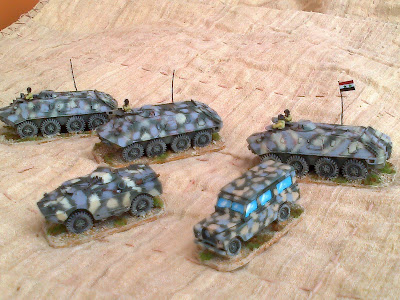 The paint scheme on most of the Syrian AFV´s: base russian green; camouflage light grey and sand. There are small patches of brick red as they seem to show on pictures whether from previous paint jobs (1973 schemes for instance) or even rust. Some light green also appears from time to time and I used it on the BMP-1´s. 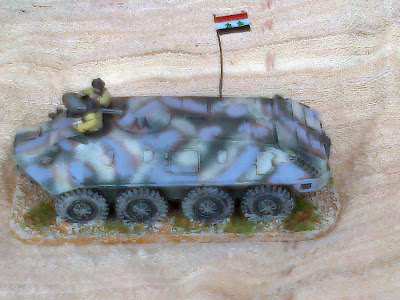 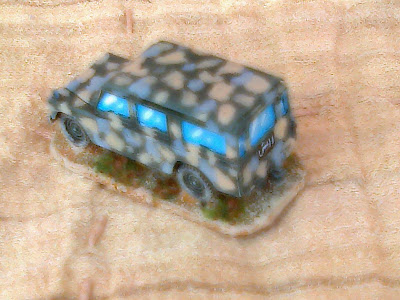 The BMP-1 were used by both the 3rd armoured division and the 85th bgde. Thse models are CMSC 1/87th scale. 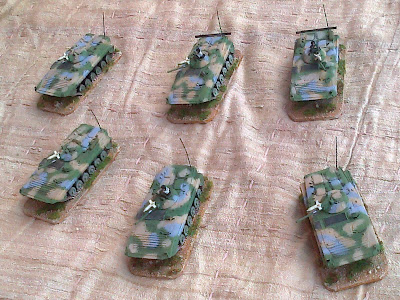 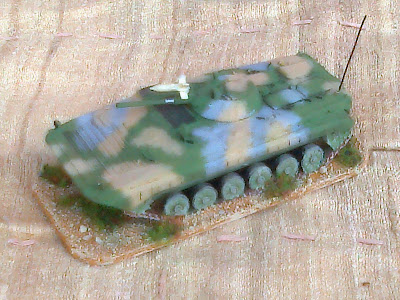 Soft Skins: the two on top are cheap Made-in-china trucks and the one below is the Peter Pig model of the  Ural 4.5 truck. 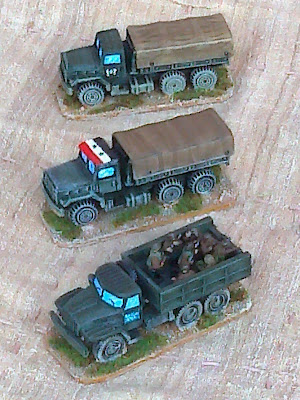 The crew is a mixture of Irregular Miniatures; Skytrex and Peter Pig 15mm figures. 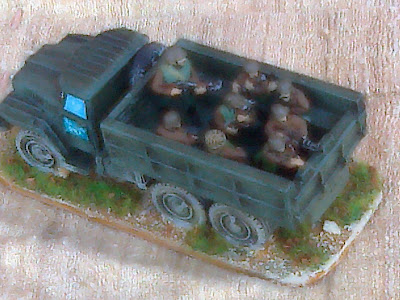 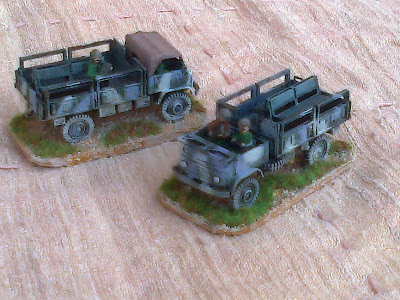 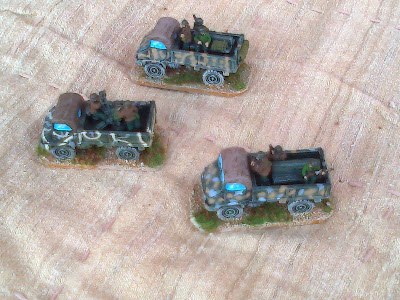 These are Diecast Unimogs in 1/82nd scale, a bit bigger than they should but cheap and passable. Two of them had no canvas cover so the canvas of two Roco Opel Blitz were adapted to this Unimogs. 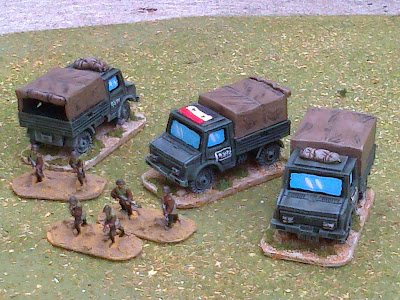 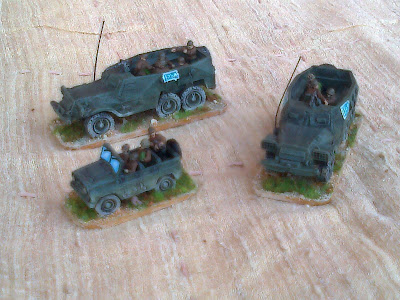 Infantry is closing in, JMM...

Posted by João Pedro Peixoto at 12:12