A wargaming trip to Assos 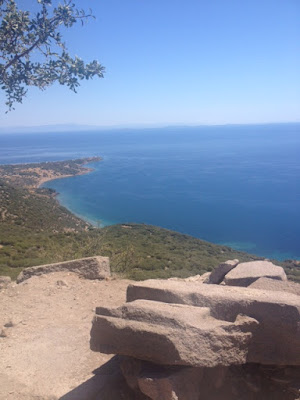 In fact it was not a wargaming trip but a cultural one sparked by the fact that Aristotle lived and married there. But as its ruins have plenty of  military interest I glued 'wargaming' to the title.

Assos was the first Greek city built in nowadays Anatolia. From its heights you can see Lesbos island, old Pergamon or the Ida Mountains. 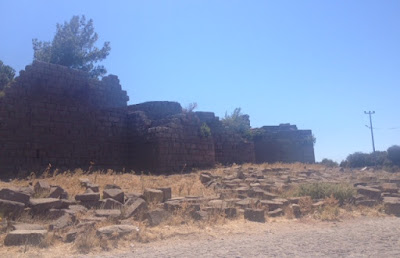 The city is in ruins as it was conquered in the 4th Century by the Persians who killed King Hermias. Later it was reconquered by Alexander on its big campaign to the east. 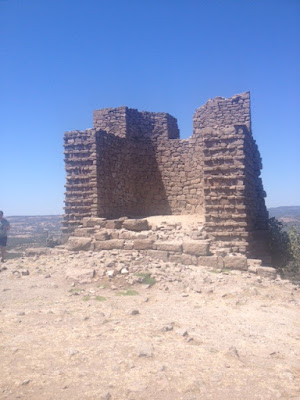 Still standing there are some of the more than 30 towers that circled the city. 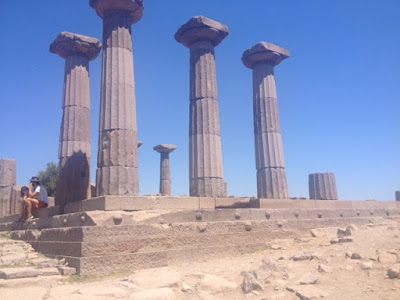 As the main attraction you have a Doric temple devoted to Athena, much similar to the one in Athens but much smaller. 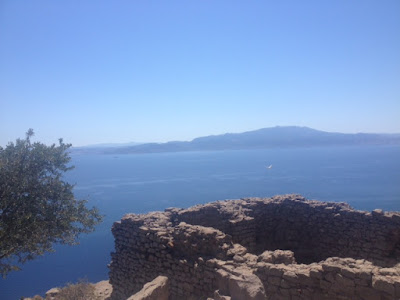 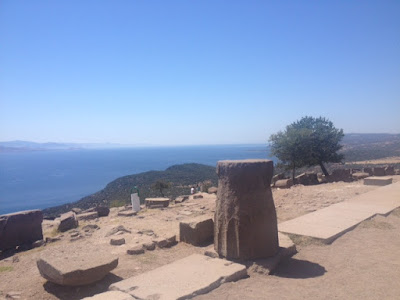 As usual in such places you can find much of the art of Assos in the Louvre and the USA... 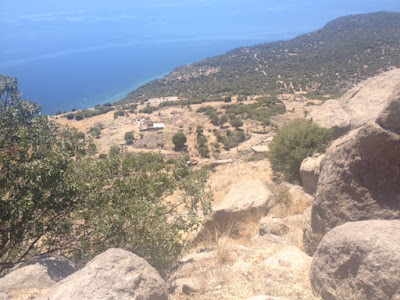 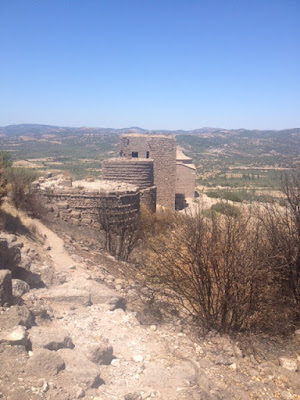 Apparently the towers were big enough to have string artillery. 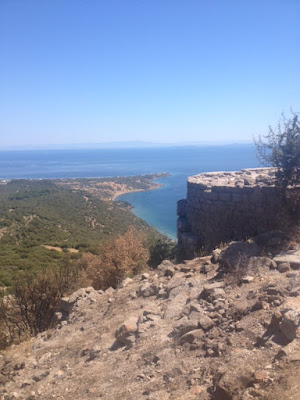 You can find both rectangular and half-round towers some 14 meter high. 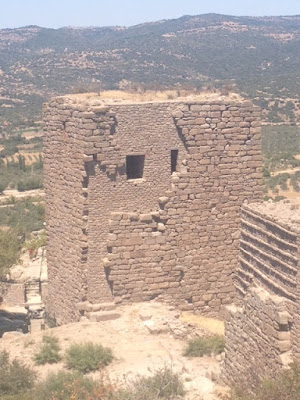 The towers have layers of different materials also probably placed in different periods in order to strengthen them. 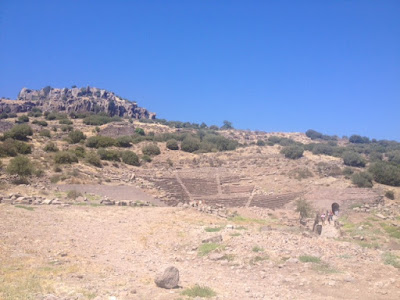 Overlooking the Aegean sea you have a big amphitheater that could hold up to 5000 people. 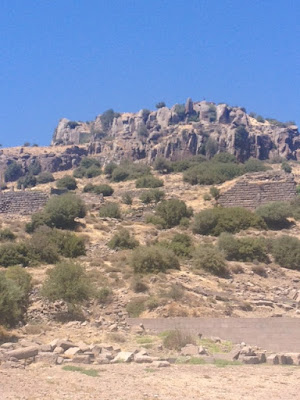 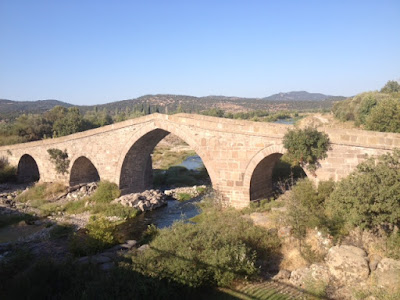 The bridge at the entrance of Assos is already from the Ottoman era.

The city can become a nice diorama or wargaming table center piece. More can be found in books and in the web so feel free to feel inspired.

A very good one you can obtain as a Google book is
'Hellenistic Fortifications from the Aegean to the Euphrates'. Go for it.

Posted by João Pedro Peixoto at 13:04

Email ThisBlogThis!Share to TwitterShare to FacebookShare to Pinterest
Labels: Assos