A wargaming trip to Constantinople 1453 - Part three, the Panorama 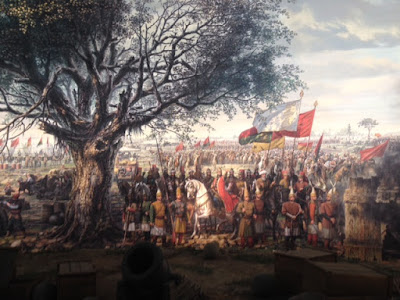 A few hundred meters from Edirne gate, just in front of the last picture in  the post about the Theodosian Walls, you have the Panorama Museum of the Conquest of 1453.

Its a very nice place, quite nationalist as many Turks like. You have in one floor plenty of images and text about 1453 and in the other a very good Panorama, Waterloo style with an accurate 360 degrees painting of the main attack to the Theodosian walls.

I took sequencial pictures (L-R) starting with Mehmet II place (the one in a white horse) with his Householse cavalry and Solak archers nearby. The units are very well placed in the Ottoman line of battle and the flags are particularly good. 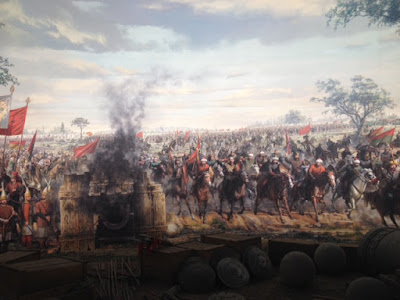 The assault of the Ottoman cavalry: Azaps, Bashi-Bazouks and Sipahi... 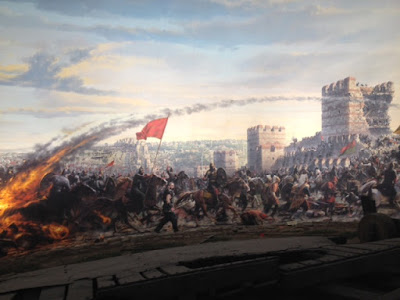 In this one I like to think the Byzantines are throwing Greek Fire from catapults. The lower part of the walls was the Mesoteichion. 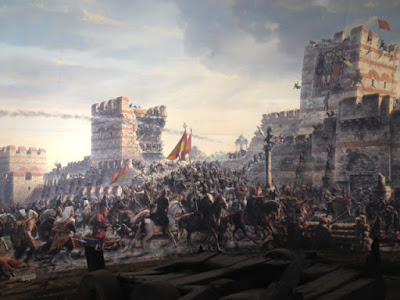 Janissaries are already breaching the wall in the top of the Mesoteichion area of the Theodosian Walls. 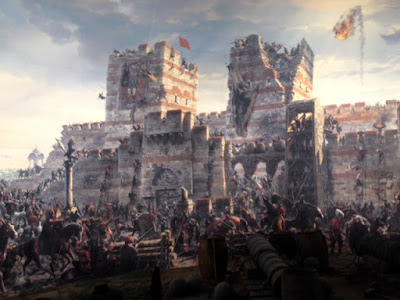 The Gate of Spring under attack. 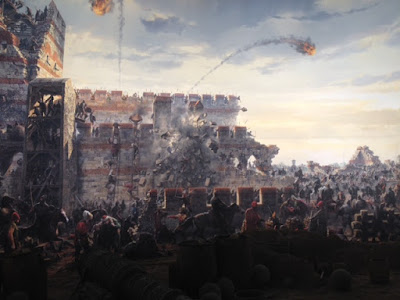 The three lines of walls are clear in these two sections of the Panorama. 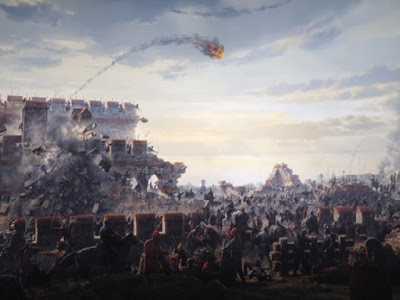 The effect of the Turkish heavy artillery is well depicted in this section of the Panorama. 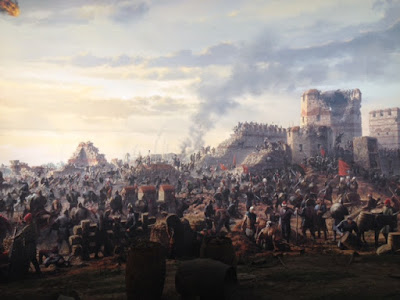 The Constantinople walls were not built to endure artillery. In fact they were mostly built around the XI century when there was no such menace and also when the Byzantine empire was at its peak. Now it had only around 10.000 defenders to prevent its falling. 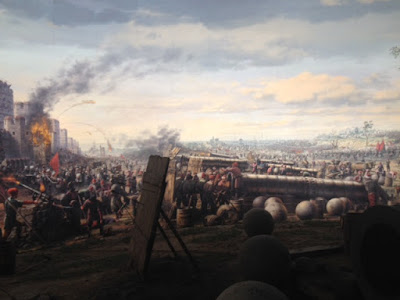 Orban's artillery was everywhere pounding the old walls. Orban was a Croat who designed most of the Turkish artillery used in the siege. 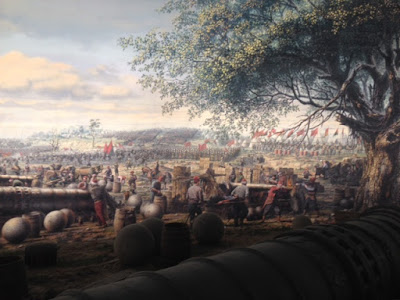 The balls thrown by the artillery were big stone balls. Some are present as 3d elements in the Panorama as well as some artillery and their size is impressive. 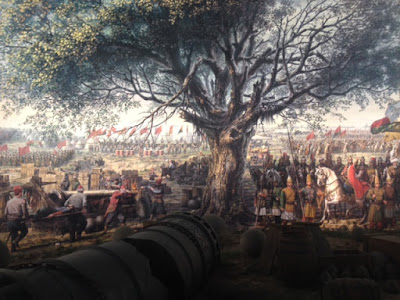 Long lines of Janissaries are preparing for the final charge. In spite of the importance of the event nowadays research places the Ottoman army around 50.000-80.000 and not the hundreds of thousands of XIX century literature.