A wargaming trip to Constantinople 1453 - Part two, the Theodosian walls. 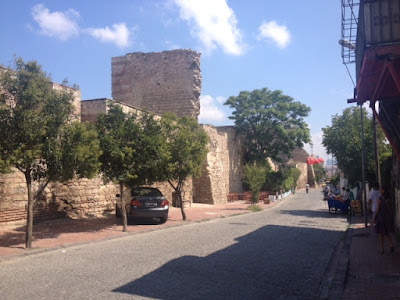 These are pictures of the north west and west walls part of the Theodosian walls, the only ones not protected by water and that took the brunt of the Ottoman attacks.

The total lenght of the Constantinople walls is around 20 km but the Theodosian walls on this post are around 6,5 km.

As can be seen most of the structures suffered serious damage.

Nowadays they are well protected but probably most of the heavy damage must have been made during the siege and the assaults of April and May 1453. 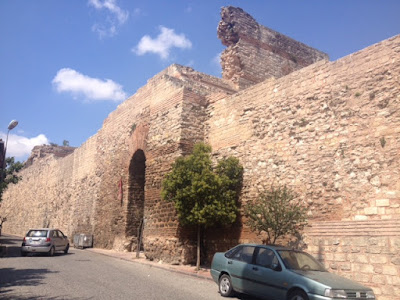 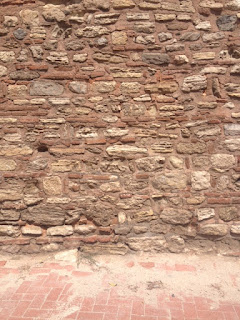 The idea of this picture of a piece of wall  is to copy and duplicate in order to use in the scale model of Constantinople. 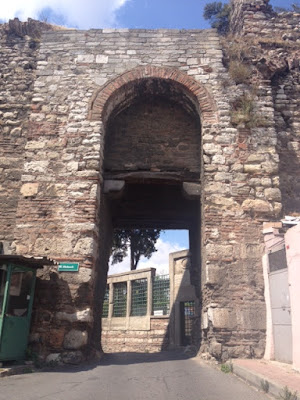 The gate that leads to the grave of  Abdüssadik, one of the religious followers (sahabe) of Mohamed the founder of the Islamic religion, killed during the failed Arab assault of 674.  The grave is behind the fence you can see after passing the gate.

At this spot also centuries later, the last Byzantine emperor, Constantine XI Palaeologus, was last seen on the night of May 28, 1453... 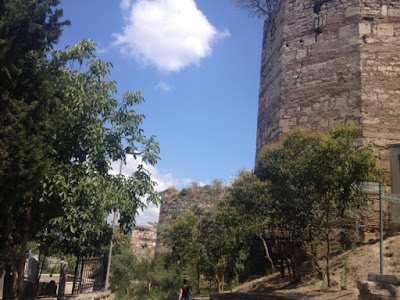 Towers and structures of the north west wall. 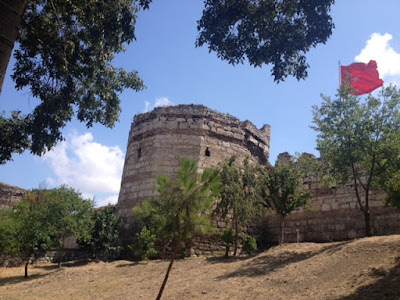 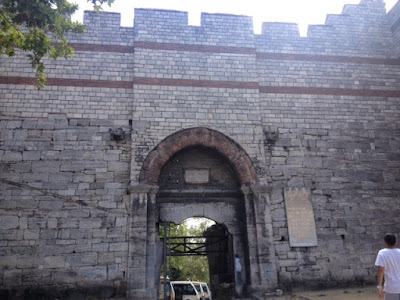 Gate of Charisius (also Adrianople gate, Edirnekapı in Turkish) from where Mehmet II, the Conqueror, entered the city. 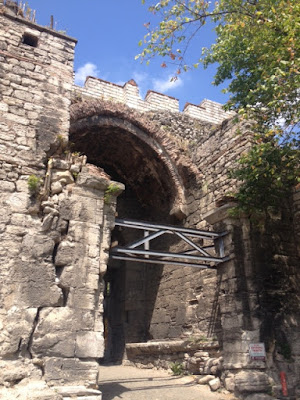 The inner side of the gate of Charisius. 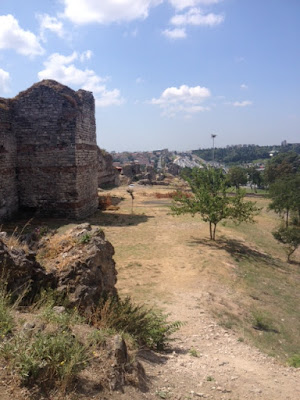 From this picture (N-S) you can see the length of the Theodosian walls that overlap the line of the horizon.


This area, the Mesoteichion (middle wall) was heavily bombard by the ottomans as it descends to the Lycus stream and the attackers were in front in higher positions. 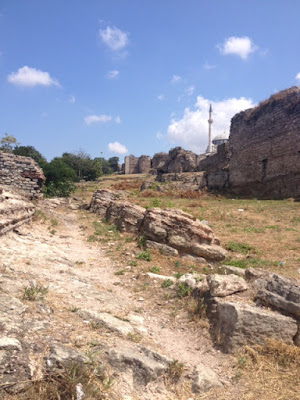 Here you can clearly see the second set of lower walls that defended the city, and may be the third set of walls (breastworks). The area between the lower and the main wall was the Peribolos. 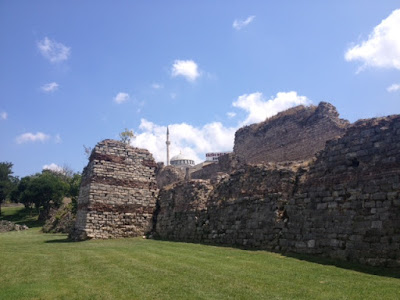 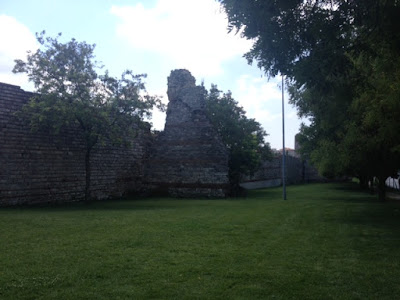 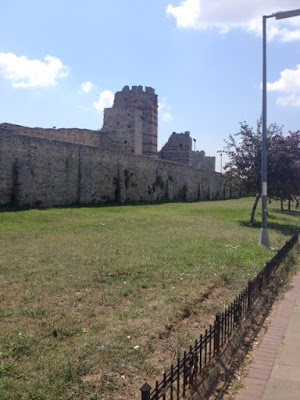 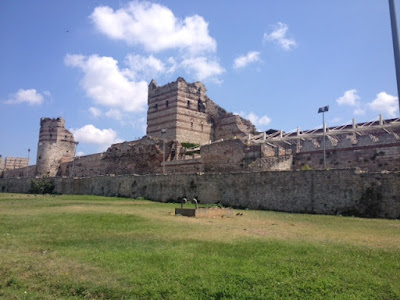 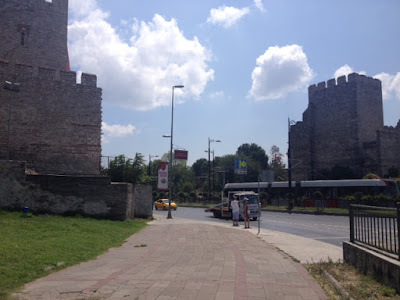 In front of these towers (to the right of the picture) you have the Panorama Museum. 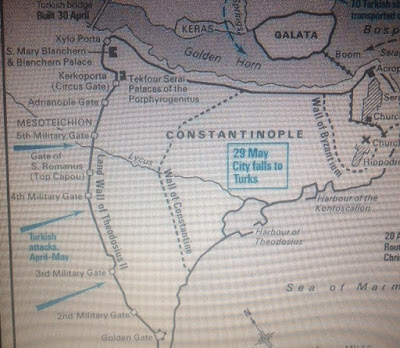 The area in this post is from the bend in the northern tip, in front of Keras,  up to the proximity of the 4th Military gate.

Next: the Panorama Museum.
Posted by João Pedro Peixoto at 17:27