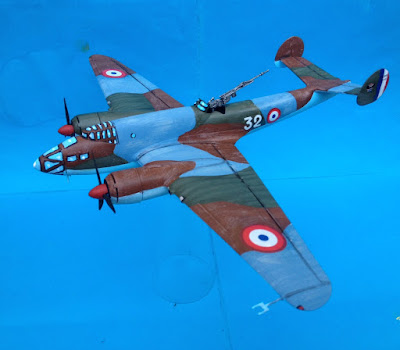 Quickly built before the holidays, I managed to finish a few days ago these nice 1/72nd scale French bombers I had stashed for years. This one is a SMER (ex Heller) Leo 451. It was one of the best French machines of the war. 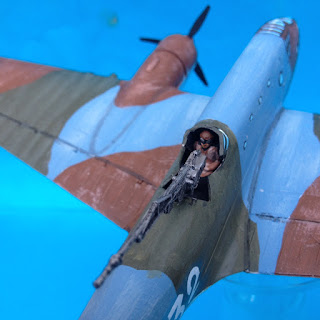 The only add-on to these planes were some machine gunners (cannon gunners on this case!). In order to speed building and painting I painted the glasses in a Rapid Fire!/Tintin style. 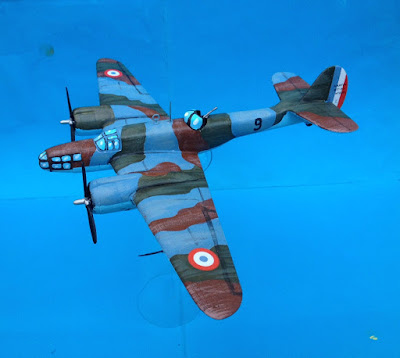 From AZUR comes this Maryland M 167. It has some pieces in resin which frankly are unnecessary and could have made the model much less expensive. Not sure but I think this model is an ex FROG and pretty old and thus the need for AZUR to add some resin parts to revamp it. 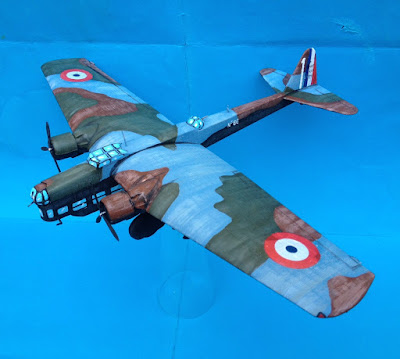 The bigger of the three is this Amiot 143 (SMER but also ex Heller). I used this colour scheme because most of them were painted in a quite ugly dark olive green. Used in numbers to attack German concentrations and bridges they were also shot down in numbers.

Posted by João Pedro Peixoto at 11:30