A wargaming trip to Constantinople 1453 - Part four (and last), the Military Museum of Istambul 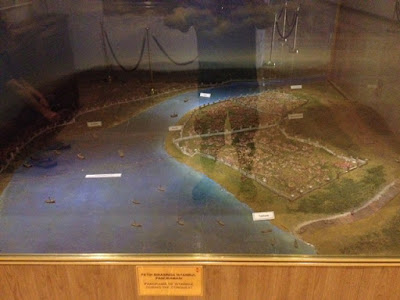 The Military Museum of Istambul is a classic museum crammed with paintings, weapons and dioramas. In spite of its nationalistic aproach, in which for instance the thugs of the Armenian genocide were the Armenians themselves and the victims were the Turkish soldiers (when its more than proofed it was otherwise), its a nice and big space with plenty to see. Save yourself at least some 5 hours so you can see everything.

Regarding Constantinople 1453 there is plenty of information. The top picture  is a nice diorama of the conquest where you have to the right the Genoese Galata neighbourhood and to the left the main Constantinople itself. 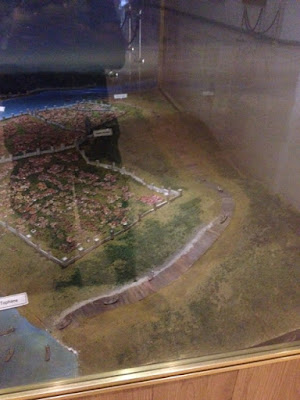 Here you can see the road built by Mehmet II surrounding Galata in order to transport by land the besieging fleet after discovering that the defenders had a big chain protecting the mouth of the Golden Horn. 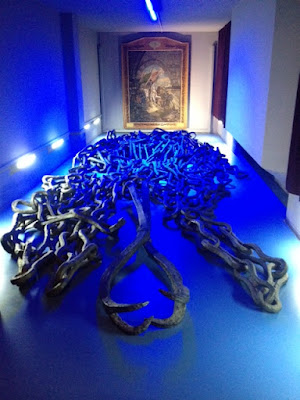 The remains of the original chain can still be seen in the museum. 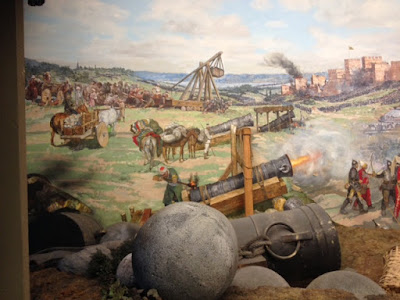 Panorama style you can see a very beautiful and detailed painting of the main assault. I took  several sequential pictures L-R so the detail can be seen more clearly. 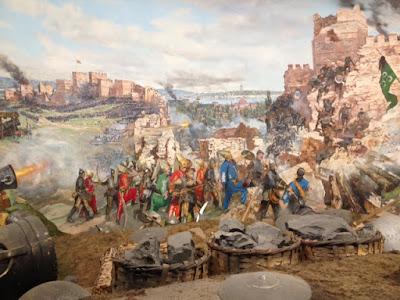 The painting also shows some scattered materials like artillery baskets, guns and helmets which enhances detail. 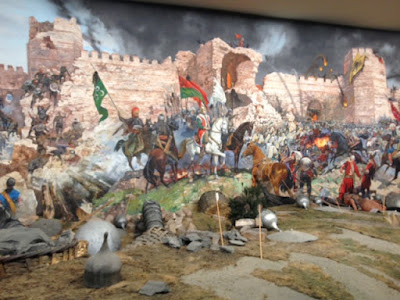 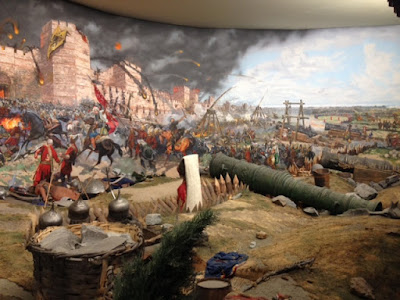 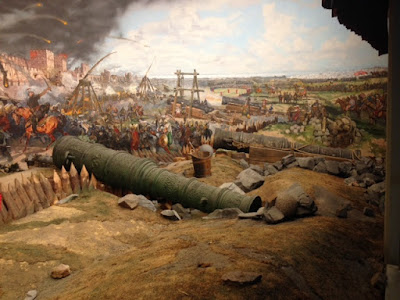 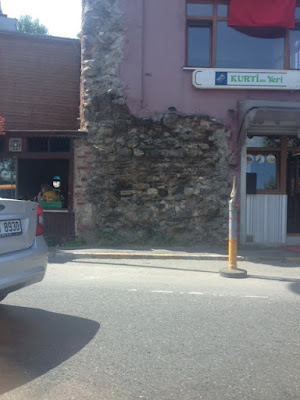 Even today you can find remains of the walls of Constantinople everywhere. Even normal houses or shops used them for its own benefit.

Istambul is a great place for holidays speciallly for the History lover and the Constantinople siege of 1453 is a great wargaming subject. I hope to have contributed for that in this series of posts.

Posted by João Pedro Peixoto at 09:41