Still in time for the Division's offensive a group of brand new Shermans with 76mm gun arrives in mid July. Now the Kraut Panthers will have to be much more careful 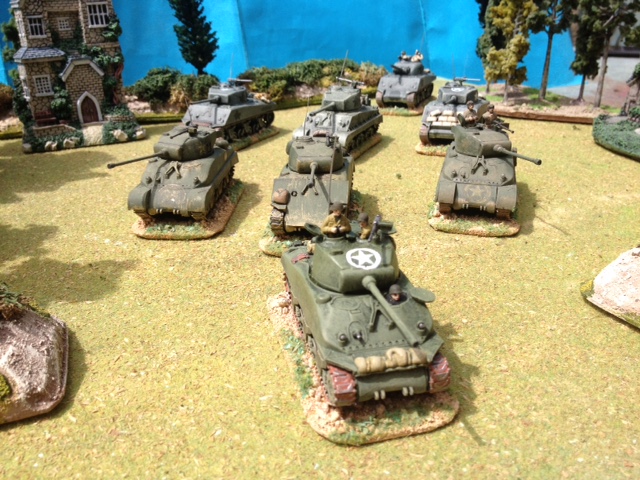 This Sherman group is made of Revell and Armourfast models. The idea is obviously to place one in each Sherman 75mm company from mid July 1944 battles or two in each when the year is coming to an end. 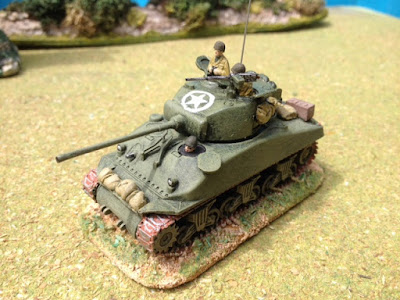 This is the Revell model. As it comes the kit is quite simple so I built it without side protections, with extra figures and the usual stowage and other details. 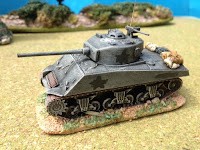 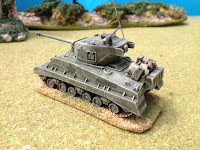 The model to the left is Armourfast, built straight from the box with the usual additions. The one to the right is more tricky as it has a Italeri turret and the HVSS suspension and hull from a Nitto model. 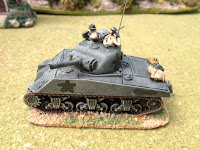 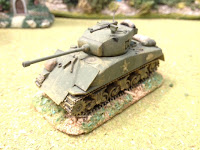 The 105mm Sherman is Armourfast with Hasegawa and metal Skytrex crew. The Sherman to the right is the standard Sherman M4A1 from Revell with a large metal plate to the front from a picture I saw once. 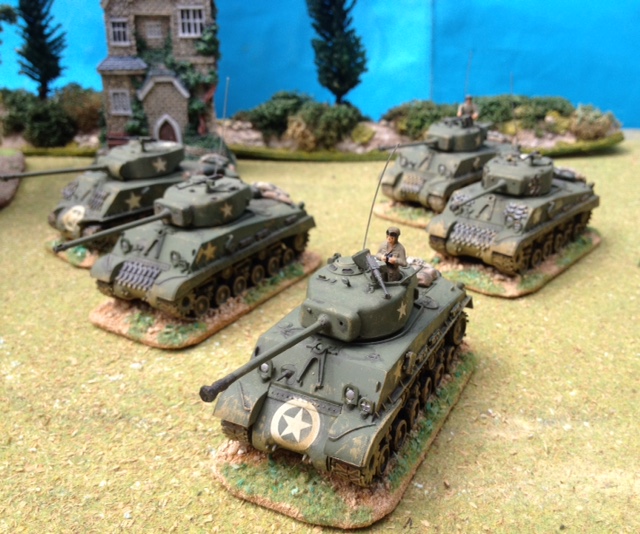 Before Revell made its 76mm model I relied on the much older (and too big) model from Hasegawa. It is still useful for late battles and Korea as it has the HVSS suspension. 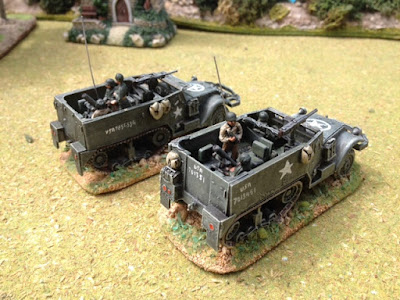 I built the two last HT M4 81mm mortar in order to field five tank battalions, with one M4 81mm per battalion. 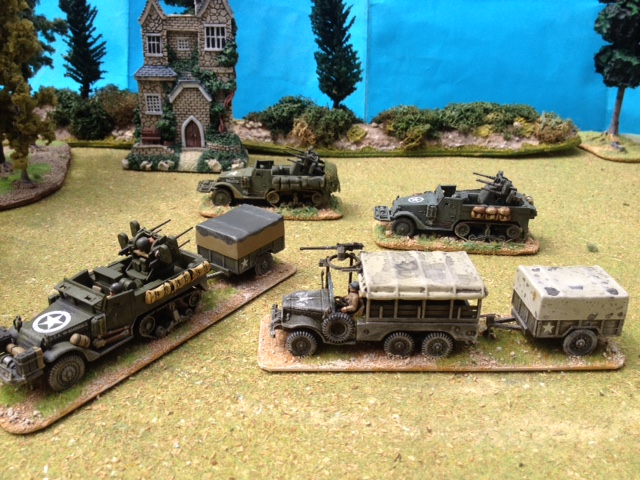 Finally an AA company made with Browning quad M16 HT's. It fields two Matchbox and two Altaya models. One company is probably more than enough in any scenario for the Western front. Even so I want to have at least one M15 which probably will be a conversion from the next Matchbox M16 I can find. 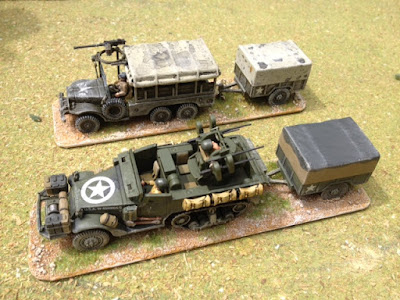 The Altaya models are just great! They were very careful about the design of the models which in many aspects are superior to many resin, metal or plastic competitors. The 3/4 truck is offered in the very rare six wheeled version with HMG pulpit and trailer. The M16 also comes with plenty of stowage, Jerrycans and trailer making them hard to resist. Ten posts later I can say: