Please don't think I'm a complete lunatic. I'm just partially lunatic. The previous series on the US Armoured Division was no recent work. I had the models built for a long time, some probably decades. This time I just based them and took some pictures, that's all. So in the meantime I started to build and paint my 1st British Armoured Division for the 1940 French campaign, with the first post being showned some two days ago. And now here it comes the second.

Close to the French place of Route Tortueuse a group of Vickers MKVIb leaves the road in order to join the British 1st Armoured Division who is gathering close to the village of Merde Pour Le Pen.

Four of them (red fanions) will go to the 10th Hussars, the only regiment to have the MKVIb in the 2nd Armoured Brigade (all other Regiments being equipped with MKVIc) while the other six will be spread throughout the regiments of the 3rd Armoured Brigade. 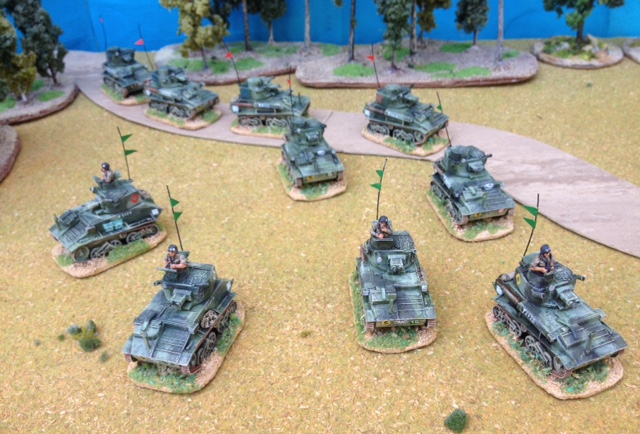 The models are the excellent S-Models, two in a box, easy to put together if you exceptuate the PE parts which are really a PITA if beautifully designed. 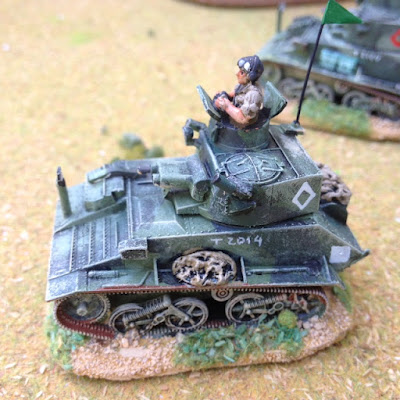 I only added a crew figure from PSC, some limited stowage, as the campaign is recent,  and an antennae with fanion (two for Regimental companies). 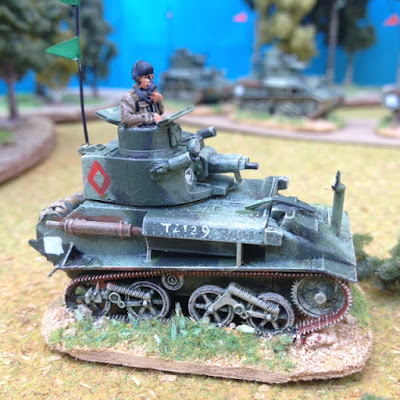 The only PE part I used was the elevator for the Mg's. I replaced both the door holder and the driver's mirror with thicker plastic parts. 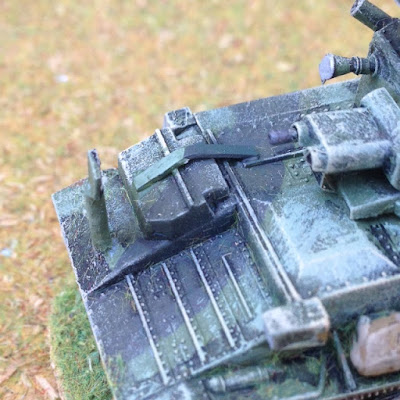 Here you can see those changes to advantage. Those PE parts were really fiddly and would get destroyed I presume quite quickly without the need of the 37mm PAK intervention, so some Evergreen tube and plate made more secure parts. They may be uglier but they are strurdier.

Posted by João Pedro Peixoto at 08:46