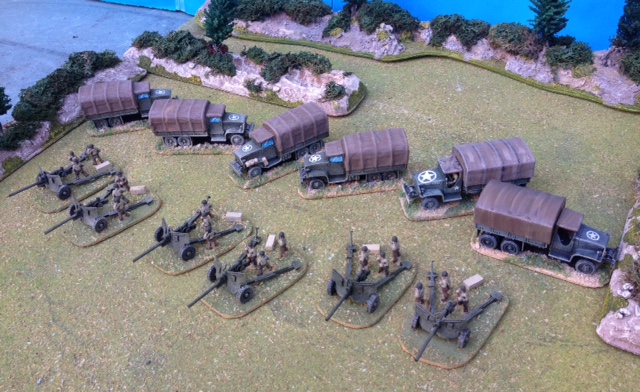 My idea in the long term about having all these US units is to be able to fıght two of the biggest actions of the Western front in 1944: Operation Lüttich, the famous German Mortain counter-attack and the Ardennes campaign later in the year.
For any of them you need aproximately a battalion sized unit of M1 3' inch gun (76,2mm) as in these big actions its the Germans who are on the move they were opposed by US A/T units. 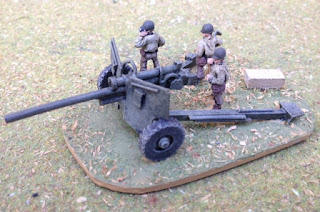 All the guns are scratchbuilt using as the basis the gun barrel and breech of the Irregular Miniatures 85mm Russian AA/AT gun as well as its wheels. Then the shield and legs were scratchbuilt in Evergreen plastics. 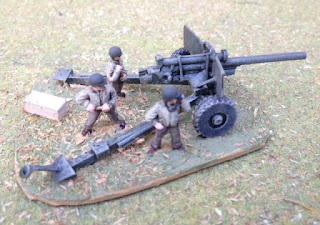 The crew is Irregular Miniatures. 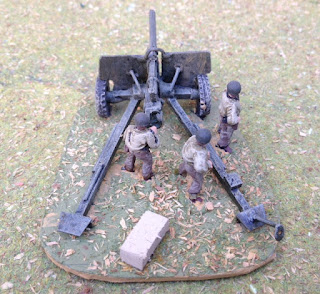 The boxes of ammunition are balsa wood. 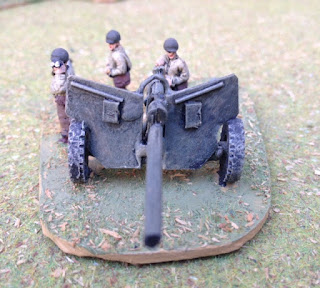 The structure of the M1 gun is not a difficult one and you can have a full battalion easily and at less than half price if compared to other metal manufacturers. Besides these guns were used a fraction of the time of its German counterparts so you maybe you don't need to invest too much money in true models. But hey that's my opinion, don't feel forced to do it just because I said it (I know you will...)!! 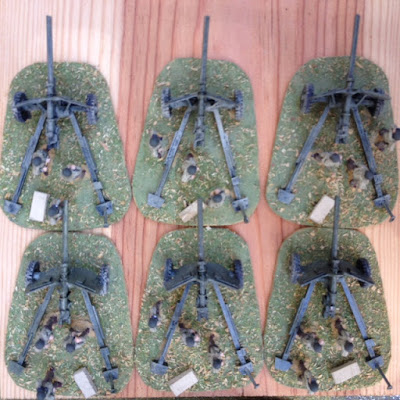 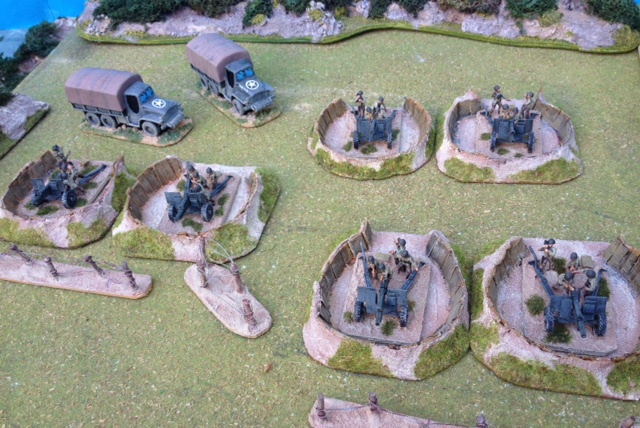 Another scratchbuilt artillery unit is this 105mm Howitzer battalion. Most of the times you won't see them as they are off-table, so again I decided to scratchbuilt them. 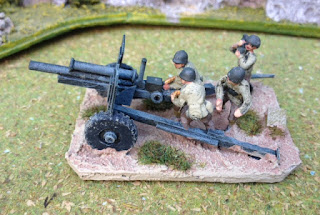 All pieces are Evergreen plastics with the exception of the wheels. The good thing about the IM 85mm AA gun is that they have four wheels and so half of them can be used in this next battalion. 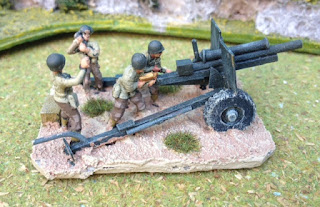 Crew is assorted plastics. The sandish ground also suits the Follow-up US forces of the RF! Omaha scenario. 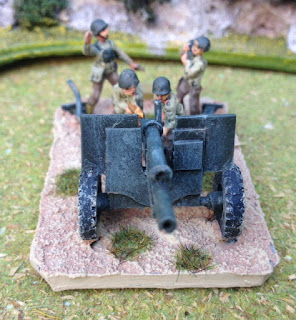 Bases also had to become smaller in order to fit the LCT's. 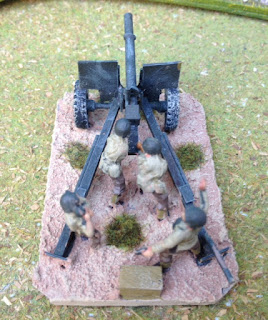 After taking the pictures I realized the shield visors don't exist but that will be corrected with a small piece of Evergreen. 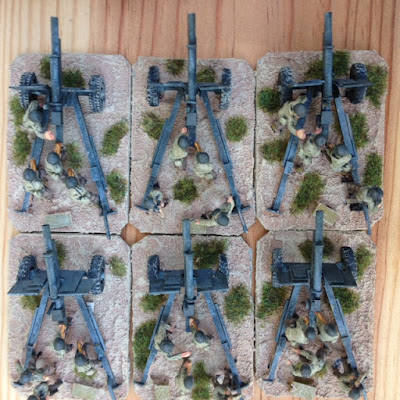 Well, this US Armoured Division series is closing to its end but there is still the infantry, Sherman 76mm and AA units to be shown. So stay tuned, don't eat (any of two possible kinds of meat) nor drink and you won't loose it.

Posted by João Pedro Peixoto at 03:24