Hood's Confederate Division leaves Seminary Ridge after the famous long march around the Federal left and prepares to engage Ward's Brigade around the Devil's Den. Front left, Law's Brigade will enter history when engaging the 20th Maine around Little Round Top; front right, Robertson's Brigade will face the Devil's Den itself and also the Wheat Field and loose its commander and almost all Regimental commanders; on their back, in support, the smaller brigades of  Benning and Anderson will follow the destiny of their fellow Divisional Brigades. 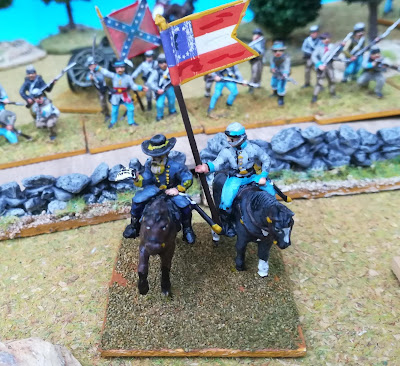 John Bell Hood is another great figure from StreletsR, sculpted some time before he lost the usage of its left arm on this day. 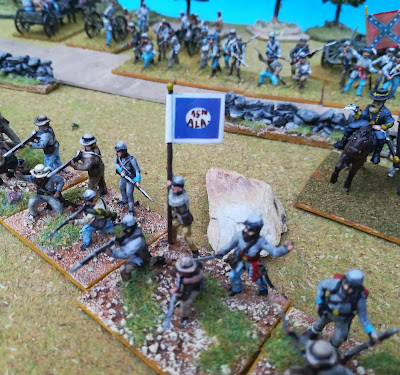 Law's Brigade of Alabamians is identified by a hand painted flag of the 15th Alabama. The figures are the usual mix with a converted Italeri officer. 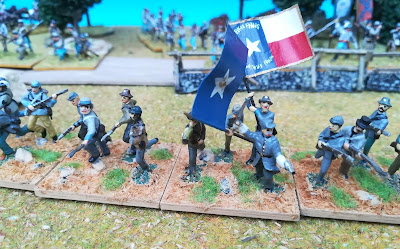 Robertson's Texas Brigade is one of my oldest units and still have some Airfix figures in the mix of the usual Esci, Italeri and Revell miniatures. 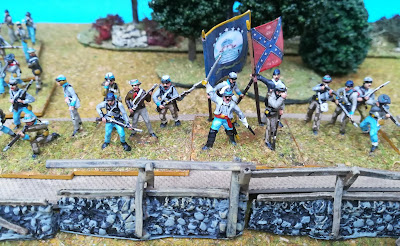 Also with two flags the Georgians of Anderson's Brigade were more recently painted and have more contrasting shades.

Benning's Georgians are also more recent and were painted straight from the box with no conversions for a change.

The artillery stands are Revell, both guns and crew but the limbers are Irregular Miniatures.

The Irregular Miniatures limbers are very complete and catch very well the atmosphere of ACW. 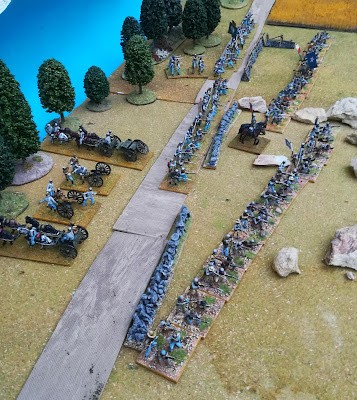 Here they go to the 'worst ground I've ever seen' (Hood's words).

Next: Pickett's division.
Posted by João Pedro Peixoto at 02:43