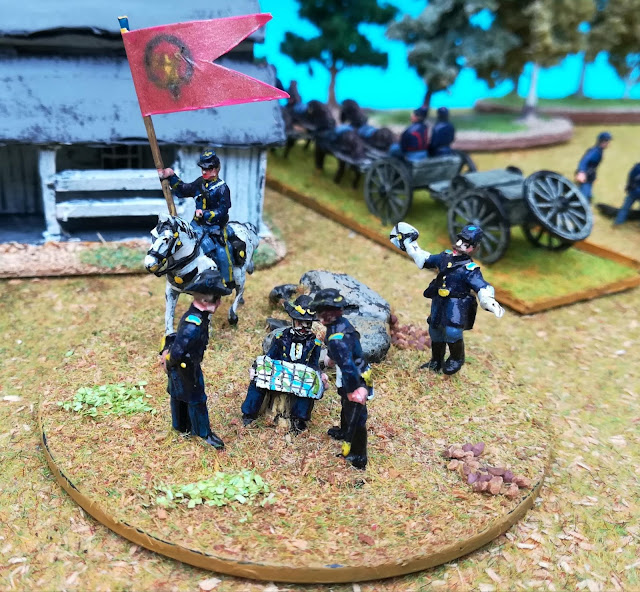 On the second day of battle Gen. Meade and his staff are looking at the map of the Gettysburg area when a dispatch rider arrives with some important news about Confederate movements. 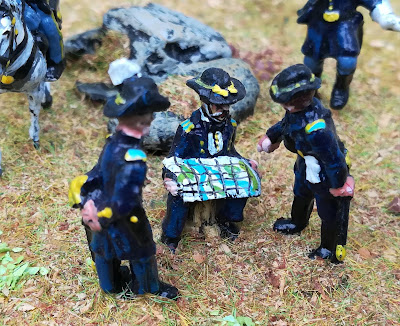 The figures on this stand are all StreletsR with the exception of the Army of the Potomac's flag bearer which is a resin copy of the an old Airfix artilleryman. 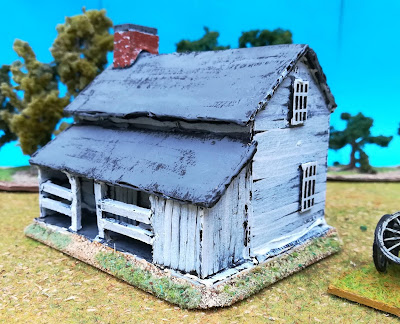 I just finished Leister's House, the HQ of Meade during most of the battle. 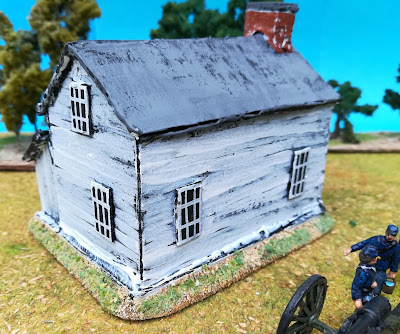 Its a simple construction of thick card board with glued windows and styrofoam chimney as I generally do to speed up construction. 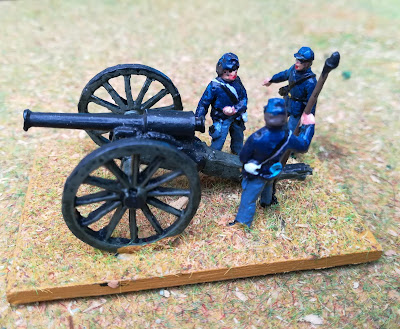 This lonely stand (the above limber is another Irregular Miniatures piece) is the first of the 14 I need for the Army Artillery Reserve. Its a Esci British Napoleonic model with a new barrel in hard plastic. The crew are two resin torsos of the Airfix ACW cavalry on top of some legs and a Revell figure. 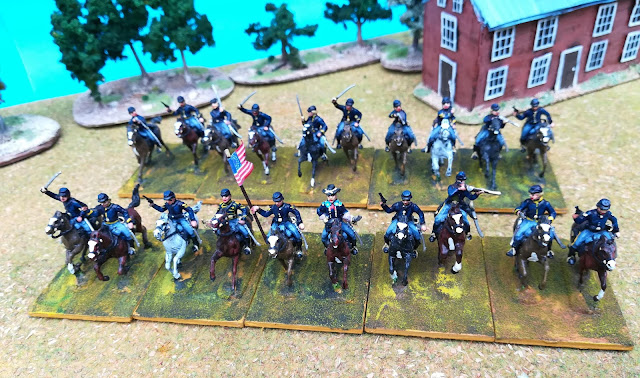 Even if they are unnecessary for the big infantry battles in the three days of fighting I built a mounted cavalry brigade. The figures are mostly Italeri with the torsos of the carbines firers turned a bit ahead to look more realistic. 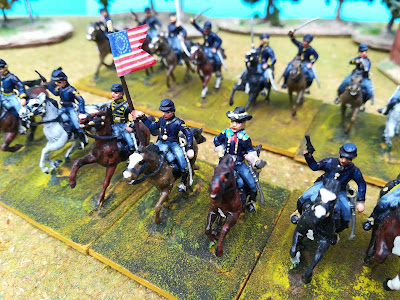 In command of the brigade you see Gen George A. Custer which is a foot figure from StreletsR pinned on some cavalry legs. Later on StreletsR also released Custer on horse, which I also have, but too late as this one was already built. 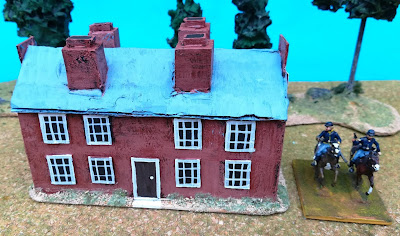 Also finished a few day ago, but not in time for the pictures of the XI Corps, is this model of the Almshouse. In fact this was a complex of some 5 buildings but that is better represented at brigade level with one of them. 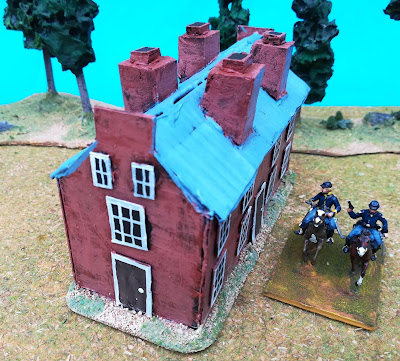 The Almshouse is another simple construction of card for walls, roof and windows and styrofoam for the chimneys.

Next: the Army of Northern Virginia starts its march into Pennsylvania.

Posted by João Pedro Peixoto at 08:31