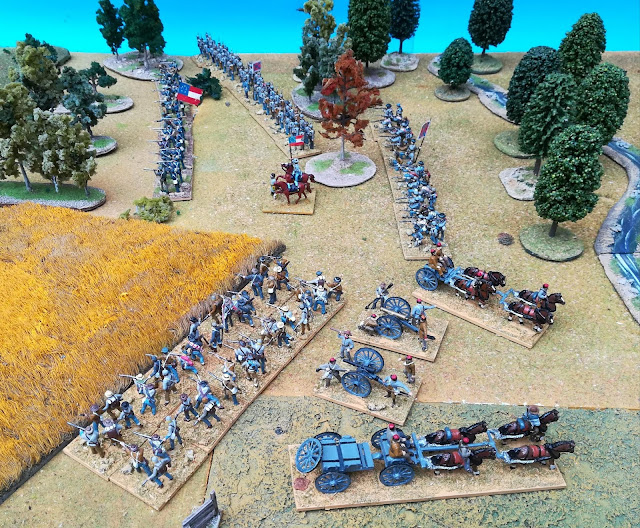 On the 3rd July another attempt was made by the Confederates to attack the head of the 'fish hook' at Culp's Hill. Here Johnson's Division already crossed the Plum run and moves towards the foot of Culp's Hill. In the lower part of the picture Steuart's Brigade prepares to cross the Pardee field and being slaughtered in the process. 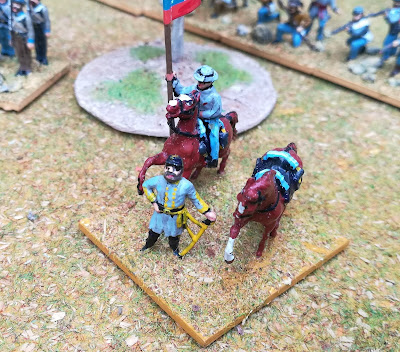 Gen. Edward Johnson is the usual Esci body with a proper Italeri head to suit its figure.

The Stonewall Brigade of Brig Gen.Walker is represented by the 33rd Virginia. I used this regiment because initially was one of the Confederate units to have blue uniforms and I just hope that some were retained this late in the war. Most of the figures are Esci with a few Revell.

Dungan's Brigade is a mostly Italeri and Airfix unit with many head swaps.

The 'Louisiana Tigers' Brigade of Col. Jesse Williams is a full Italeri unit. 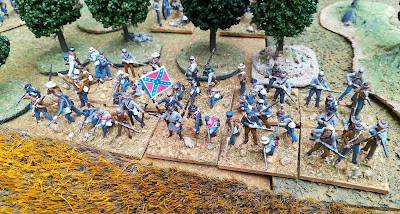 The big Steuart's Brigade is made of ACTA, Airfix, Revell, Esci and even has a few figures from the 1848 US- Mexican war by Imex placed here due to the caps still used  by some Confederate soldiers. 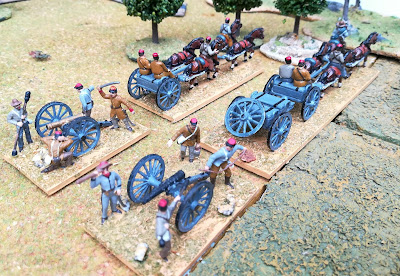 The Divisional artillery has Irregular Miniatures limbers and Imex guns and artillerymen. The commanders of each gun are an Italeri and the other a conversion of the Airfix Napoleonic British artillery set.

Next: Yes, you guessed it, Early's Division, the Army of Northern Virginia.

Posted by João Pedro Peixoto at 06:53