With Kemper's and Garnett's Brigades to the front and Armistead's in support, Pickett's Division leaves Spangler Woods not only to attack the Union Center on the 3rd of July, 1862, but also to enter eternity. 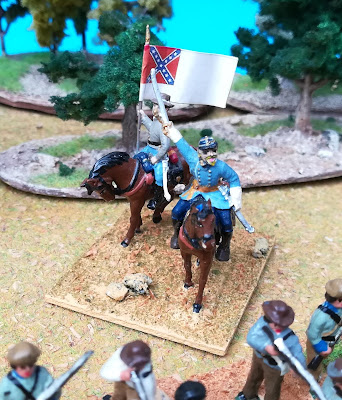 Gen. Pickett is a conversion from several parts - torso, arms and head - of different Italeri figures. I tried to make him as close as possible to the character of the movie. 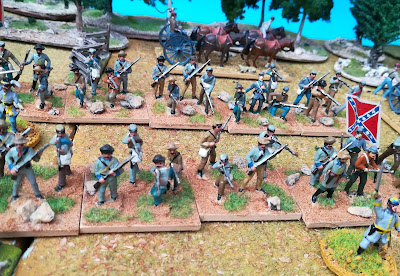 The rank and file is made of block painted old Airfix, Esci and Revell figures. This was my first F&F ACW division to be painted maybe close to 25 years ago and even the flags are still hand painted. 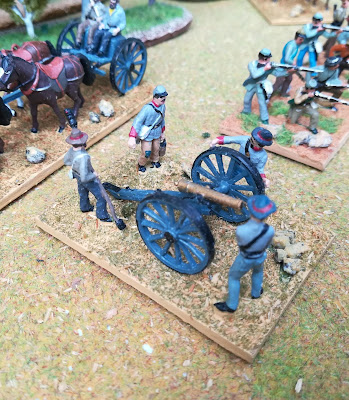 The artillerymen in front are conversions from Airfix British Horse artillery and others are Imex. 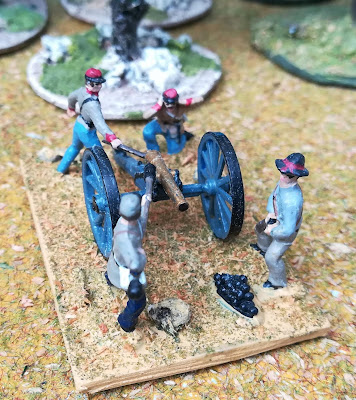 Again you can spot two more Napoleonic conversions in this stand.

The limbers are Imex with their usual overweight horses.

Next: II Corps, the Army of Northern Virginia.

Posted by João Pedro Peixoto at 05:56