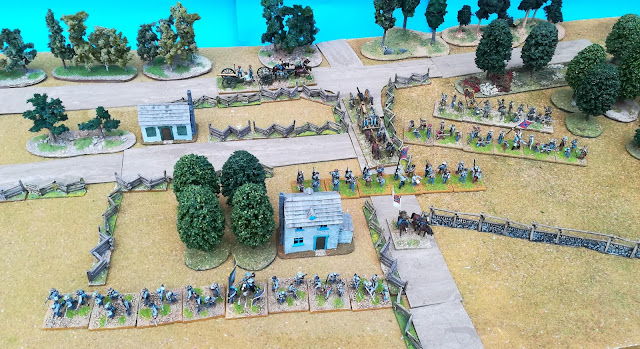 Gen. Jubal Early's Division is preparing the attack on Blocher's Knoll on day one of the battle with Gordon's Georgians already overcoming Josiah Benner's property. 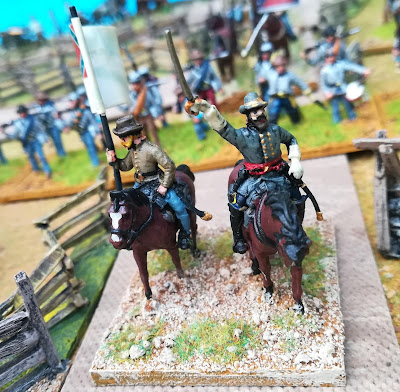 Gen. Early is a conversion of a Revell torso, a Revell head and Italeri legs. 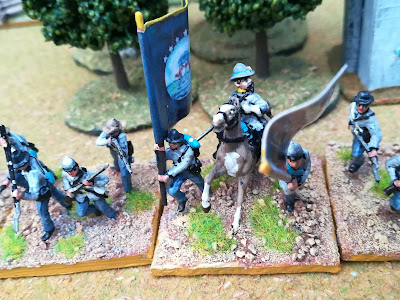 General Gordon is a nice StreletsR figure that catches very well the heroic figure of this great Confederate officer.

The Brigade itself is made mostly of charging Revell figures. 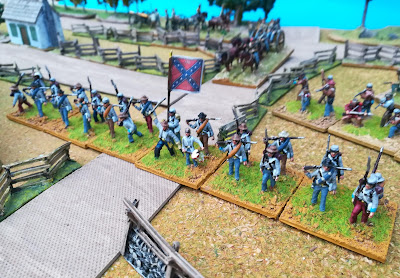 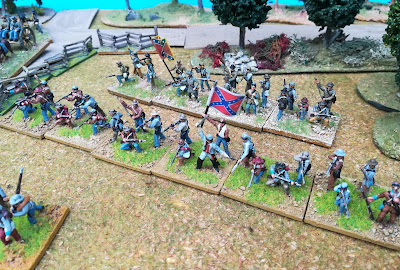 Avery and Smiths' Brigades are made of firing poses from Revell and Imex. 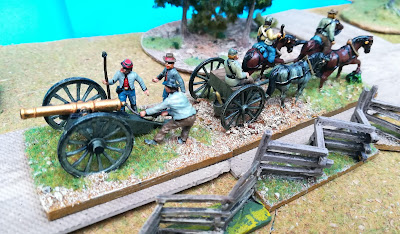 The artillery is the usual mix of plastic and metal. Some Italeri cavalrymen were converted and a figure from the Revell Pioneer box was also used. 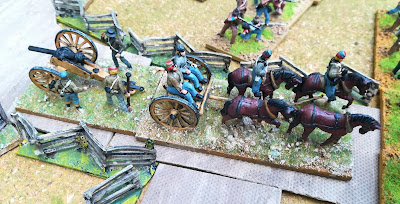 Same story on gun number two. The shouting figure is converted Esci infantryman. The limber and horses are plastic with metal riders from Irregular Miniatures.

Next: Rodes' Division, The Army of Northern Virginia.

Posted by João Pedro Peixoto at 11:58