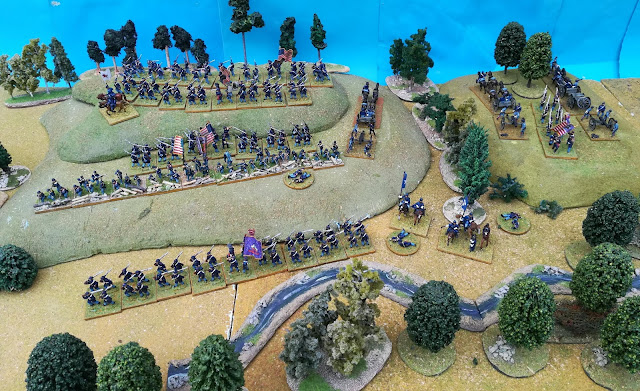 July the 2nd, most of the XII Corps of General Slocum is being moved to the endangered Federal left with a large part of Culp's Hill being defended only by one brigade... 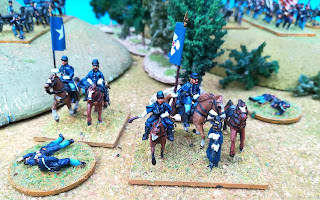 This stand represent General Slocum (on foot) but on this day the temporary command went to Brigadier- General Alpheus Williams as Slocum was convinced that he was in command of the entire right wing due to the sequence of events that followed Gen. Reynolds death. On the left stand you can see Gen. Geary, commander of the 2nd Division of the XII Corps. The Generals are StreletsR and the flag bearers are conversions from the Italeri cavalry.

Culp's Hill was defended on the second day by Greene's Brigade (StreletsR figures) that is marching quickly to the breastworks still manned by McDougall's men.

I built one of the brigades with the breastworks constructed inside each stand made of pieces of true wood taken from my yard. A brigade like this is helpful for many events of the ACW. The figures are mostly Italeri but the usual Imex, Esci and Revell are also there. 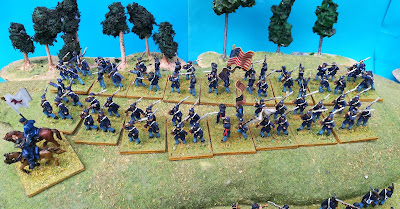 With Greene's Brigade firmly behind its defences and in high ground the rest of the 1st Division marches out of Culp's Hill. Most of the figures are StreletsR from the 'Attack' boxes. 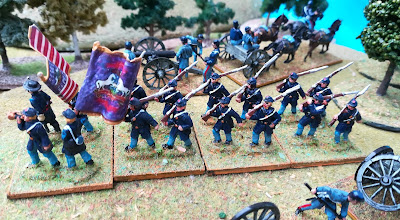 And more in Cobham's Brigade. 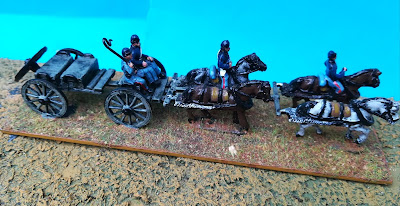 Next: With the Army of the Potomac near the end of its review, Meade's stand and Cavalry are coming.

Posted by João Pedro Peixoto at 14:19