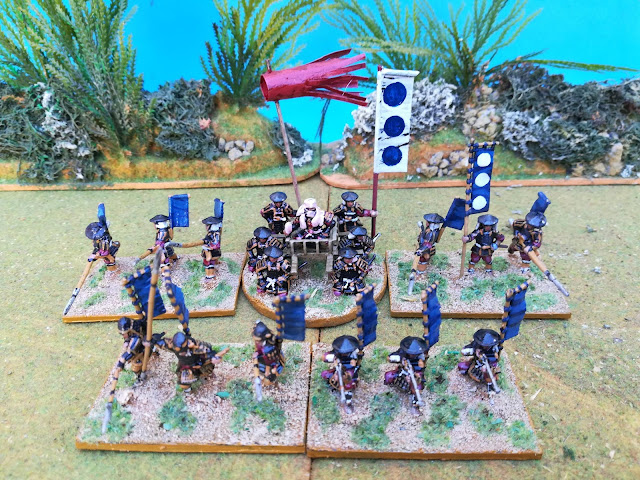 Otani Yoshitsugu was a very famous general of the period and a close friend to Ishida Mitsunari. He tryed to convince Ishida on not going to war against Tokugawa Ieyasu but as a true and loyal friend he fought at Sekigahara were his tactical skills were showed once again. He had a small army as his son was in charge of a much bigger one. Otani Yoshitsugu was also suffering from leprosy and his health was deteriorating forcing him to be transported in a palanquin. At the end of the battle he committed seppuku  and instructed that his head would be cut off and buried. Even today it couldn't be found. 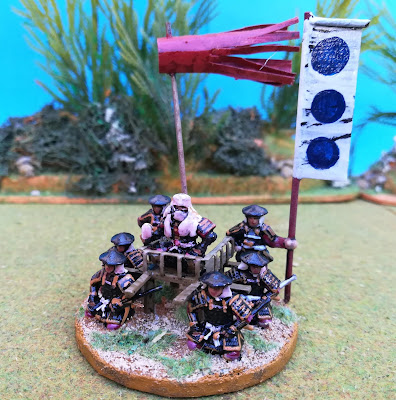 The palanquin were Otani seats is made of plastic card. The Otani figure is the Zvezda General of the Samurai Army Headquarters. The head was worked with putty in order to make the white headdress that covered his sickness. The seated Ashigaru are conversions from the same box with new heads. All other figures are a mixture of Zvezda and RedBox as usual.