The III Flak corps of Gen.W.Pickert was a very important asset for the Germans while defending the  eastern part of the Normandy battleground against the British. Numbers like 450 allied planes and around 100 tanks and other AFV are credited as destroyed by some sources. One important action of this big unit was during operation Goodwood: from the high ground of Bourguébus ridge the heavy batteries of 88mm guns were instrumental in destroying many British tanks that had pierced the 21 PD lines. 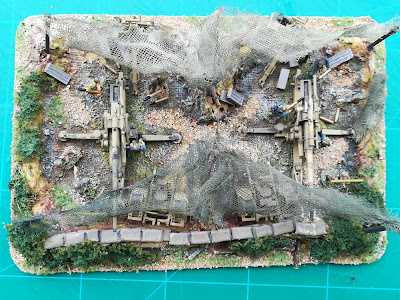 I didn't want too much clean terrain on these stands as the III Flak Corps was attacked constantly by artillery and aircraft. A bit of burned and charred terrain looks the part a bit better. 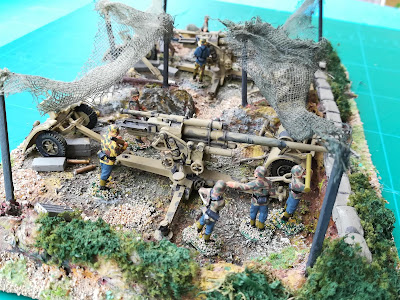 The big stand has two Hasegawa models. The figures are a mixture of Hasegawa and Airfix. 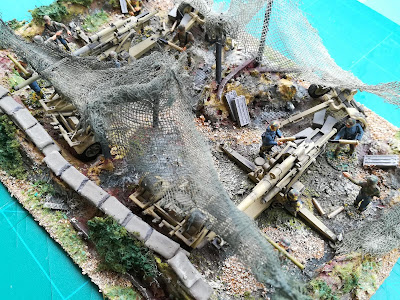 The nets are made of gauze and the sand bags are old Esci from its terrain pack. 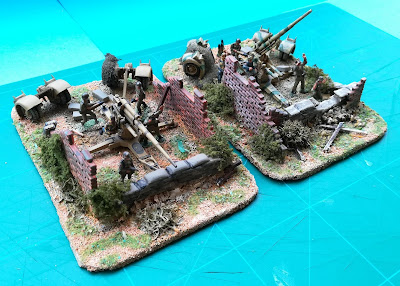 The smaller stands have Airfix 88mm guns with figures from all sources. 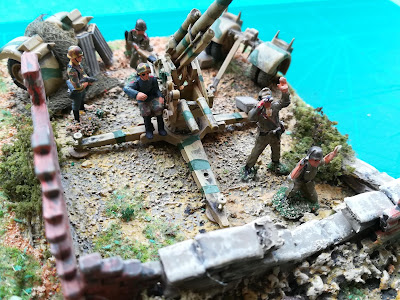 The officer is a Chinese copy of the famous Airfix DAK German officer. The torso was bent with the flame of a lighter for him to look for enemies in the sky. 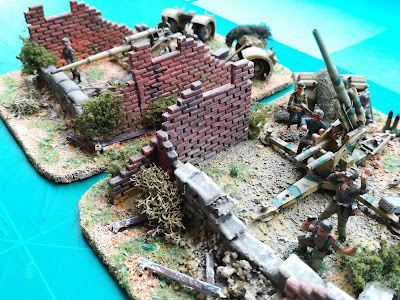 Posted by João Pedro Peixoto at 04:50