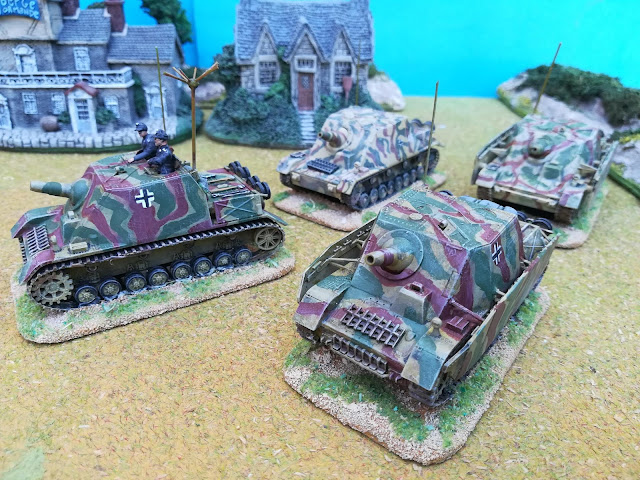 Stu.Pz.Abt. 217 approaches Caen  preparing to split itself in order to support several divisions of the German Army.

This is a reduced battalion of Brumbär with only two companies. In fact you don't need to field the whole battalion as this type of unit was divided in small groups smaller than companies and placed under the command of much bigger units. Besides, this battalion, the only of its kind in the Normandy campaign, had to disembark its tanks from the train 170 km from the front line rendering many of its vehicles useless. 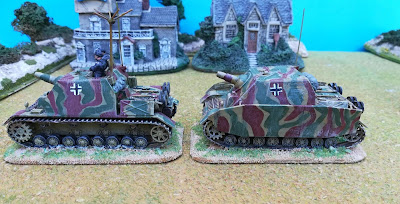 These two Brumbär are Esci and have the true camouflage scheme of this unit. 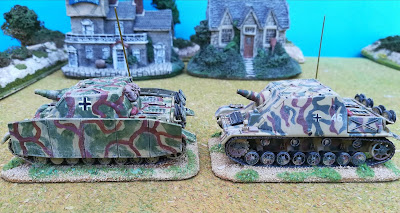 The other two are Altaya Die-casts. I only repainted the one to the left with Stu.Pz.Abt. 217 camouflage scheme leaving the other one as it came with only the usual stowage, black wash and sand dry brush. 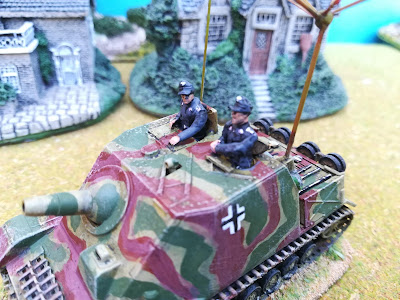 The command vehicle is one of the Esci models. In spite of these vehicles being SPG's  the crew made of PSC models uses the black uniform of the Panzerwaffe as it should.

Posted by João Pedro Peixoto at 04:36