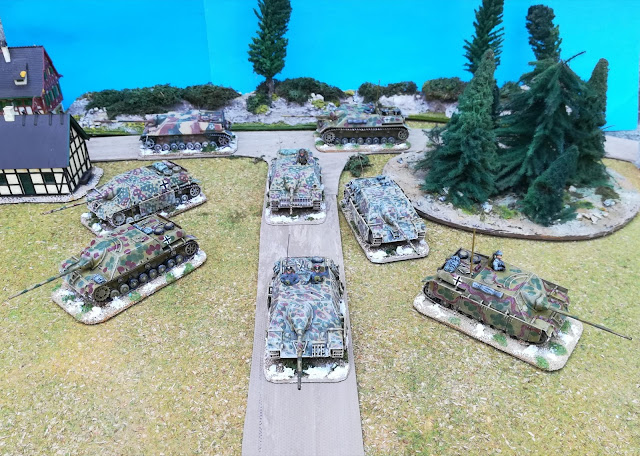 These models of the Jagdpanzer are very versatile as they can be coupled with Jagdpanthers (as you certainly agree the most beautiful tank-hunter ever!) in Panzer Jäger battalions or used in late war Panzer Brigades. 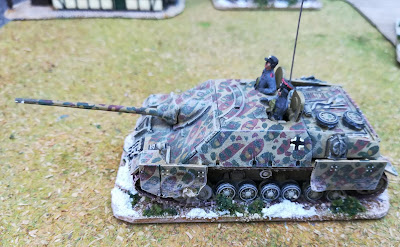 Most of these in my collection are Matchbox (1/76th scale). I use 1/72nd figures to approach the rest of the group that is also 1/72nd scale. Camouflages of late war Panzer Jägers used the Hinterhalt camouflage in several patterns. 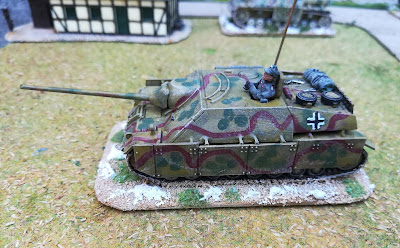 Again a different camouflage and a PSC 1/72nd figure trying to trick the eye. 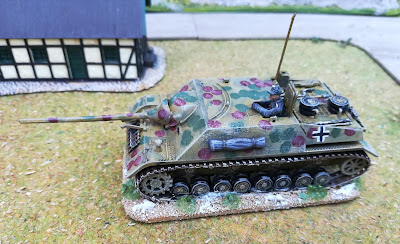 This one is a Esci model so in 1/72nd scale. You can see also an Altaya model in 1/72nd scale in the family photo. Its the model without the Hinterhalt camouflage in the top left corner. 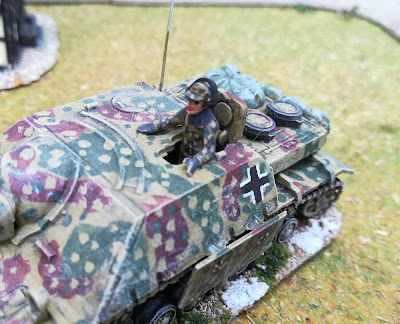 Some crew members were painted with gloves and scarves and headphones were scratch built from plastic. Much of the side extra armour was usually torn or taken out by trees and buildings so a mixture of all possibilities is more realistic.

Posted by João Pedro Peixoto at 04:21