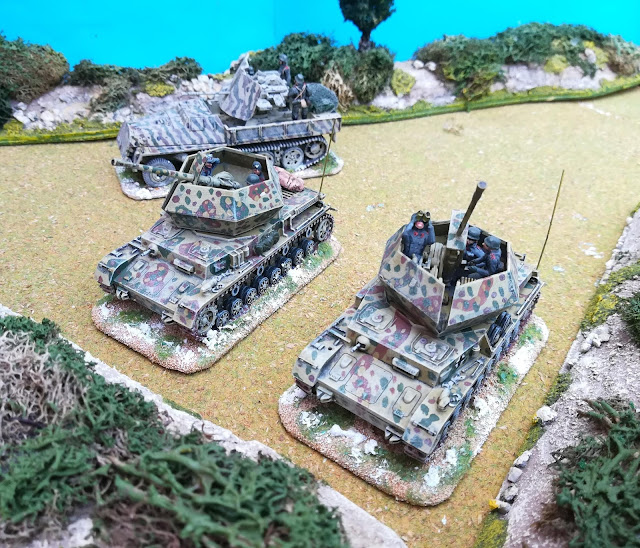 A group of Ostwind 37mm and sWS Flak 37mm look for targets to aim at. 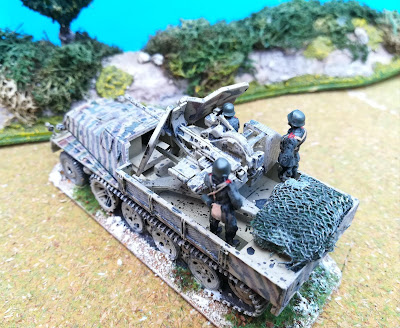 Another 37mm Flak SP this time on sWS chassis. 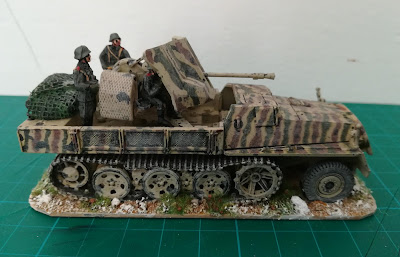 The sWS Flak is a beautiful Altaya model, I would risk saying, one of their best. I only added a mix crew of Esci, Airfix and Skytrex and folded camouflage net. 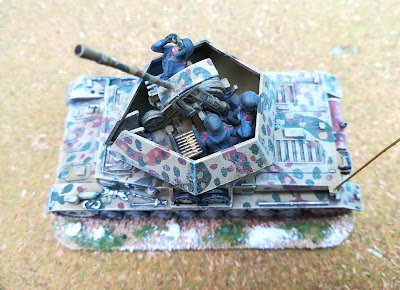 The Ostwinds are Hasegawa with Esci and Raventhorpe crew. The crewman looking for targets is an Esci figure that came with the set of German AT  Artillery. Originally he was laying down but placed in an upright position he fits nicely his new task.

Next: elements of III Flak corps.

Posted by João Pedro Peixoto at 11:45