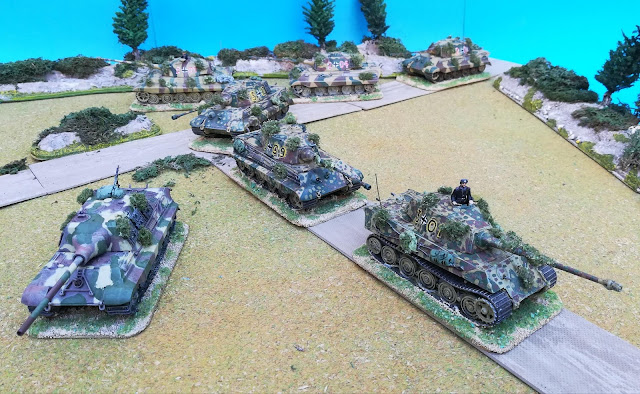 This group of 6 Tiger II represent the two available King Tiger companies from  the S.Pz.Abt.506 against Market Garden operation with the first company detached to Aachen against US ground troops.
This group is a mixture of Esci and Altaya models. 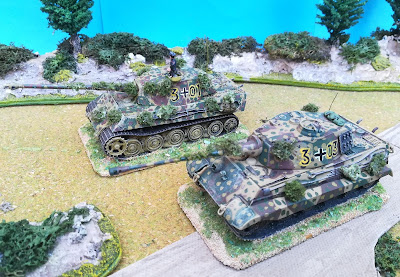 The third company was sent to Elst and had big yellow and black numbers in the turret. The second one (red and white numbers) was sent to Oosterbeek to deal with the last pockets of resistance of the British 6th Airborne.
The closest King Tiger is Altaya and the other one is Esci. There isn't many differences between them as both models are 1/72nd scale even if they have a manufacturing time difference of some 30 years.
Based on pictures of these months I used foliage as camouflage in this group as it's visible the fear of Jabos the Germans had in this period of the war. 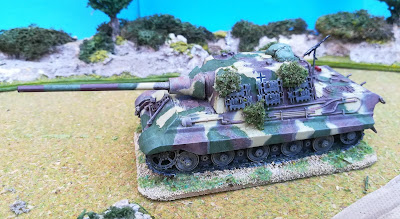 Apparently the S.Pz.Abt. 506 was accompanied by two Jagdtigers still probaly under tests. This one is a repainted Altaya. 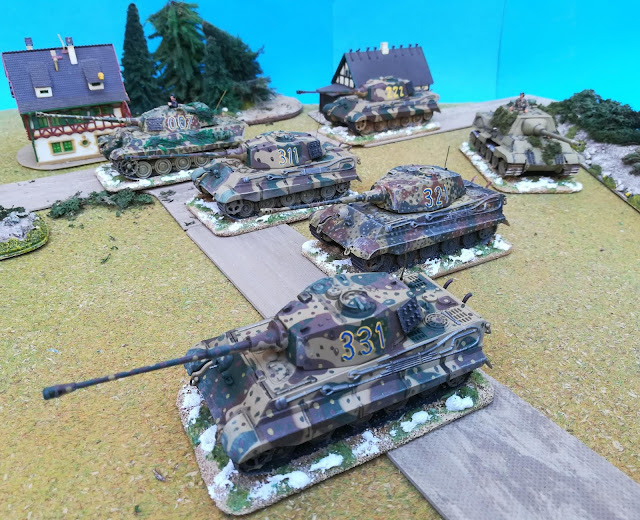 This other group represents the SS S.Pz.Abt. 501 of Peiper's Kampfgruppe. Combining both 506 and SS 501 I have a total of 11 king Tigers: more than enough for both Arnhem, Peiper's raid and all Eastern front actions but not enough for the largest gathering of King Tigers that happened by coincidence when these two units met for the Ardennes campaign within VI SS Panzer Army. There were around 90 King Tigers (18 in RF! terms so 7 to go) for this offensive and if I can find a few more I'll add them to this collection. 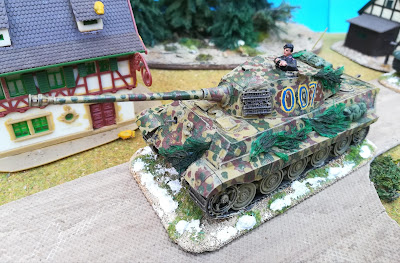 Both command and 3rd company of the SS S.Pz.Abt. 501 had yellow and blue turret numbers. Another particular nice numbers were the full yellow numbers carried by two tanks of the 2nd company one of them visible in the group's picture. The command tank above is Esci. 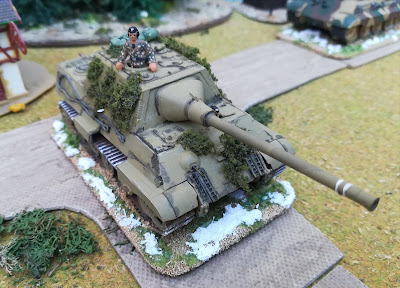 653rd Heavy Panzerjäger Battalion had a few Jagdtigers. This model is also Esci. The snow on the base of all Ardennes models is made simply by mixing equal portions of fine sand, white acrylic paint and wood glue applied with an old brush.

Posted by João Pedro Peixoto at 09:24