Major-General John Sedgwick VI Corps was the biggest of the Potomac Army, over 13.000, strong but was destined to have a small effect on the battle. Even so Sedgwick proved to be one of the most admirable Union officers has he pushed his lead division on the second day toward the sound of battle just in time to help repulse the enemy in exchange for 50 casualties. 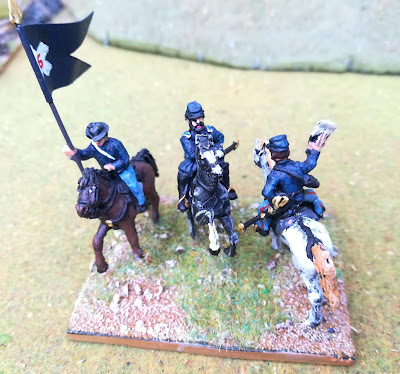 And here is the man itself receiving Meade's orders to march to the sound of the guns. The figures are StreletsR with and Airfix conversion as standard bearer, probably one of the many resin castings I made from the ACW artillery box.

Lead by the recently promoted Gen. Wheaton the 3rd Division moves plug the centre late on the second day. 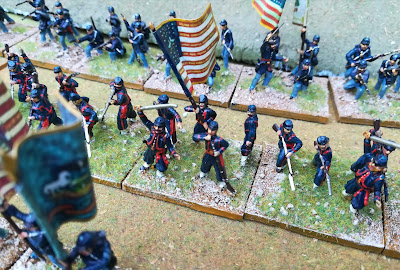 The 2nd Brigade of the Division is represented here by the 23rd Pennsylvania dressed in Zouave attire. The figures are Hat for the rank and file and Italeri for the officers. 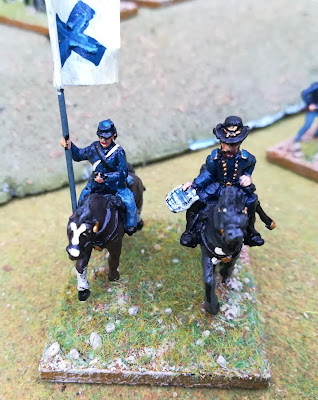 Wheaton is a StreletsR figure with the company of another Airfix copy as standard bearer. 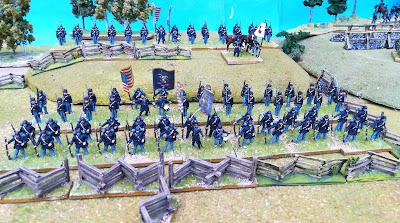 The first divison arrived shortly but didn't participate on the battle thus the standing positions. 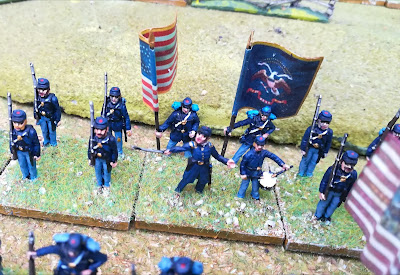 Some conversions were made in these brigades namely in the Esci officer who received new head and had changed arms to dress the ranks. The drummer boy is Imex and most of the figures are Revell and Italeri. 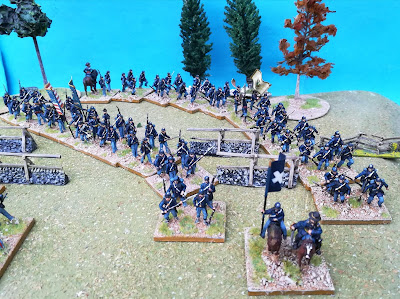 Hurrying to arrive at the battlefield the two brigades of Gen. Howe's 2nd Division march furiously but their participation will be very small. 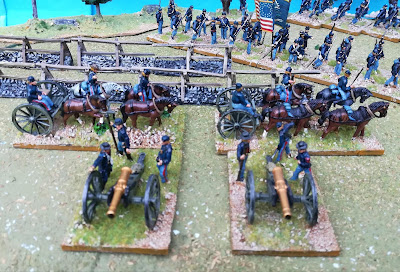 The artillery is a mix of all plastics; metal drivers from Irregular Miniatures and Napoleonic converted cannons. 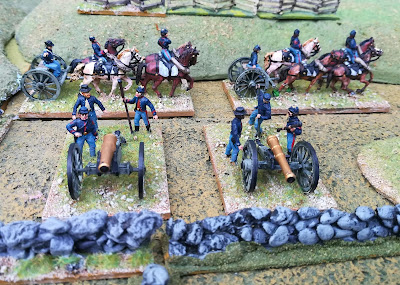 More of the same here with limbers from Italeri.

Next: Howard's XI Corps, the Army of the Potomac.