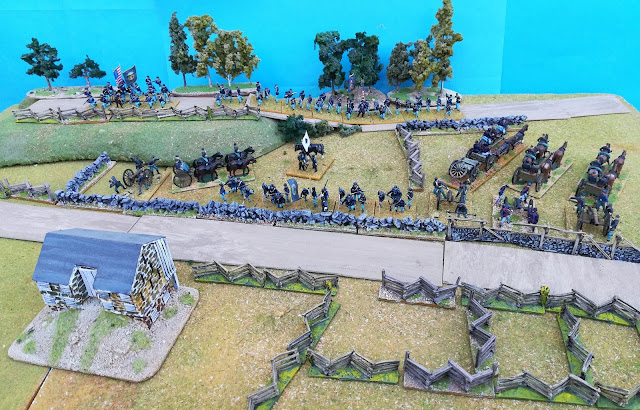 On the 2nd of July, with Bliss Farm close to be hotly contested by the advancing Rebels of Anderson's Division, Gen. Hays orders its Division  to place itself behind the Emmitsburg Road on the high ground of Cemetery Hill. 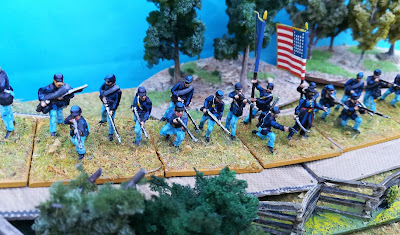 This is Willard Brigade and it should be placed much to the rear on the reverse slope. This same brigade suffered the humiliation of Harper's Ferry and still was not considered  battle worthy. In the same day they gained the confidence of the rest of the army by driving back Barksdale famous attack a feat of arms that also took Col. Willard's life, struck by a cannon ball in the head.

Smyth's Brigade is strongly entrenched behind a stone wall. Again mixture of metal and plastic models. 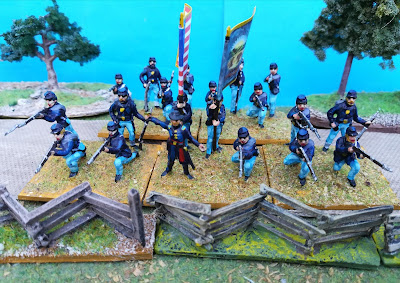 While Carroll's Brigade is a bit more to the north forming reserve columns. This Brigade is Italeri  for the rank and file and standard bearers with an Esci officer. 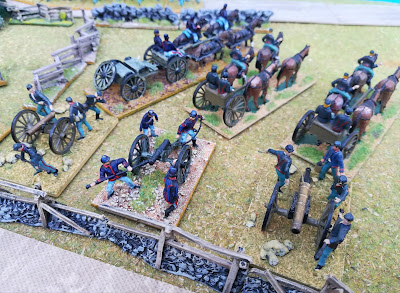 II Corps artillery also has the usual four guns (Fire&Fury ratio, of course) with mostly Revell models with of those Esci figures that originally carried a wounded soldier. 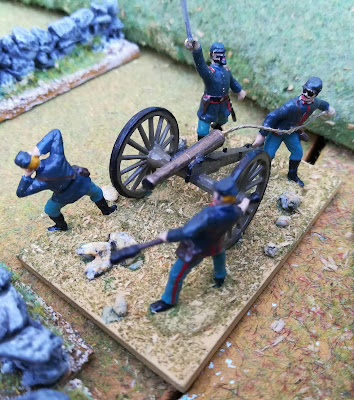 In an other stand you can see Revell artillerymen living together in harmony with an infantry officer. 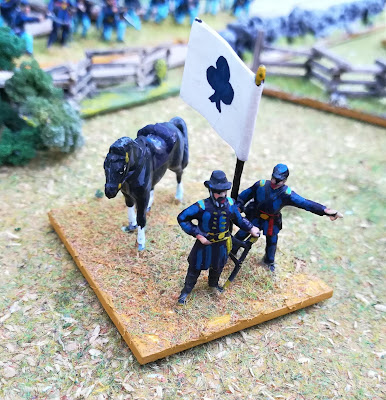 Next: a break in the blue waves for the buildings of Gettysburg.

Posted by João Pedro Peixoto at 13:58