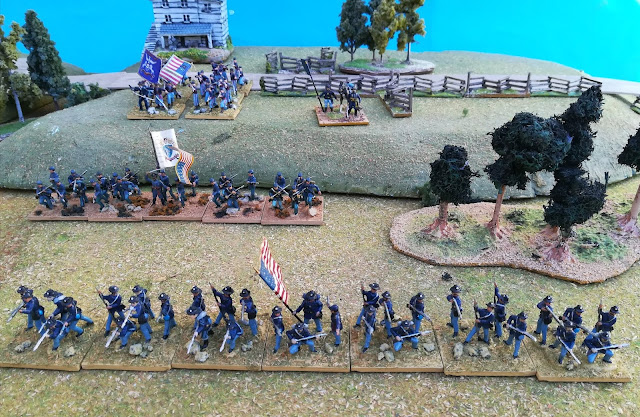 On July the 2nd, Gibbon's Division, placed on Cemetery Hill, faces the assault of the Confederate assault of A.P. Hill Corps. With the approach of 1600 Alabamians under Wilcox menacing the gap between II and III corps, Gen. Hancock urges forward the 262 men of the 1st Minnesota in one of the most famous fighting actions of the war. Half an hour later only 47 remained standing but they gained time for the Union line to be re-established. 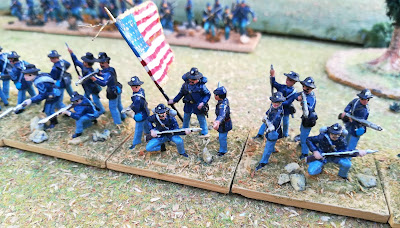 The 1st Minnesota represents Harrow's Brigade and most of the figures are Union bodies with slouch hats taken from Rebel figures. Others are Confederate figures painted as Union. Probably by this time of the war many men would already have lost its slouch hat and had kepis instead but like this the 1st Minnesota is easily recognizable. I also read somewhere that the State/regimental flag was not carried in this battle and the famous paintings of Keith Rocco, Dale Gallon and Don Troiani shows only the National flag while others place both flags. 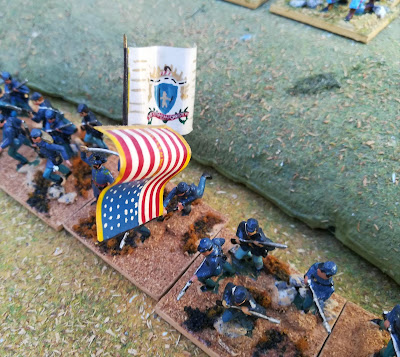 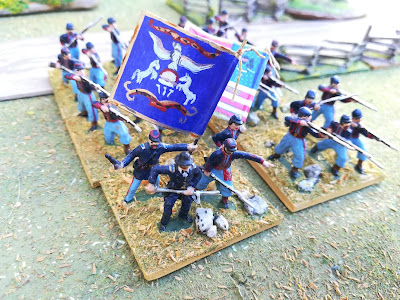 Webb's Pennsylvania Brigade is represented by the Zouave 72nd Reg.Penn.Volunteer Infantry made from Hat figures with officers from Revell and Imex. The State flag is also hand painted. 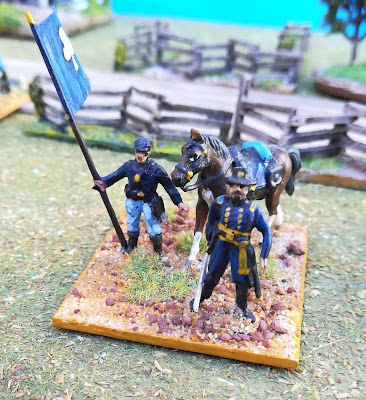 General Gibbon is a conversion from the Esci Union officer with a Revell head with goatee facial hair.

Next: 3rd Division, II Corps Army of the Potomac.
Posted by João Pedro Peixoto at 06:32