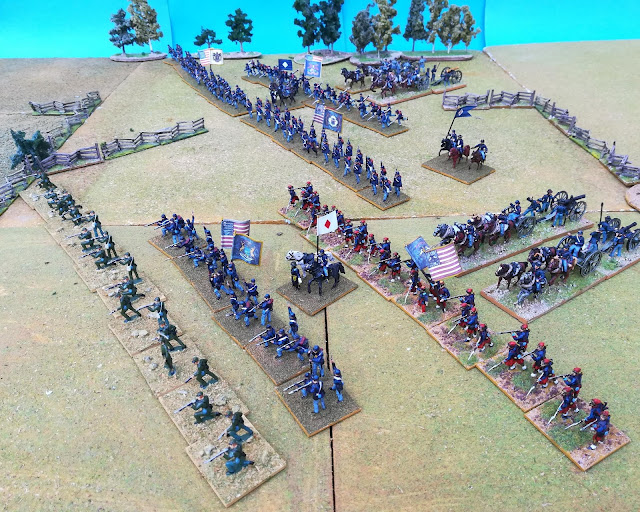 Sickles III Corps advances to a higher position centered in the Peach Orchard, leaving the main line at Cemetery Hill and, worse, leaving its two flanks 'in the air'  and a big hole in the south close to Little and Big Round Tops, jeopardizing the position of the entire army.

On the other hand some say that this disobedience (or misinterpretation of Meade's orders) gave its fruits as the Confederates wasted a good part of its resources in the destruction of III Corps not being able to deal with the arrival of reinforcements from other Union Corps.

There are records of the advance of III Corps from its original position as one of the big shows of ACW with drums playing and flags unfurled. The worst part would come later: the Corps was destroyed including Sickles's leg.

In the far end 2nd Division of Gen. Humphreys advances with Carr and Burling  Brigades to the front and Brewster's in support.
Closer in the picture, Birney's 1st Division joins the general advance of the Corps with Ward Brigade (represented here by Berdan's Sharpshooters) leading, followed by de Trobriand's and Graham's Brigades.

As this Corps only had two divisions I opted for showing the full Corps in one post. 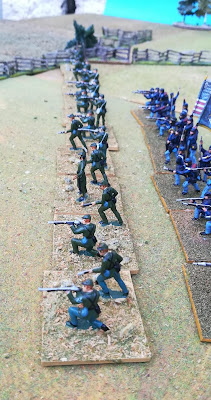 Berdan's Sharpshooters are Esci figures with cut down rifles to look like the  Sharp rifles. 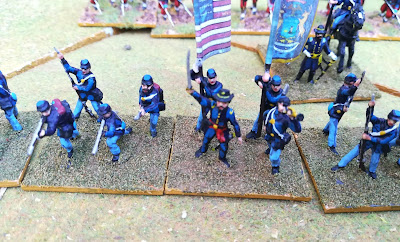 De Trobriand's Brigade is represented here by the 3rd Michigan, with plastic figures from several manufacturers. 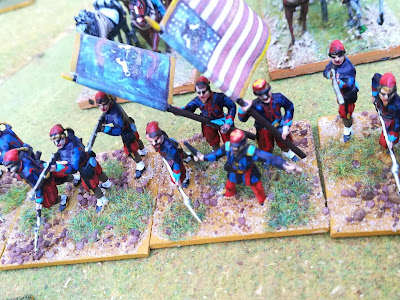 Behind de Trobriand's follows the 114th Pennsylvania of Graham's Brigade. All figures are Italeri with Revell Officer. 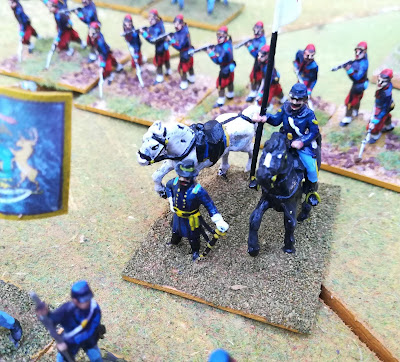 Gen. Birney is the eternal and handy officer from Revell. 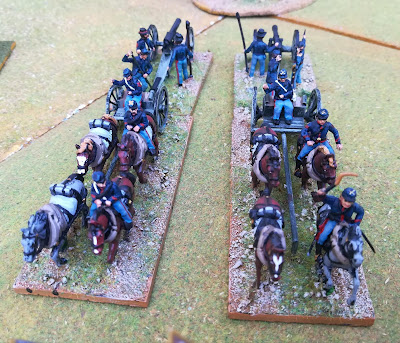 These limbers and guns were made when my Revell and Italeri stock of artillery was over. I built them from a number of sources: resin copied wheels; plastic card axis; drivers from cavalry boxes; etc. The result is Ok and I built plenty both for Union and Confederacy. You can see how in this old article: 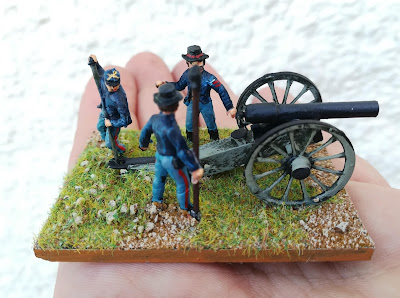 Many of the Napoleons or 6pdr in XIX century artillery boxes were used with Evergreen tubes in order to get 10pdr Parrot or more modern guns used on the ACW. A good base for ACW is the British Napoleonic artillery, minus the side boxes, and with a few cuts here and there, specially in the gun barrel.

Burling's Brigade is made mostly of New Jersey men. Figures are Italeri, Revell and ACTA, 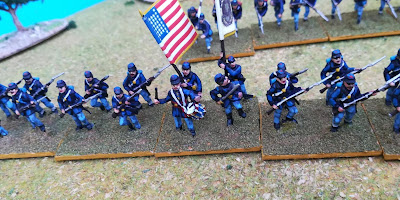 1st Massachussets represents Carr's Brigade and its made of Italeri and Revell figures in the same approximate position with StreletsR officer and drummer  and converted flag bearers. 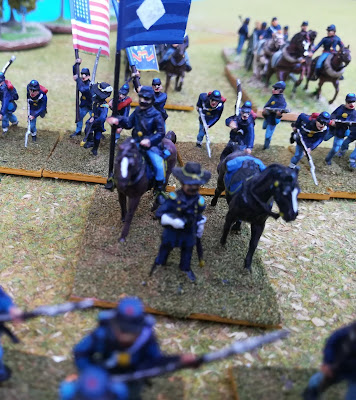 The Commander of 2nd Division, Gen. Humphrey, is a StreletR figure. 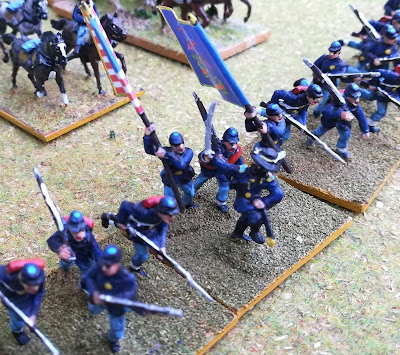 Brewster Brigade, also called the Excelsior Brigade, is an all NY unit. 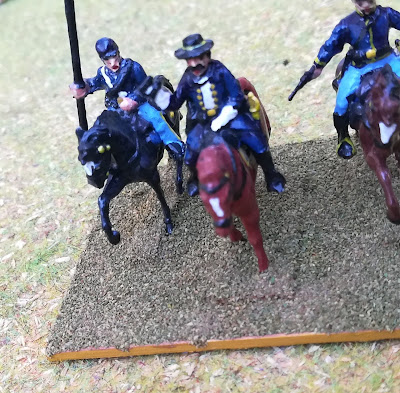 Sickles is a StreletsR figure. He is still two-legged but already killed the wife's lover. Regarding the the other leg he is about to loose it in a matter of minutes. True story!

Next: V Corps of Gen. Sykes.

Posted by João Pedro Peixoto at 06:39