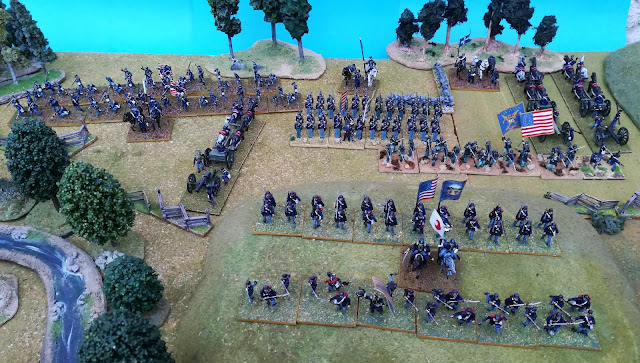 Brigadier-General Francis Barlow division of two Brigades (Von Gilsa and Ames) is already placed in the famous 'Barlow's Knoll' a synonym of defeat in Union's lexicon, with the other two divisions being also forced to move  (in fact Steinwehr's Division stayed at Cemetery Hill while here is on the back of Barlow's). In fact Barlow advanced more than a mile than its orders which were for him to stay at the Almshouse. Like this he left his flanks 'in the air', something that the entire 3rd Corps of Sickles would also do the next day, and  forced other XI Corps units to come in its rescue and being defeated in the process. 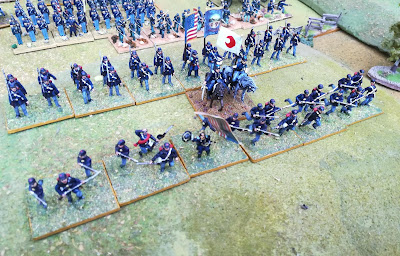 Barlow's decision may look good as it hold high ground... 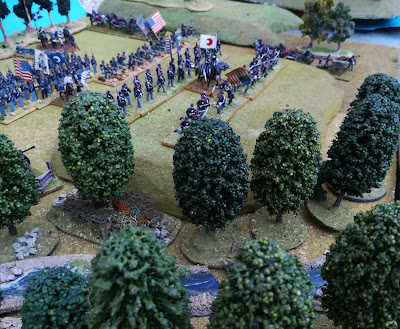 ... but in fact its position was facing Rock Creek and its woods that hide from view the Confederate assault of Gordon and Doles Brigades on 'Barlow's Knoll'. 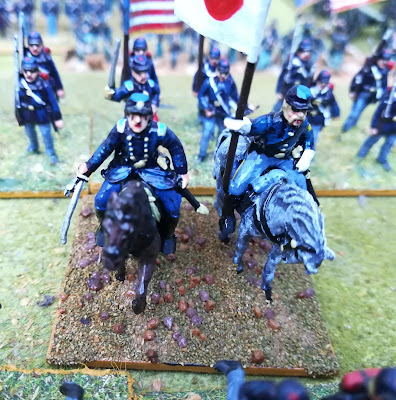 Barlow is minutes from being seriously wounded. The figure of the young Barlow is based on the Italeri Confederate Officer converted with a kepi and painted accordingly. 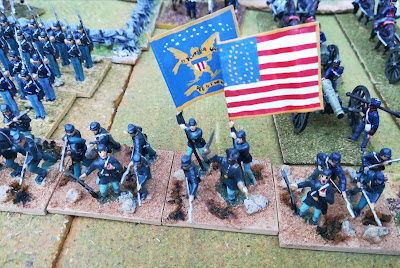 The 2nd Division has some of my painted oldest figures, Airfix, Esci and Revell and even hand painted flags. They represent Coster's Brigade. 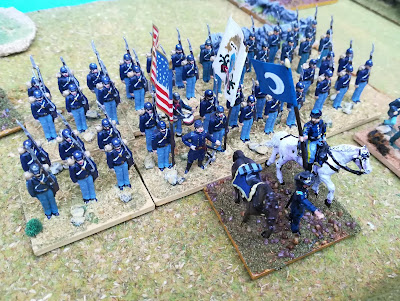 Whenever I can I place Massachusetts regiments due to their beautiful white flags (these ones are also hand painted still). The brigade (Smith's) is entirely Revell with a StreletsR figure as the  Division commander, Gen. von Steinwher.

The Brigades of  Schimmelfenning and Krzyzanowsky from the 3rd Division of Gen Schurz,  move to help Barlow's. The figures are a mix of ACTA, Irregular Miniatures and a few conversions from Esci. 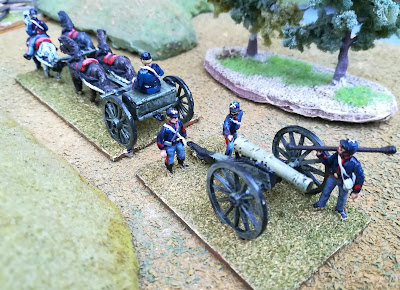 The artillery is made of the usual converted figures and limbers from Irregular Miniatures. 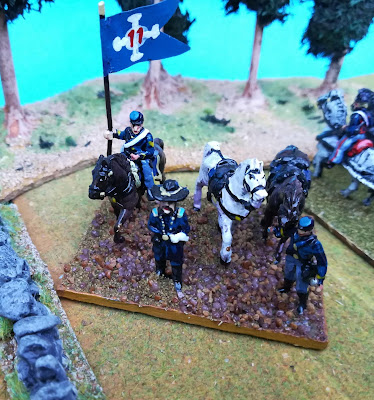 Here is Major-General Otis Howard, portrayed by StreletsR, already with part of his right arm cut off due to injuries suffered one year before at the Battle of Fair Oaks. The standard bearer is an artilleryman from Irregular Miniatures with hand painted flag.

Next: Gen. Slocum's XII Corps, the Army of the Potomac.

Posted by João Pedro Peixoto at 13:10