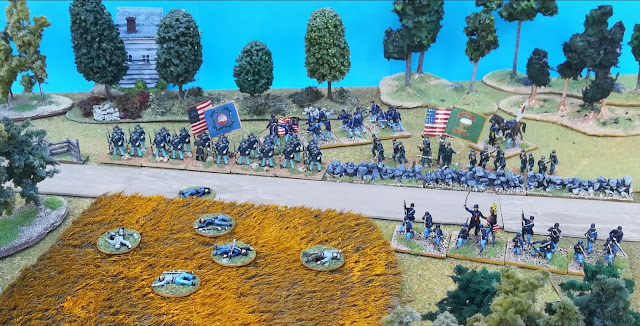 Moving to the second day, 2nd July 1863, 1st Division, II Corps is deploying in the Wheatfield, where some of the most savage fighting of the battle took place. This Division, led by Gen John C. Caldwell was the only to have four brigades in the Army of the Potomac due to the heavy casualties suffered by its regiments in the Fredericksburg campaign.

Cross Brigade, a bit ahead of the others, is ready to engage Anderson's Division in the eastern part of the Wheatfield. In line, behind the Wheatfield Road, stand Zook's and Kelly's Brigade. To the rear and getting ready to form a reserve comes Brooke's Brigade. 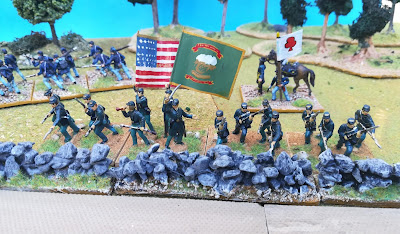 Behind a stonewall stands the famous Irish Brigade (Kelly's). The figures are Esci and Revell and the flags are still hand painted as this brigade is one of my oldest. 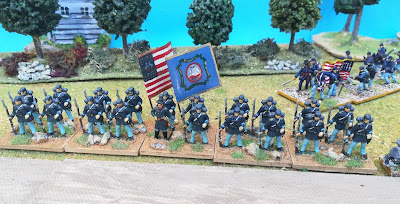 Zook's Brigade is here represented by the 140th Pennsylvania. I painted brass epaulettes on these figures as this was part of their initial uniform. Also hand painted flags. 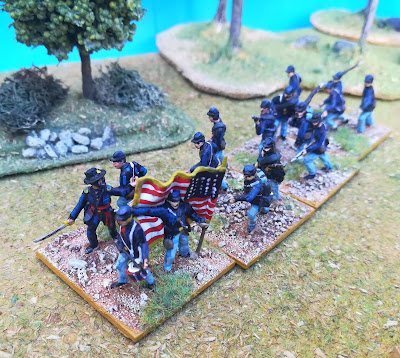 Brooke's brigade is marching in column with Esci, ACTA, Revell and Irregular Miniatures figures. The Officer is a conversion of an Italeri figure. 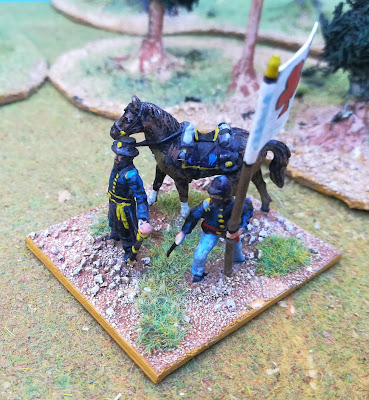 Division Commander, Gen. Caldwell, had a short but hairy beard and the Revell figure portrays him quite well. 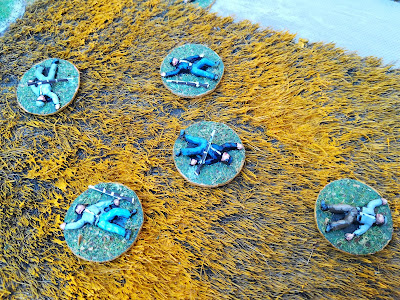 The Wheatfield is already strewned with bodies. The figures are Irregular Miniatures and some have a plastic rifle. In Fire&Fury these figures, and many different ones,  are markers, and were a novelty in the wargaming panorama in 1990.

Posted by João Pedro Peixoto at 09:47