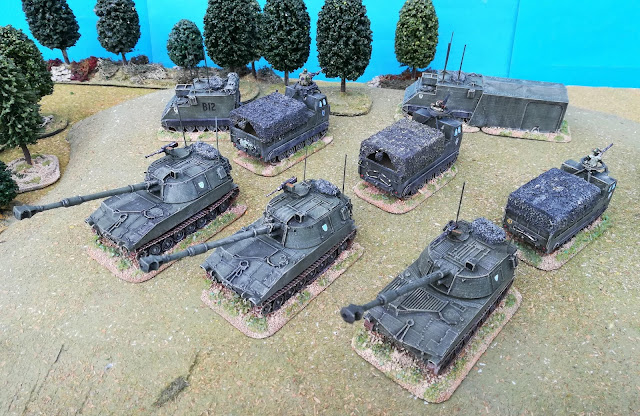 The GAC (Grupo de Artilharia de Campanha/Field Artillery Group) is the artillery component of the Brigada Mecanizada. It has three artillery batteries with M-109A5 SPG's.

My M-109's are (closer) a BPM model and the other two are Riich models. And you really have to be rich to have Riich models as they are around 25 Euro each and, even worse, they take an enormous  amount of time to build as they are very detailed, have hundreds of parts in plastic and even a few photo-etched.

I think they are the modeller's dream and the wargamer's nightmare.

On the other hand the BMP model is half price and comes in four parts. 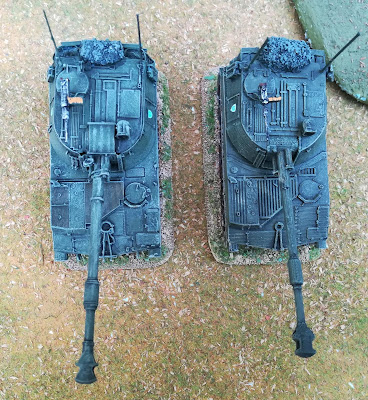 Side by side for comparison: left - Riich, right - BMP. 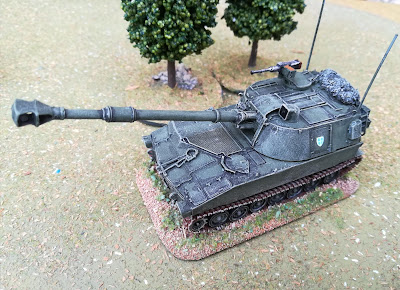 The only change I made on the Riich models was the replacement of the turret MG as it was so thin (so accurate, a diorama modeller would say) that they broke as soon as they left the sprue and used BMP Brownings instead . 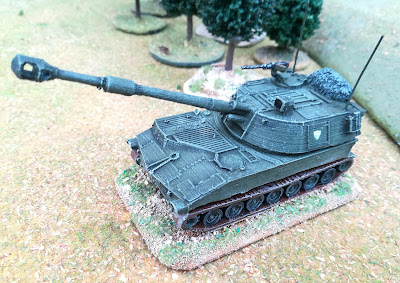 The BMP model is as it came. I only added the usual antennae and some camouflage net rolled in the turret back as I did on the Riich models. 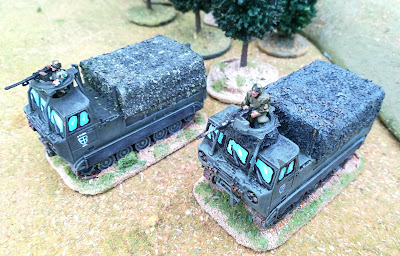 These two M548 ammo carriers are Altaya and only have an Esci soldier with new arms manning the MG and the usual camouflage net made from Noch foliage . 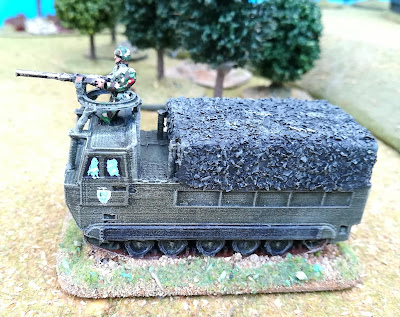 The third one is BMP and also suffered the same treatment. 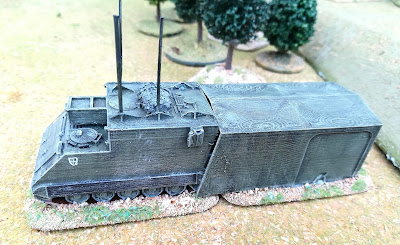 The command of the Group is given to this M577 with tent from BMP. 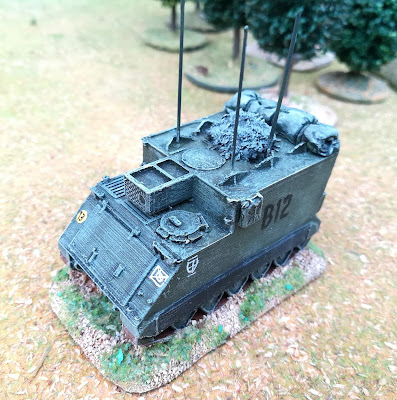 I also painted a second M577 but this one will go to the command of the 1st Mechanized Infantry Battalion of the BrigMec.

Posted by João Pedro Peixoto at 12:30