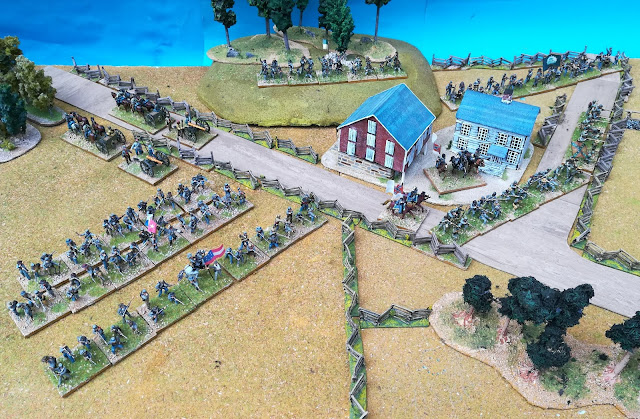 Robert E. Rodes Division sweeps down from Culp's Hill on the 1st of July and prepares to battle Baxter's Brigade close to Shead's woods. The Divisional commander watches from the Mummasburg road and bypasses McLean's Farm. 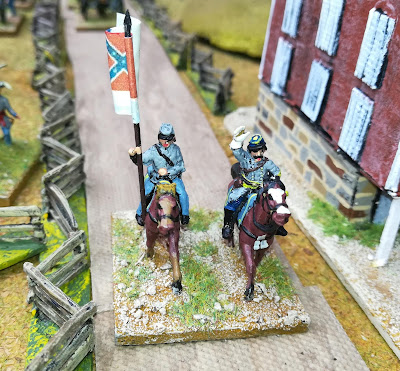 General Rodes is a figure from StreletsR and the flag bearer is a resin copy of an old and venerable Airfix figure. 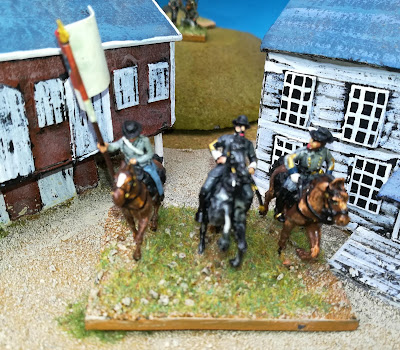 The presence of Corps commander is a bit blurry, exactly like his decisions late in the day on not assaulting Cemetery Hill, but Gen. Ewell is a recognizable Italeri officer with a Revell head.

Daniel's (back) and Iverson's (front) Brigades. Many of the uniforms in this Division were painted all Cadet Grey as most of its regiments were from North Carolina. Most of the figures are Italeri.

Ramseur's Brigade is a mostly Imex and Revell Brigade.

A mix of all brands for the Georgians of Dole's Brigade. 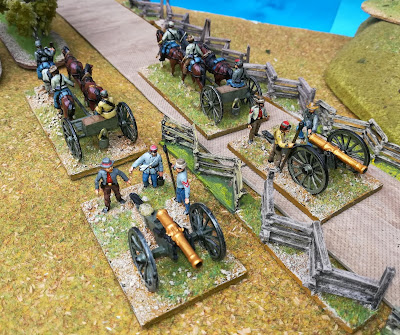 The artillery has converted guns from Esci Napoleonics; the artillerymen are mostly converted Italeri cavalrymen; limbers are Evergreen (buckets included); horses came from all origins and riders are Airfix copies or metal Irregular Miniatures.

Next: A.P. Hill's III Corps, the Army of Northern Virginia.

Posted by João Pedro Peixoto at 09:51