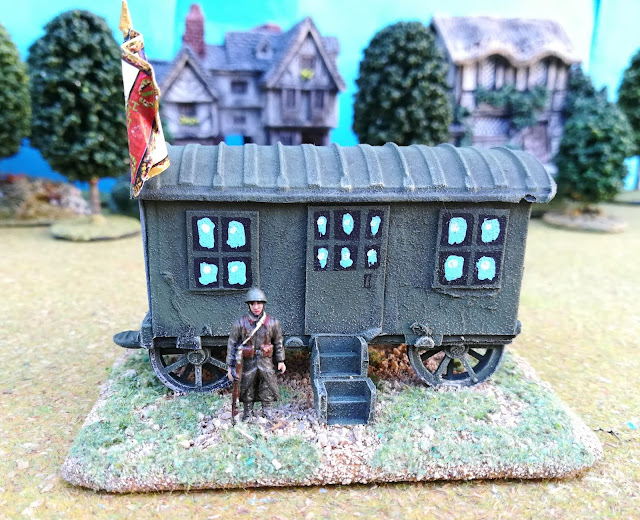 One of the problems of building a French army for 1940 in 20mm is the lack of command vehicles. The last issue of GBM  magazine (HS7) brings a probable sugestion in the form of the Remorque-Bureau (Trailer Office). Apparently the French, and probably other pre-WW2 armies,  used these wheeled cabins as offices. A towing vehicle is also necessary but I have no idea as to which model would pull these ones. 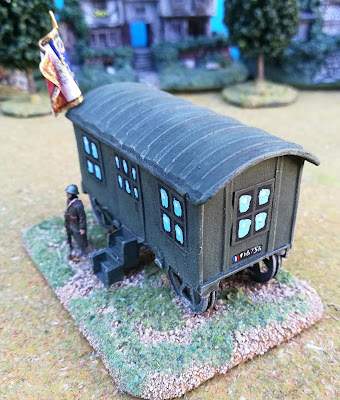 This trailer is made from the leftover cabin of my Polish Smialy armoured train. 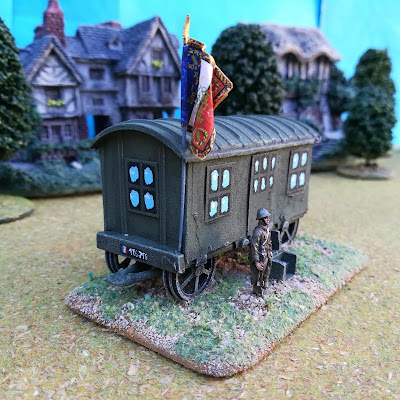 The windows are painted card and the sentinel is a Caesar figure. The wheels are extras from the WWI Airfix Mk1 tank (rudder parts). 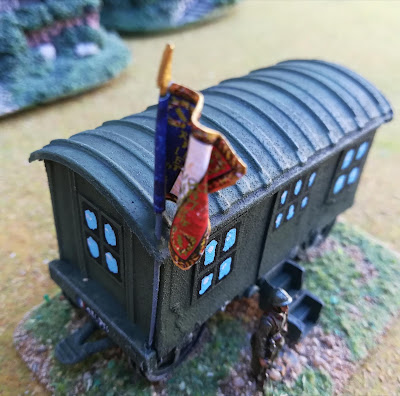 The flag is a Napoleonic 1812-15 flag but if you fold it enough the inscription in it will not be readable and it can pass as a ceremonial French flag of 1940. 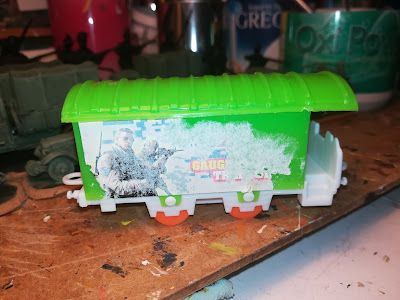 This was the toy I used for this trailer. Lots of cutting and breaking was necessary to make it acceptable. As you can see I quit taking out the glued paper and after finishing the conversion I just applied GamesWorkshop primer and it worked OK. 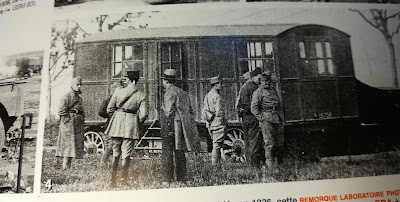 And this is the picture of the original Trailer Office.

This funny vehicle dates from the mid-20s and may even have seen service in WWI so probably it didn't get to May 1940. But I like to think that this one did.

Next: More Iraqi 5th MD and III Corps assets or the figures of the Dragons Portés for the 15e RDP.

Posted by João Pedro Peixoto at 12:29