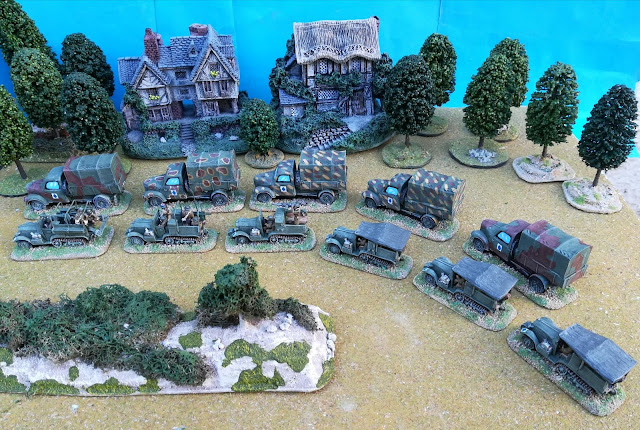 The two battalions of Chasseurs Portés of the 15e RDP (5e DLC) pass in the hamlet of Deux Maisons with orders to delay the German advance in the Ardennes. 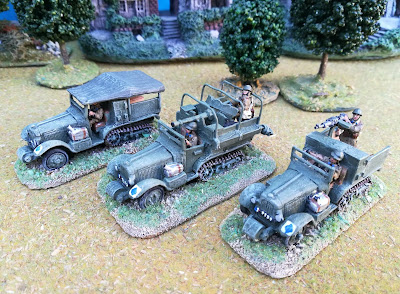 The P-19's of the support company of the first battalion include in the center a Portee 25mm that didn't exist in the 5e DLC but that in this form is absolutely irresistible. To the left the EWM P-19 mortar version had the boxes behind the driver unified with two component paste and some door handlers glued on their side. The P-19 MG version on the right had the boxes dealt on the same way. 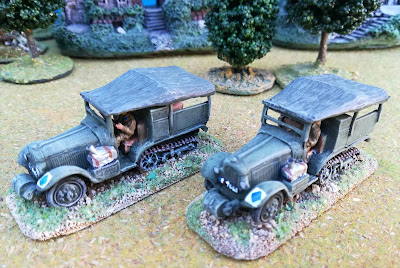 The standard P-19's for the Fusiliers were built with no changes. 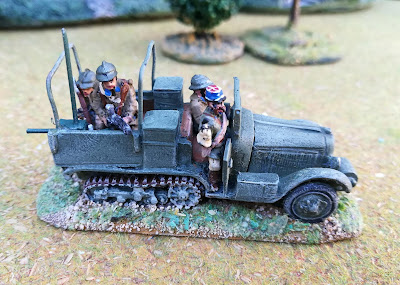 The Command version had two extra EWM figures on the back, one manning a radio and the other holding the FM mle 24, and an Irregular Miniatures officer preparing to leave the vehicle. 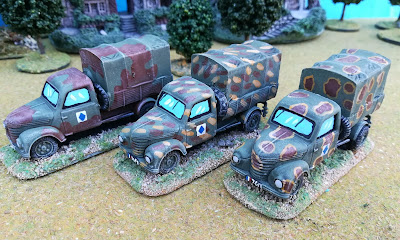 I bought another five cheap Chinese Die-casts for the second battalion of the 15th RDP.

You can see here what I did with the first batch:

This time they are intended to pass as the GMC ACK 353 that was in service in this regiment as these models are very close to the American trucks. I looked for models of this US truck but I could only find the six wheeled GMC. As these toys are far from perfect they suffered some changes namely the insertion of two replacement wheels behind the driver and double wheels on the rear set. 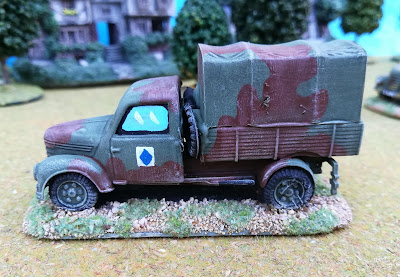 The extra replacement wheels also allowed for the displacement of the cargo structure to the rear making the vehicle a bit longer as a true GMC ACK 353. 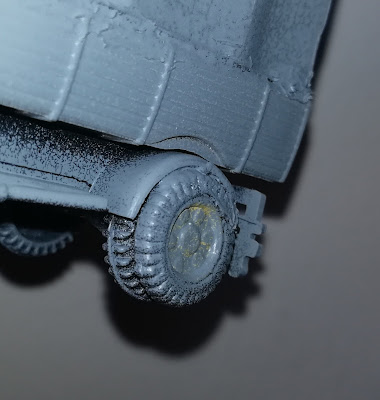 The double set of wheels you need to correctly portray the GMC ACK 353. 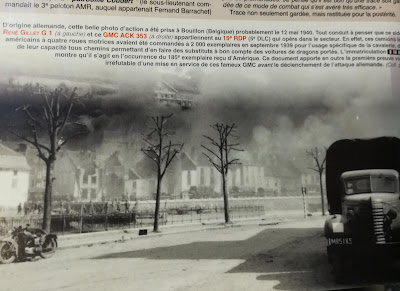 This picture in GBM is one of the few that confirms the usage of this vehicle by the 15e RDP. 82 of these US trucks are known to have joined the regiment but they are not enough to equip the two battalions. Based on this information I made the two battalions equipped differently, one with P-19 and the other with the US trucks.