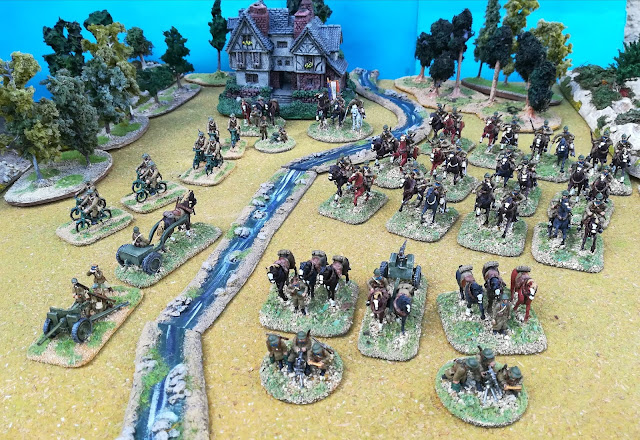 Just finished the last big unit of the 5e DLC, the 12e RCC. Its mostly a copy of the 11e Régiment de Cuirassiers that I made a few months ago. I used more of the Hat French WWI cavalry figures, EWM cyclists and MMG's, Lancer Miniatures 25mm AT gun and a few Caesar figures for some specific stands. 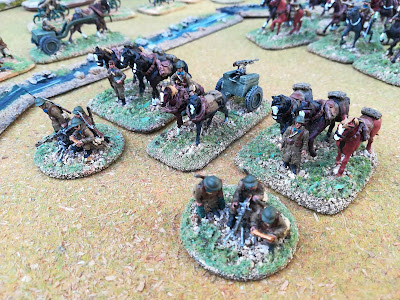 The support squadron is EWM and Caesar mostly. The work on the EWM MMG's figures is on the coat in order to make it unbuttoned, and on the puttees in order to turn them into cavalry boots by using filler and painting them black. The horse holders are Caesar figures with Hat standing horses. 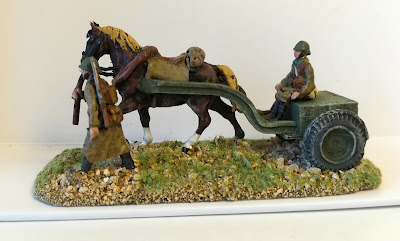 The 25mm SA34 AT gun tow was built in Evergreen. The horse is one of those nice Revell German horses of the artillery set pulled by a conversion from Caesar and a Hat driver. 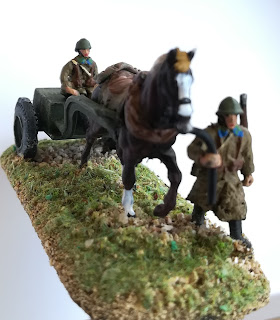 The conversion of the Caesar front figure had to have a relocated rifle, unbuttoned coat and a new arm to pull the horse's reins. 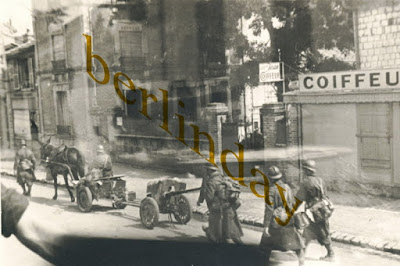 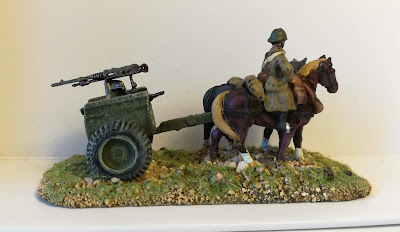 The Mle 1911 cart for the Hotchkiss MMG's is also scratch built using Airfix horses, Hat driver and a Revell MMG. The cart itself is made of Evergreen plastic card with resin copies of some plastic wheels. 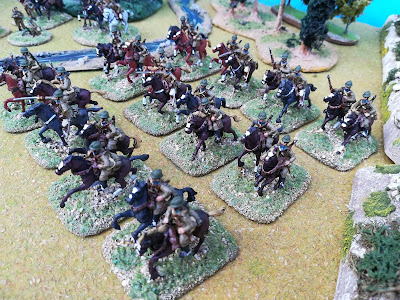 The three mounted cavalry squadrons have plenty of Esci horses as many of the original Hat were used for the horse holders. 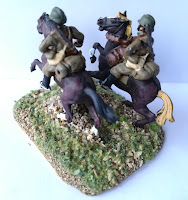 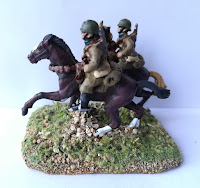 The Esci horses were taken mostly from the Scots Grey set and a few details on the horses equipment were added.

The fourth squadron, like in the 11e Cuirassiers, ride their butt-pain bikes due to the lack of horses. 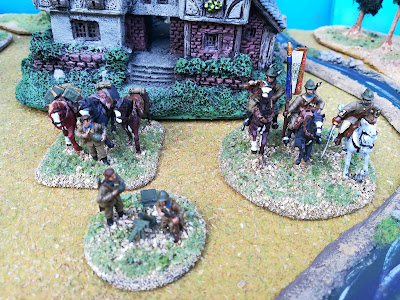 The HQ of the regiment has Hat cavalry figures and Caesar foot. The 60mm mortar is scratch built.

Not sure about the boxes for the 60mm mortar and ammo as I never found any picture of them. I just used some old ones from the Italian Esci Alpini set. 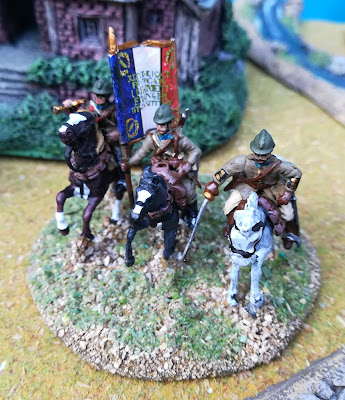 The command stand is the usual Hat figures with the cornet having a Hat Napoleonic British arm instead. 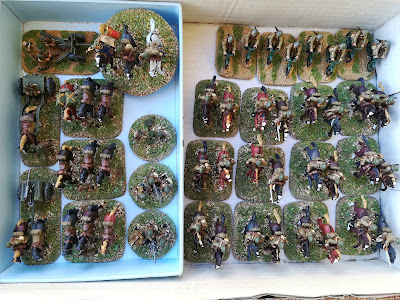 The family moved to a T1 after the pictures but now they are on the way to a much bigger house on my basement.


Next: more French 1940 probably, command cars and the last two H-39 for all big units. Also the two cavalry regiments in dismounted positions is a possibility.

Posted by João Pedro Peixoto at 06:39