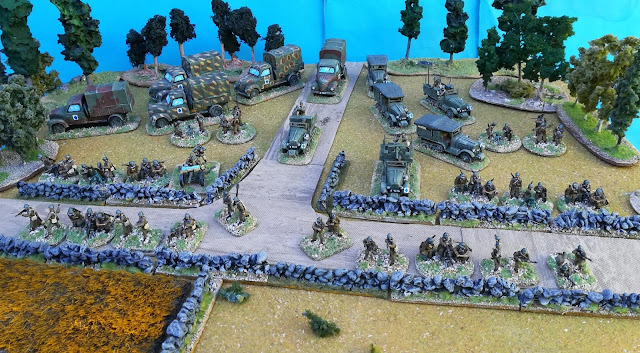 The 15e RDP chooses a crossroads in an Ardennes forest to try to slow down the invading Germans.

The Regiment figures are finished. The EWM and Caesar figures mix very well after painting. Of course the bodies and helmets are a bit larger  in EWM but not everybody eats the same amount of food.

The rifle squadron of each battalions has 11 figures as Messieurs Colin and Richard say, seven from Caesar with the vareuse or the  converted Capotes and three EWM in the MMG. 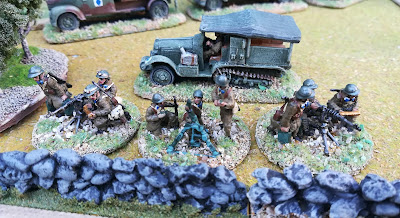 The support squadrons are the opposite with more EWM than Caesar figures. The Dragons Portés MMGs are a total of six for the two battalions. Not bad as it has to compensate the lack of riflemen in the regiment. 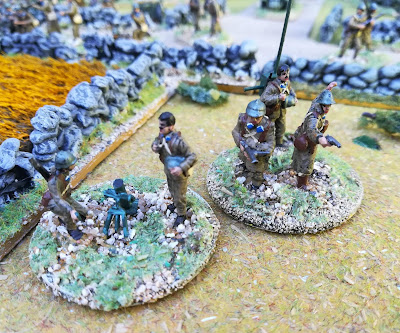 The command squadrons are a mix of the two brands plus an ESCI figure with the 60mm mortar coming from the US range of SHQ.

The work with the two component paste on the Capotes can be seen here. After painting the result is reasonable and they look like cavalry dress.

Next: Maybe the last cavalry regiment for this division, the 12e Chasseurs, or some Iranian armour for the 1980-88 conflict.

Posted by João Pedro Peixoto at 10:44