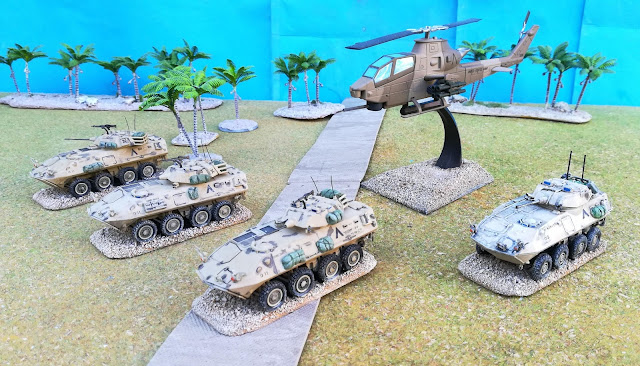 With the last flow of material to the Iraqi Army we could still think that Saddam could win the 1991 war. In order to balance that I needed to get some reinforcements for my Marines in the Khafji sector. The issue was simple as all these five models  are Die-cast (Altaya and Armour) and just needed a few brush strokes. 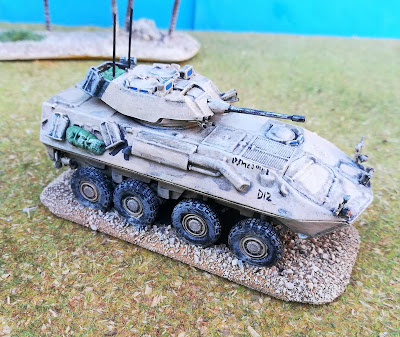 This is the Altaya LAV-25. It was necessary a full repaint as it carried the ETO colour scheme. 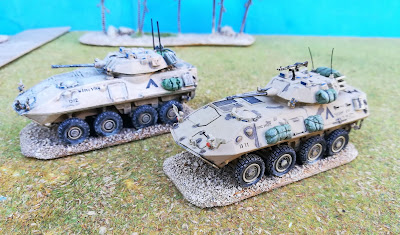 Much better than the Altaya version you can see on the right the Armour model. Not only its much more detailed as it carries the turret MG. The usual stowage treatment and basing was applied and the Marines have some transport. In the future I'll go for the BPM range of LAV-25 which already covers all variants for the 1991 Gulf War. 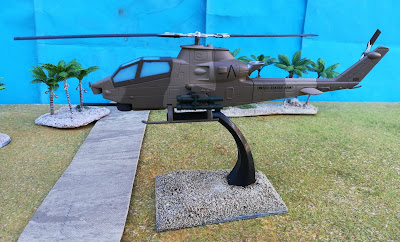 Next: Wether the infantry for the French 1940 15e RDP or the Iraqi assets from the III Corps.

Posted by João Pedro Peixoto at 04:52