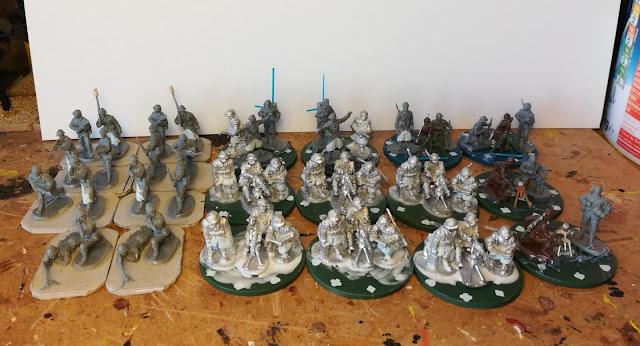 This group of 50 figures represents the full 15e RDP of the 5e DLC as each of its battalions only has one rifle squadron the rest being command and support squadrons. I used Caesar plastic figures and EWM metal for this unit. 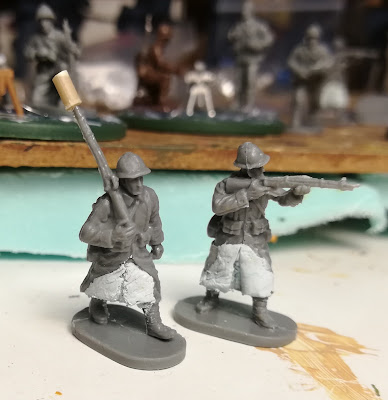 These Dragoons have the cavalry uniform so the Vareuse is Ok but the Capote of the original Caesar figures have its buttons fastened on the back in infantry style. I used two component paste to make the cavalry Capote front details and cut the folded part on the back with a X-Acto. 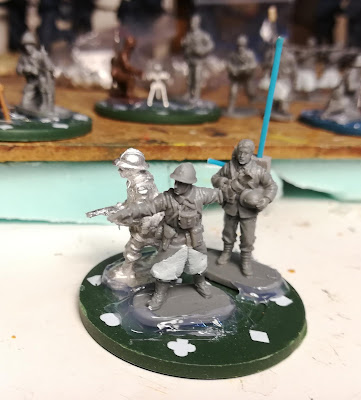 The same for the officer. Even for infantry the original Caesar officer has the Capote fastened which was not the way for any officer to use it. Taking out that small detail and the lack of some weapons the Caesar figures are great. 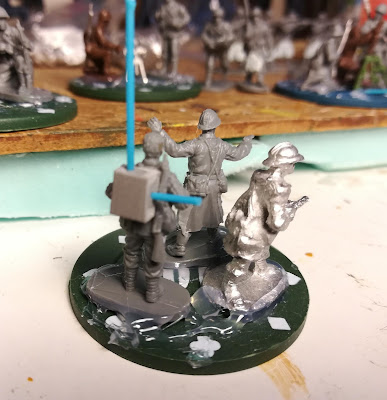 The radio man is the standing casually figure with a scratch built (sort of) French ER40A radio on its back. 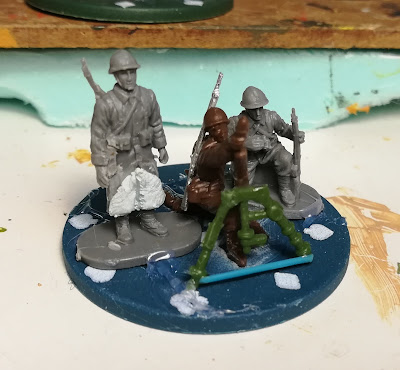 For the Brandt 81mm mortars I used the Esci figure with bipod from Atlantic and cut in some extra details. The other figures are Caesar. The figure on the left had its rifle taken out and placed on its back. 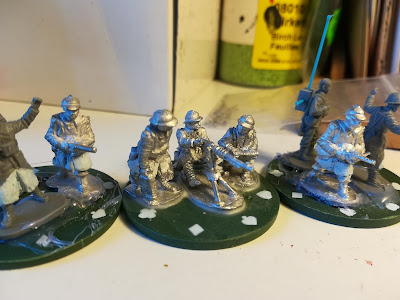 The 8mm Hotchkiss MMG are all EWM and the same trick on the Capote was used to turn these figures into Dragons Portés.

Next: Most probably these figures already painted.
Posted by João Pedro Peixoto at 03:29