Standing in reserve in the outskirts of Sula Village stands Mermet's Division, part of Ney's 6th Corps. Due to its reserve status in this battle I used all standing positions I could from Ykreol and Hat miniatures. 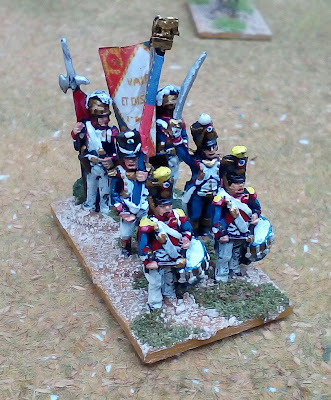 Ykreol figures capture very well the campaign look of these veteran units that participated in the 3rd invasion of Portugal. They also go very well with the Hat figures with the 1806-12 uniform. 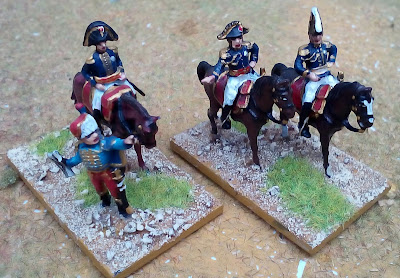 The divisional stand (L) has a Mermet from Revell with added EverGreen plume in the bicorne; the ADC is Italeri. The Corps stand has an Italeri Ney (figure in the extreme right) with StreletsR head and another general from Italeri. 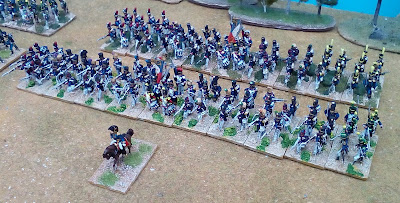 Labasseé's Brigade has in front the larger 50e de Ligne, mostly Ykreol with some Hat, and to the rear the 59e de Ligne , mostly Hat with some Ykreol miniatures. 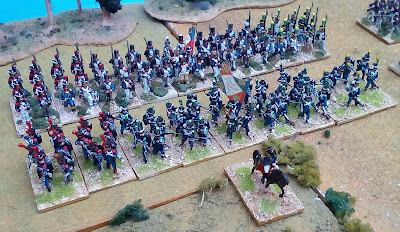 Bardet's Brigade includes the 25e Legére (in front, Zvezda figures) and the 27e de Ligne (Hat and Ykreol figures. Both Brigade commanders are my usual conversions.

Next: Loison's Division, that great SOB.
Posted by João Pedro Peixoto at 00:54