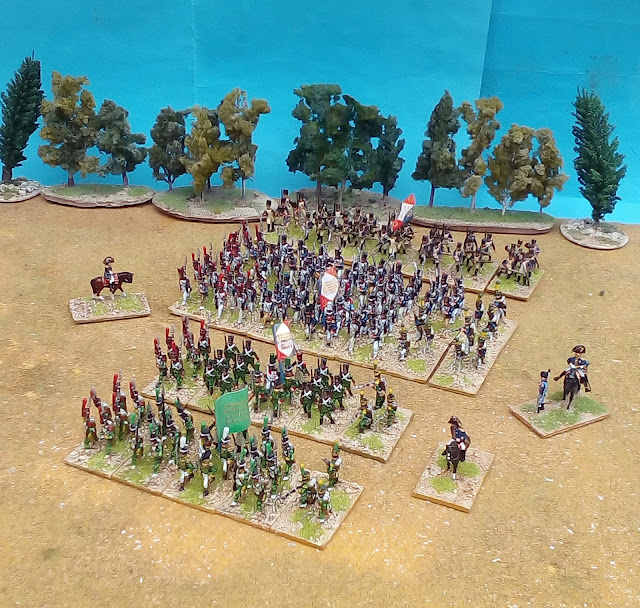 Solignac's Division also stayed in reserve, behind Moura, throughout the battle. I tried to use as many figures I could marching or standing as they didn't fight this day.

The Division had the Brigades Gratien and Thomieres, the last one particularly interesting as it had two green clad foreign regiments.

This post concludes the French Infantry side only missing now some reserve French cavalry and the artillery park. 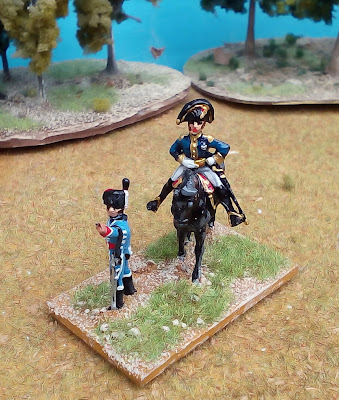 Jean-Baptiste Solignac is another figure coming from the Italeri Austrian/Russian command box with a head from StreletsR. The ADC is Italeri.

Solignac is an interesting figure as he fought for the French - against Portuguese and British- in the 1st and 3rd Invasion and later returned in 1830 were he fought in the Portuguese Civil  War, choosing the right side, the Liberal, against D. Miguel absolutist forces. He even became Grand Marshall of Portugal and was awarded with the Ordem de Torre e Espada, one of our highest state awards! In fact History never finishes. 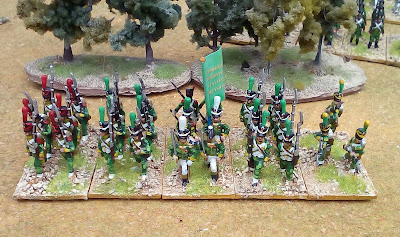 The Irish Regiment is made of Hat figures with a few sappers from Esci. 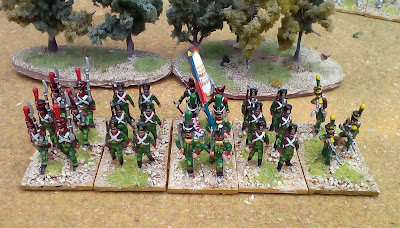 The Prussian Regiment is mostly Esci in the Fusilier companies and Hat in the Elite companies. 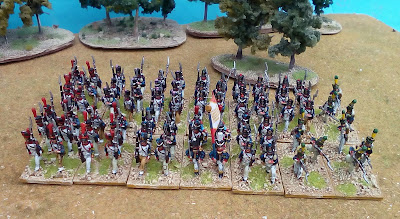 The 65th de Ligne was the largest regiment in the battlefield with over 2700 men. All figures are Hat. 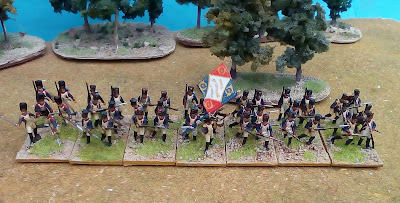 The last French line regiment I'll show you was in fact the first I built many years ago. Its a full Esci unit with the famous wrong habit (short turnbacks). The Grenadier company has Airfix Grenadier heads.

Posted by João Pedro Peixoto at 07:52