Rapid Fire! France 1940 in 20mm - Reinforcements for all Panzer Divisions in the making 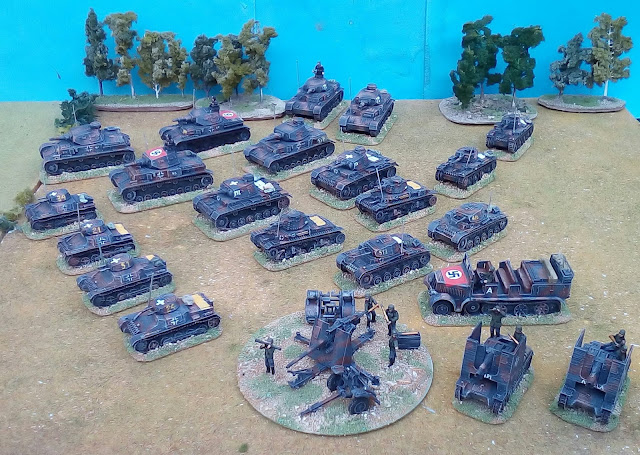 A stream of German reinforcements is joining 1st, 6th and 7th Panzer Divisions, the three PD's I have in the making. Well, making the 1st PD allows you to make any other equipped with PzI/II/III and IV so it can be any of the other seven PD's in France 1940.

All models are MiniGeneral with the Hasegawa 88mmm and tow recently offered by my friend José Miguel Mendes. See? People that offers me stuff even get their names on my blog and become famous! What more can you expect? 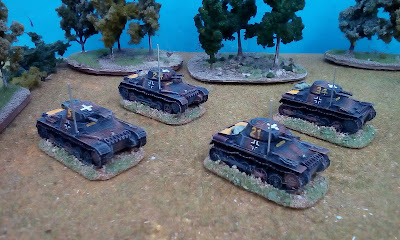 MiniGeneral produces the PzI A (front) and B (rear). Only the usual antennae and stowage were added. 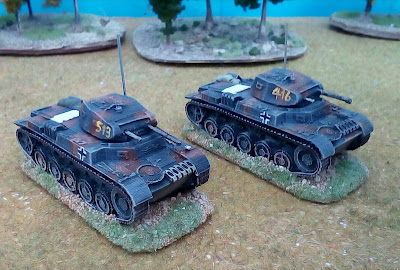 Two more PzII c were added with the usual extras. 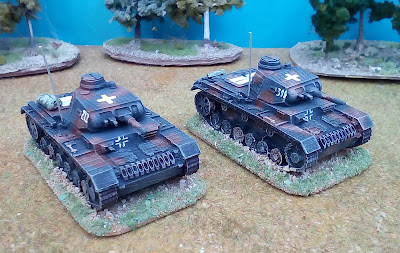 As you can see in these PzIII E the lines that so much bothered the first 3D prints are nowadays negligible in the Minigeneral models. 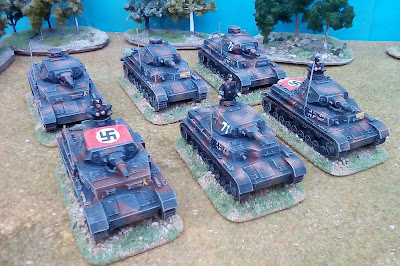 These six Pz IV A, B and C finishes my needs for this model as I already have two Armourfast PzIV C. Eight is the maximum number of PzIV you need for a 1940 Panzer Divison, two per battalion in the 3rd company of each battalion. The figures are PSC and Hasegawa. 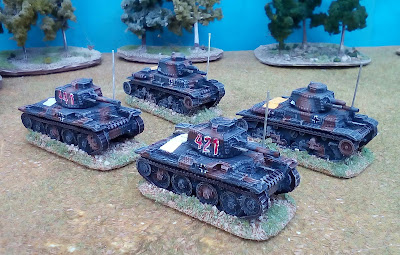 6th and 7th Panzer Divisons got a few more of these Pz35t and Pz38t. 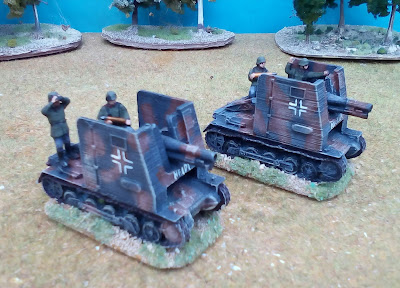 A pair of PzI Bison, one company, is enough for the five PD's that had them. The model is great and the 150mm Sig guns inside are particularly well designed.
My main issue here was with the crew. I used 4 Fujimi converted figures as its artillerymen but I've seen pictures of regular Panzer uniforms in black mixed with others with long boots around and inside these machines. Were the crews of the Bison mixed, both Panzer and artillery crews? Maybe drivers and gun operators had different uniforms as they came from different services? I opted for the artillery uniform not being sure that I'm right.

Finally the Hasegawa 88mm team built straight from the box. 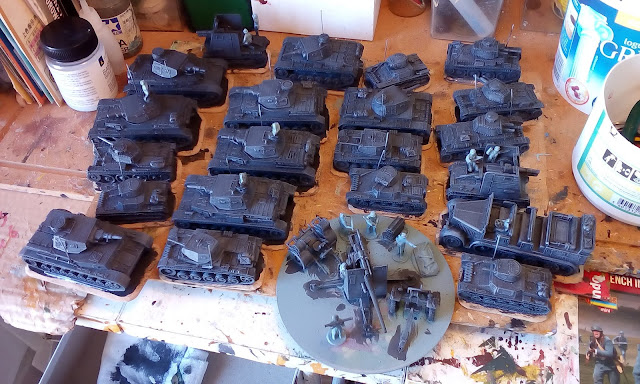 All these models were built at the same time. Sometimes this way becomes repetitive and a bit boring but when you get to camouflage you know you are getting there.

Next: Loison's Division for Bussaco 1810

Posted by João Pedro Peixoto at 05:53