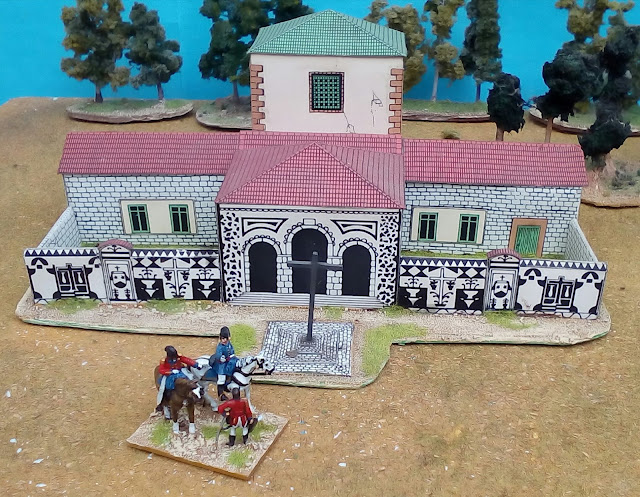 Along the years I put together enough Bussaco buildings to represent the entire battlefield structures. Still missing is the mountain itself that will be built in styrofoam.

This one is the famous Convento dos Carmelitas Descalços in the center of the walled forest park and also the place were the Palace Hotel grew leaning against its back. Wellesley stayed here before the battle and his horse was tied to an olive tree that still stands a few 5 meters from the cross.  Its a very old card Draper Model that existed for sale in the Military Museum of Bussaco decades ago. It was very easy to put together as many of its features, like the stairs, were only printed. 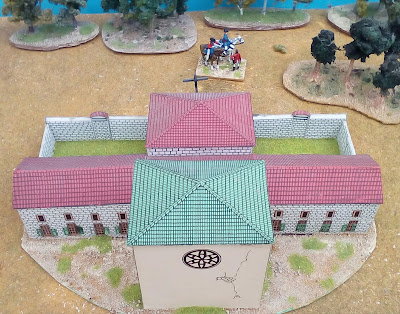 This back view can still be seen from the Palace Hotel. 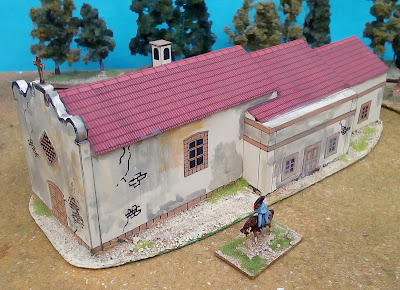 This is another Draper Model that represents the Capela do Encarnadouro that served as an hospital during the battle. Nowadays its the Military Museum of the Battle of Bussaco. 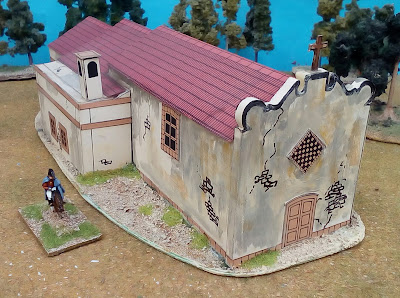 Its condition nowadays is quite pristine so I made it look a bit older and decaying as it probably looked during the battle. 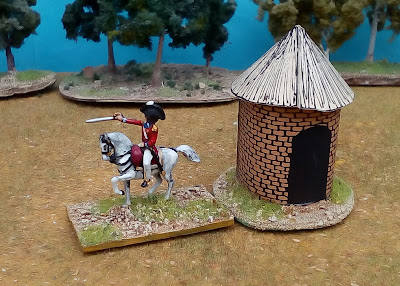 Also from Draper Models are the two next windmills. They are simple affairs and this one represents Sula windmill from were the famous Crawfurd directed the volleys of its Light Infantry Brigade on Loison's Division. 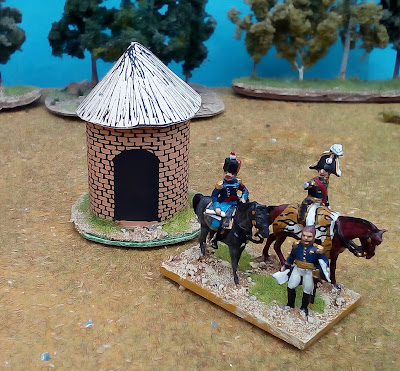 The other one is Massena's Headquarters at the village of Moura. 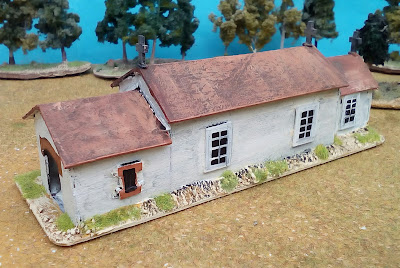 This one already showed in the first two parts of this series and its the Capela de Santo António do Cântaro. 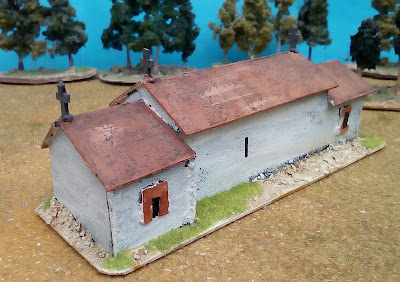 The model is scratchbuilt in card with some wood for the three crosses on the roof top. 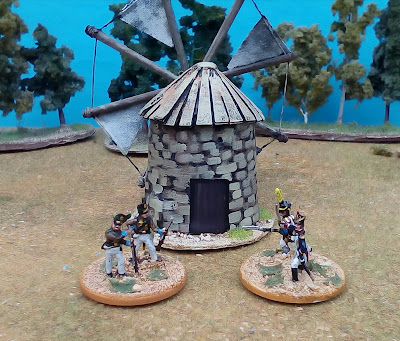 This is Leith's windmill very close to the place were violent hand to hand combat ocurred in the eastern part of the battlefield. 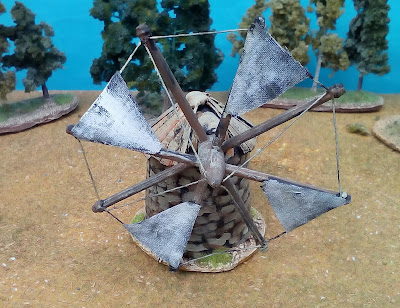 It was also scratchbuilt in card, wood and tissue. Unfortunately its nowadays a private building and its closed with a metal door. Besides it stands in a very difficult place to find in the battlefield due to the access and the damn eucaliptus that floods the area. 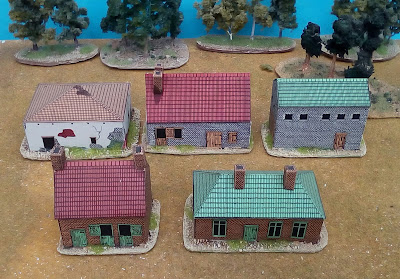 Now for the local's houses. These ones are from Draper Models and were intended to represent Sula Village. 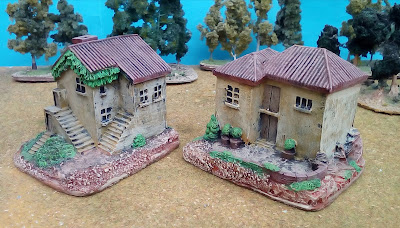 This small lot was bought in Serra da Estrela, 100km from Bussaco, and are resin handicraft small houses. After a repaint they look quite similar to the houses that existed in the villages around the battlefield. 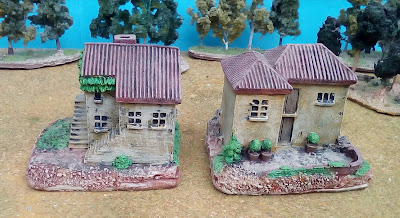 Size is aproximately 15mm which is the size of most of these buildings, ideal for 20mm figures.

This other group are some card houses from a very old Portuguese collection. Also simple to build I varnished them with Wood Glue, as I do with all my card models, so they can gain a bit of the plastic strenght and endure the years.

The two houses in the corner didn't have painted backs so I made some drawings there and placed some colour.

Next: The start of Ney's Corps with Marchand Division.

Posted by João Pedro Peixoto at 07:45