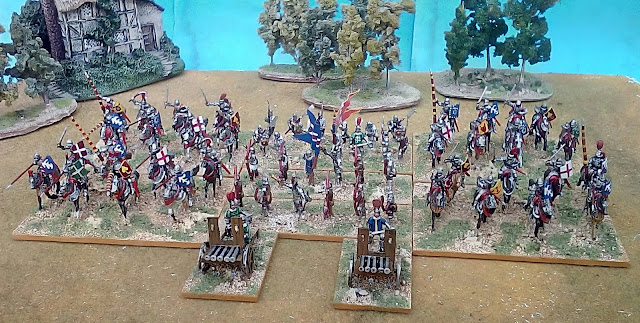 Another batch of Hungarians finished. The Hungarian CP stands are now 11 and I'm done with heavy cavalry. Archers and Crossbows are also done with 2 and 4 stands each. At the moment there are 20 Impetus stands for this army but still I need another 20 for more Armati stands and to start the Clipeati (with those big tasty pavises), Hussars, Hungarian CL, Landsknecht and some heavier artillery. 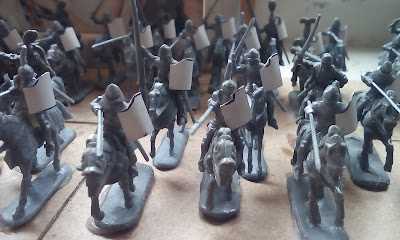 The CP are RedBox and Miniart. The only addition was a plastic card shield. 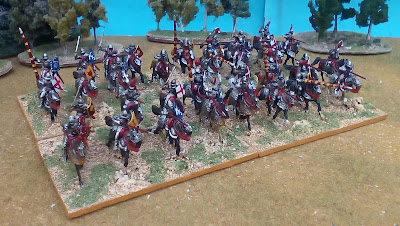 I placed as much Hungarian heraldry as I could find but still this group looks like many European heavy cavalry of Early Renaissance. 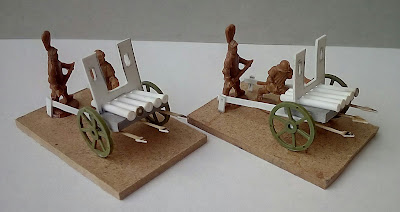 I made two Ribaudequins from EverGreen plastics and old wheels from the tail of the Airfix Mark I WWI tank. 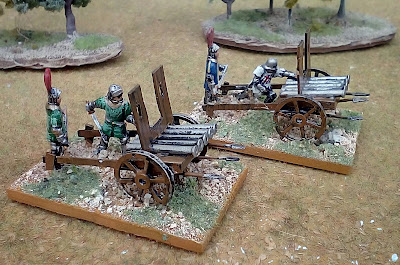 The crewmen are converted RedBox figures. 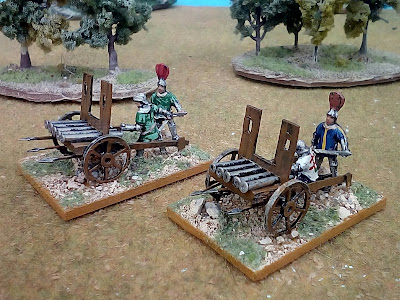 The Hungarian army had some 85 pieces of artillery ( against 300 Ottoman) at Mohacs so I still need to find a few more artilley pieces of an heavier type. 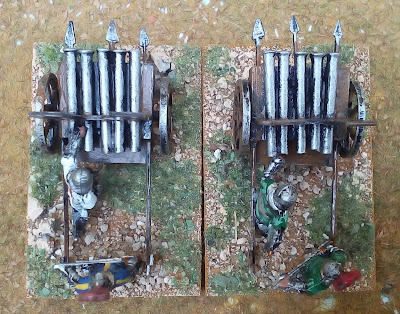 The spears at the top of the artifact arte stretched sprue. 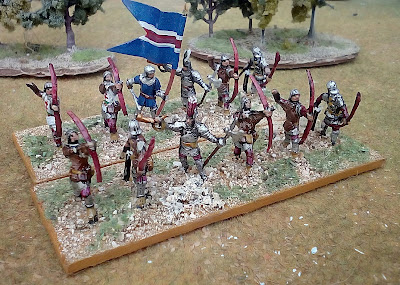 The archers are RedBox from the Men-At-Arms and Retinue box. The flag is a colour photocopy of my own hand painted designs. 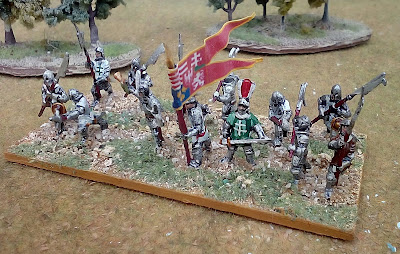 These are the Armati from the same box with a flag given to me by Stephen Sheard.

Next: with the arrival of a batch of new Minigeneral models its time to go back to France 1940.

Posted by João Pedro Peixoto at 09:20