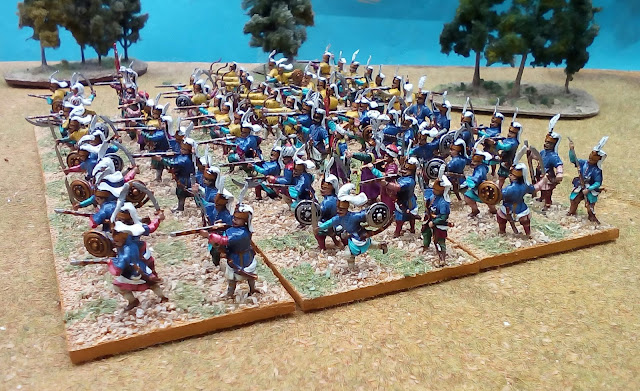 The Janissaries from Zvezda are one of the most detailed sets around and the figures are of high quality both due to detail and plastic quality.
Another issue is painting them.
There shouldn´t two Janissaries dressed alike and I tried to do so with the exception of jackets to keep some uniformity as these guys were one of the first standing large unit in the world. Blue was the most usual colour but many other were used. For not to drive (even more) crazy I used the same 6 or 7 colours along the stands, dividing the lot in two groups, one based on blue and another in yellow. 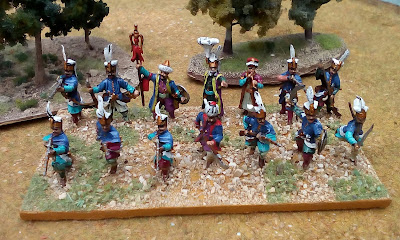 This command stand contain the three figures designed for that; the Sancak Bashi (standard bearer), the Çorbadji (which in fact means Chief soup-maker) and a musician. 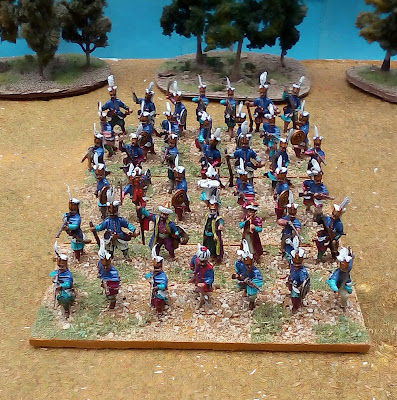 The entire Orta (regiment) but there is no such thing as units in Impetus. In the future I will try to make some rules for my own, with Impetus Baroque as base, but in which I can include Orders of Battle. Then one of these stands will be an Orta and all six will be the probable number of Janissaries Ortas at Mohacs 1526. 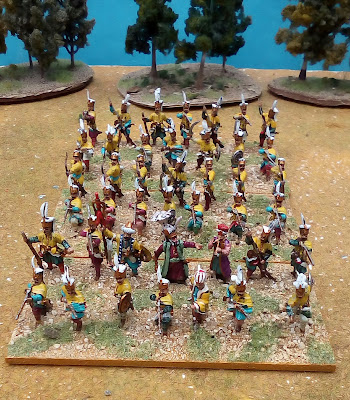 The yellow Orta looks better than it is. The Yellow colour was a nightmare to paint. I even checked some sites on how to paint this damn colour. I ended by aplying only one layer of thick yellow being careful for not to pass two times the brush on the same spot. 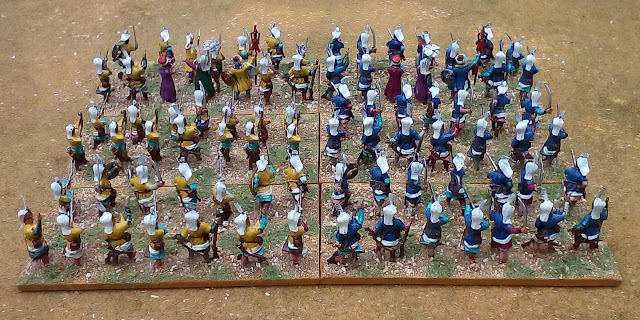 From the back you can clearly see from were came from the inspiration for the future Spanish and Austrian Grenadiers of 7YW and Napoleonic fame.

Posted by João Pedro Peixoto at 10:35